So I have been touching up a few projects, just to get things in order.  I noticed while reviewing my chaos army, that a few figures were a bit out of place due to some off coloring.  I took some time and get that remidied lastnigh.  Also painted up Serial Eve as Black Vasken's new vivascious girlfriend.

Also slapped some names on the reinforced terminator squad I am bringing to Oldhammer Weekend USA.  After some discussion on the facebook page over a recent battle report, that included a model of the Alamo.  It has been decided to have a full Alamo in 28mm at Oldhammer day.

Coincidentally, after my last Space Hulk report I had really been thinking of renaming my terminators after an American historical event.  I had actually been toying with Alamo themed names, so when all this discussion happened I had to go with it.

This reinforced terminator squad, will be outfitted with close combat weapons.  As well as crack grenade harness.  This should make them pretty dangerous in an assault or defense.  I also have added in a dreadnought.  The only figure not done is Schmendricks dog Worg which I have but is just idling on the painting table.

Anyway thought I would get these all up for you to enjoy.  Have a great weekend, and keep those paintbrushes tactical. ;) 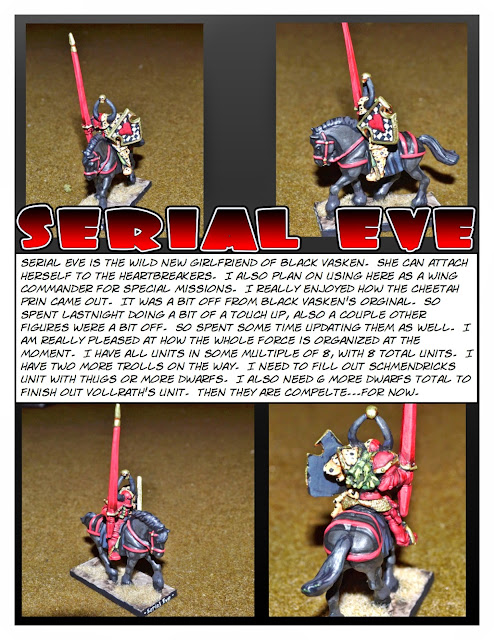 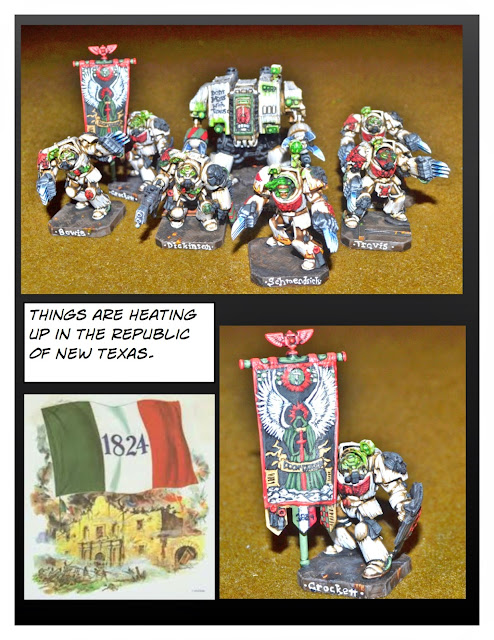 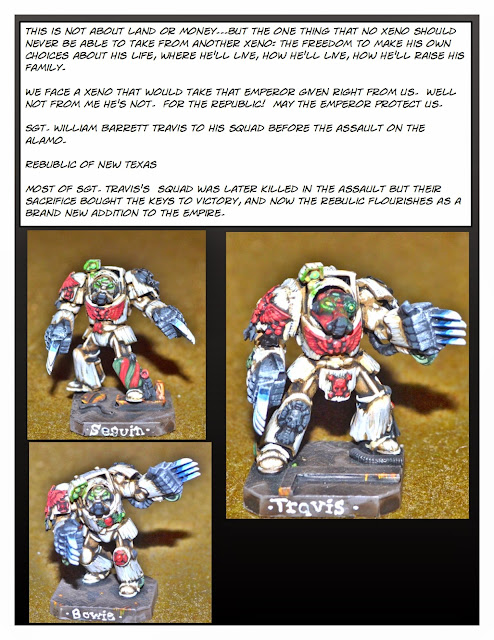 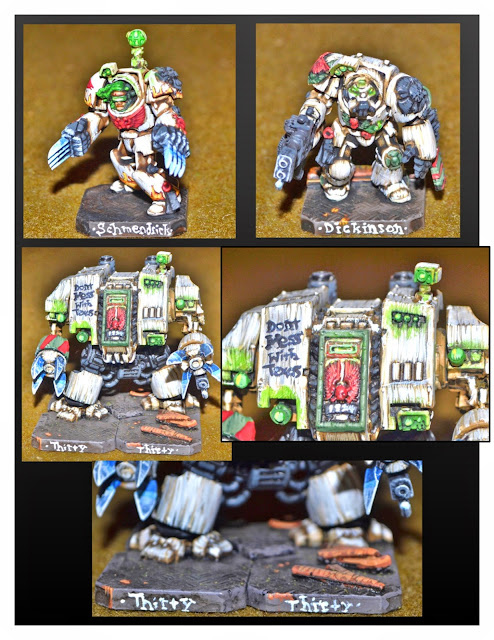 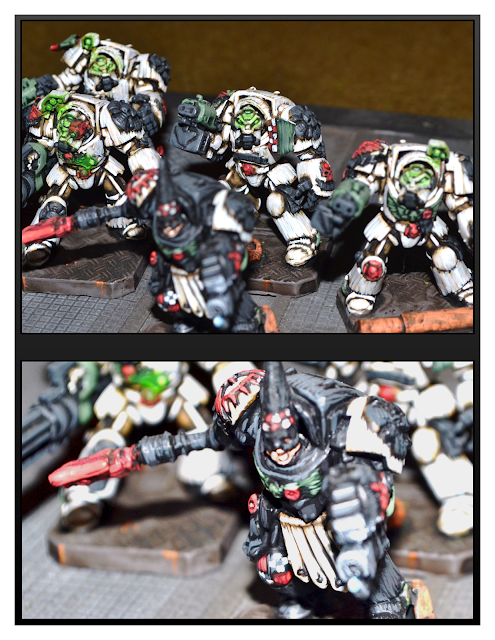 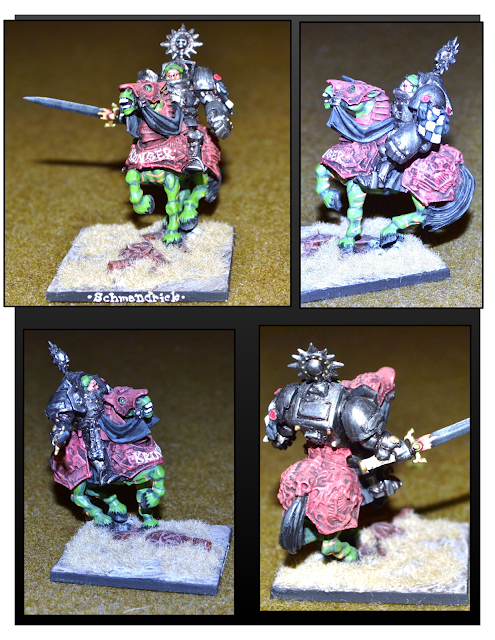 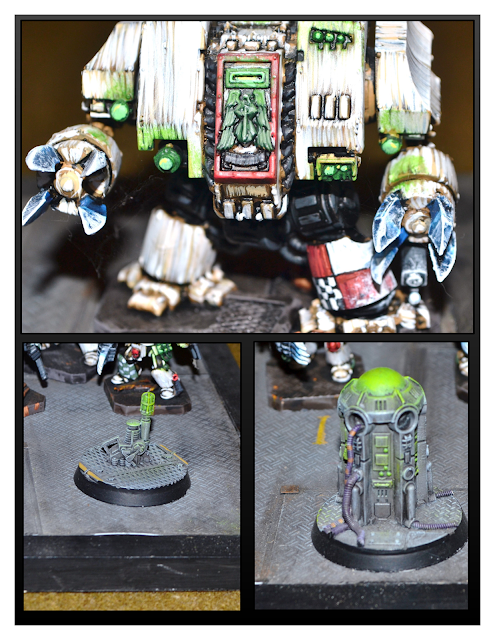 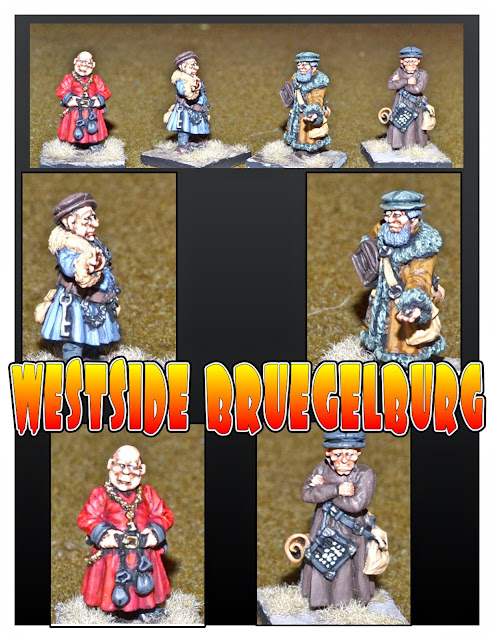 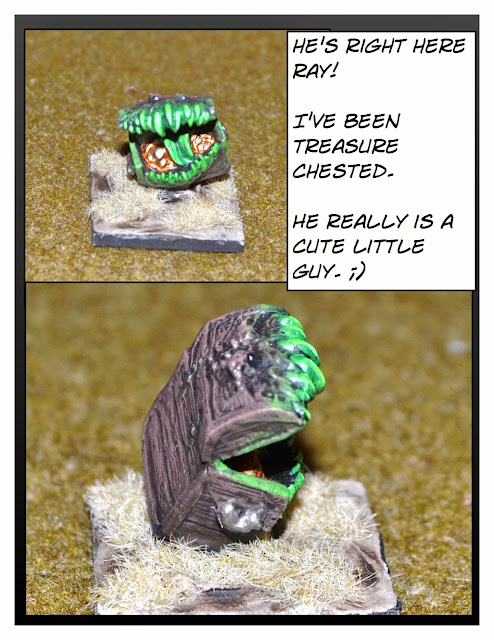