G'day M8's!  I have some exciting news for you today.  A joint project proposed by the Governor Gen. of Sector 6 and yours truly.

So in roughly 6 months time there will be fighting among the stars....read on for more dear friends.

The plan is to each build a ship and then reuse his old one The Mary Shelly. Also each ship will include around 6 aircraft.


From the dear Guv's blog:

So my friend Mike, owner of Goldmine Games, (and longtime Ork player… nobody’s perfect) was lamenting the fact that years and years ago, he was dumb enough to sign up for a tournament at a major convention and missed out playing in a huge Ork battle with lots of yelling an laughing. He has always regretted it.


I asked him to describe the event, and he said the only thing he knew for sure was that there was an aircraft carrier involved.

Well I did some researching and found some old pics of the game.

Apparently it was a huge game of orks vs tau with the ork planes dropping stormboyz into the fray.  Sounds exciting....but I think we can do it better.

Now I knew right off the bat I wanted my ship to be for my Warhammer Chaos army.  It has lately, along with my setting really taken on a heavy dose of Rogue Trader.  So it wouldn't be to much of a stretch to make this work.

But where to find a fantasy aircraft carrier for inspiration?

I give you Thundarr the Barbarian! 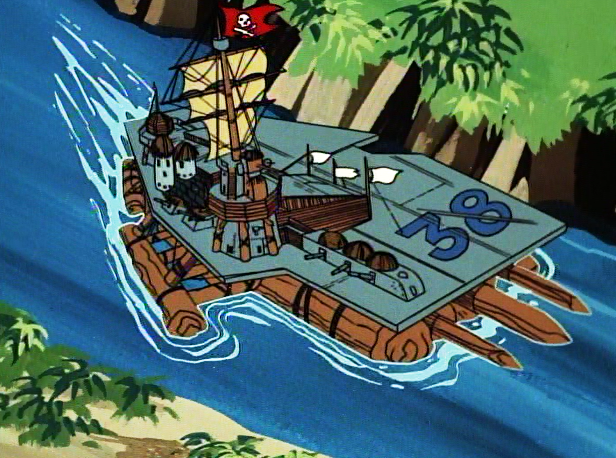 As soon as I saw this I knew it had to be done.

You can read more about the episode here, or watch it here.

So now to get busy...here is my rough start.  I am attempting to use as much materials as I can find around the house.  Using mostly Styrofoam and cardboard is the course for now. 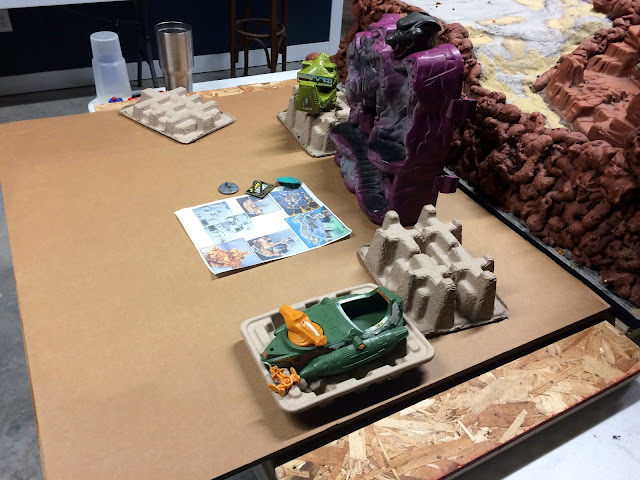 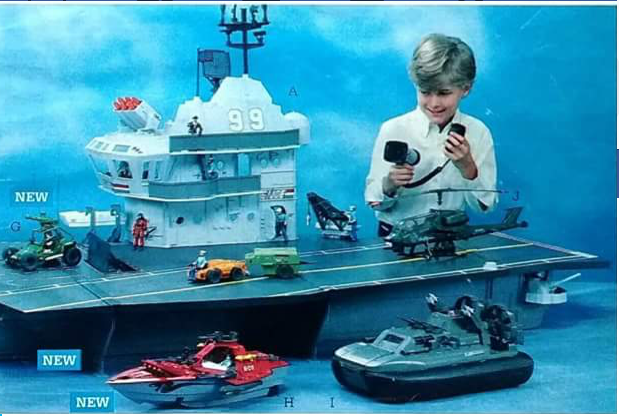 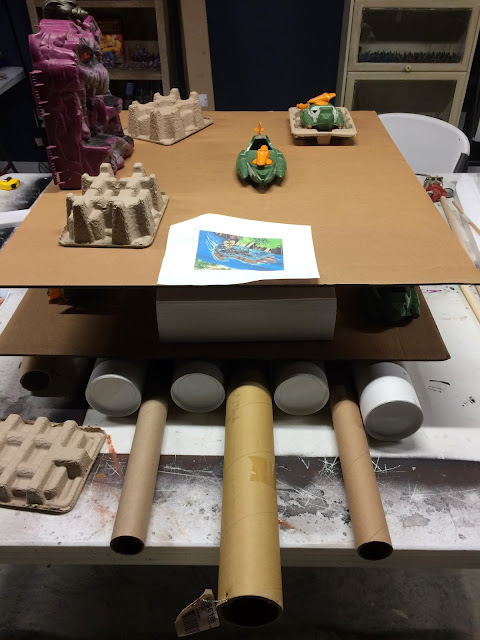 I wanted the flight deck to have an elevator like the Mary, then the hangar deck would hold the other aircraft and hopefully have enough room to battle through as well. 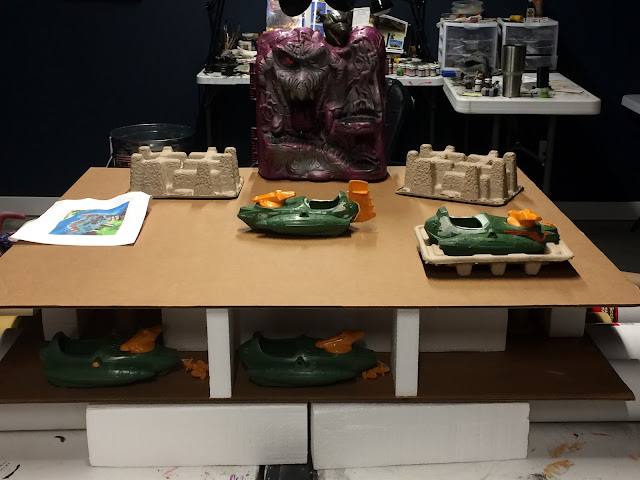 I knew I wanted part of Snake mountain as the command tower, so in game I can use the microphone.  LOL 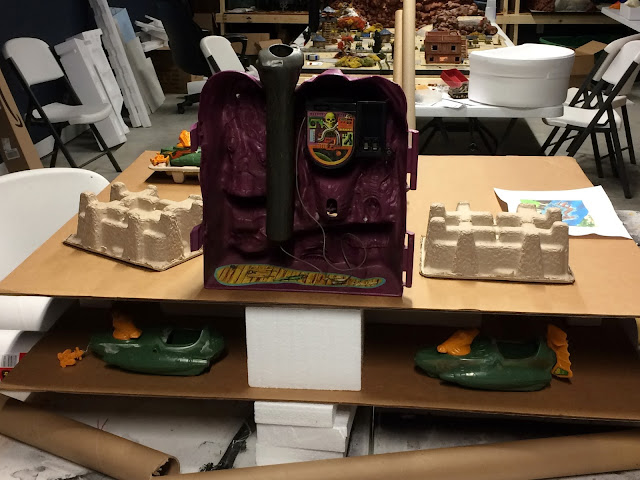 As you can see below I have started trimming the decks to give them their aircraft carrier shape.  My initial thought was to keep it around 2'x4'', it grew to 3'x4'. 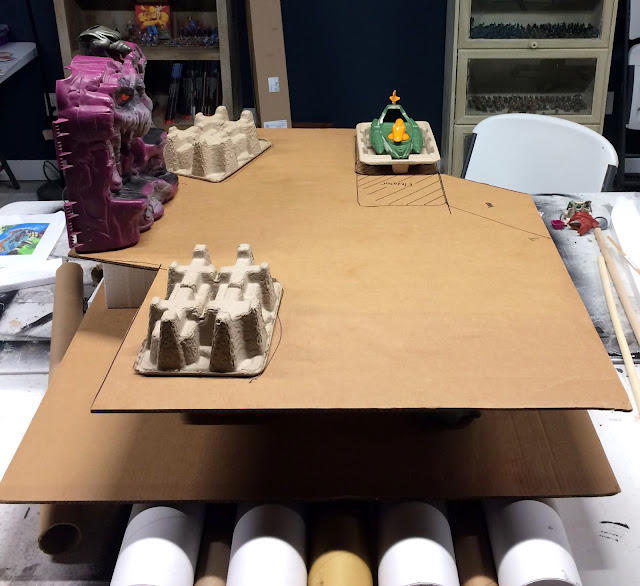 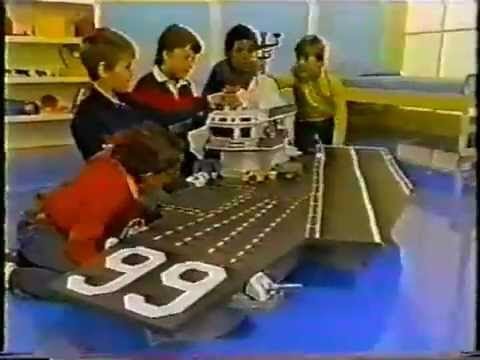 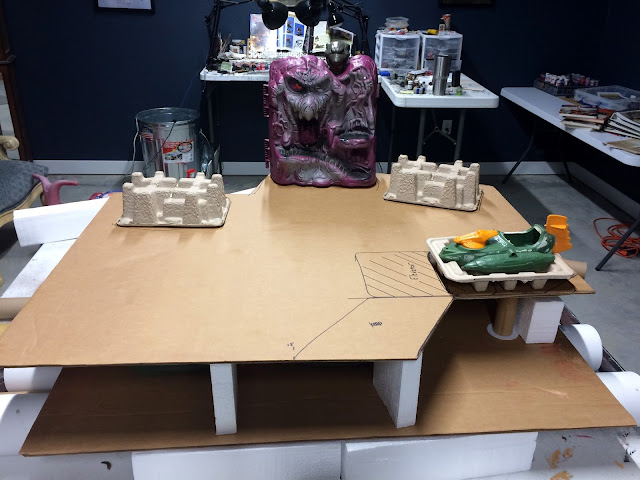 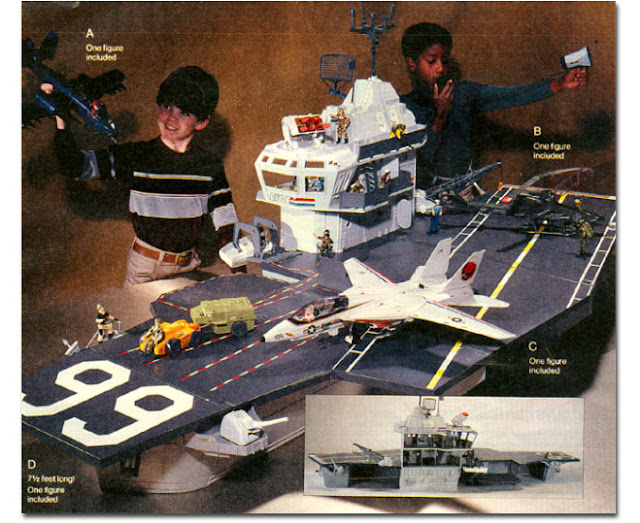 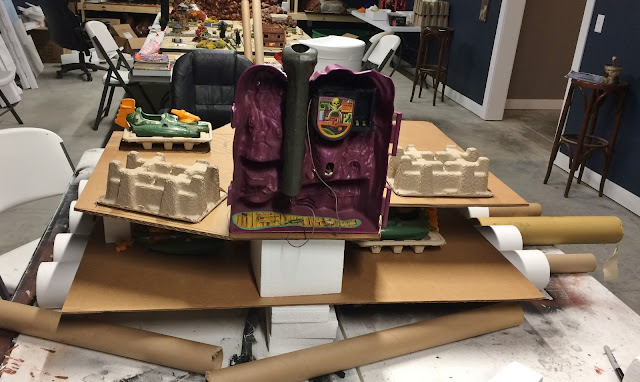 In the end I did need to buy a few items, and I purchased them from these 2 places:  Scotiagrendel
tiny-furniture as well as a new fleet of 6 Wind Raiders of eBay.

The plan is to have some sort of travel between Sector 6 and Graveskul, with a murky Bermuda Triangle type place in between.  Taking the narrative of his 4th Reich and partnering them with Count Grabbo and his Nazi Zombie horde, it seems fitting that they would be in cahoots.

I've decided that Graveskul is now located on the planet of New Texas. Bravestarr has heavily inspired my setting, and I thought it fitting with the cow town feel of Graveskul.

So there you have it, 2 crazy bloggers, with one zany plan, and just enough hobby steam to hopefully see this thing through.

If you can't tell I'm really excited about this project, and it's really going to test my hobby skills.  I hope to have more for you in the next week or two.  So stay tuned.  Also do check out the Guvs blog for campaign updates as well.  ;)