Juggernauts of Khorne with a Twist

I'm sure I'm not the only one who has a love/hate relationship with these models.  I've bought them...then sold them...then bought them again...only to be once again burned and sold them for a last time.  I think my issue is that they are great models, but that they should be twice the size they are...maybe even bigger.  So what to use for juggernauts instead in my Chaos army? 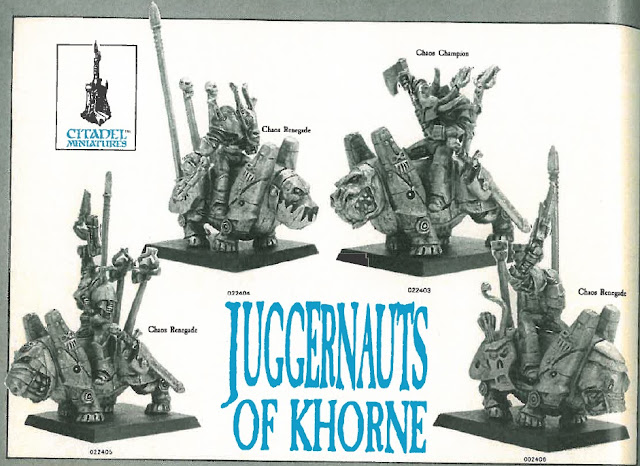 Well let's first examine what a juggernaut actually is from Realm of Chaos. 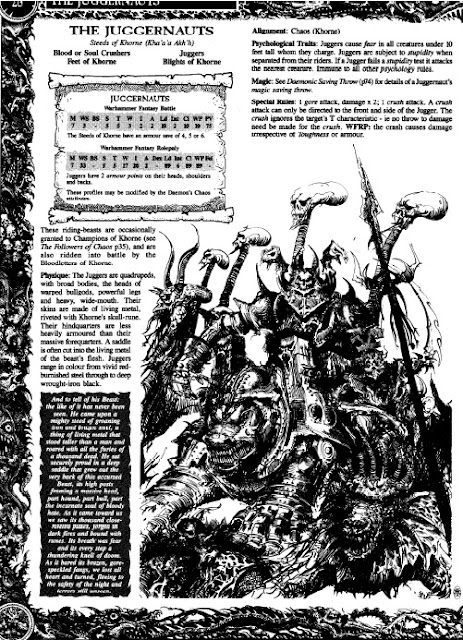 Who wouldn't want some of these in their army.... 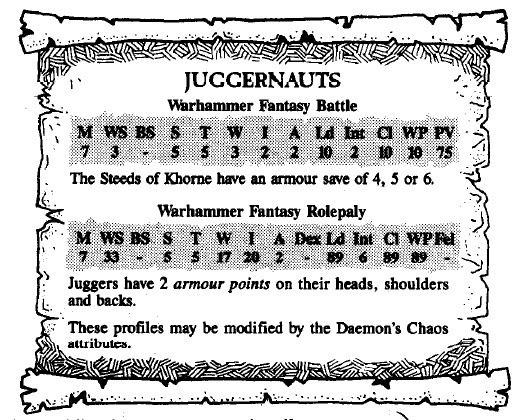 Though they seem a bit weak, especially at 75 points. Keep reading, yup that's when you get to the special rules

x2 damage and one crush attack that only has to hit!  Not overly OP  but I still really wanted some.

So back to my earlier quandary where to source some models...then it happened.

One night I turned around from my hobby desk to see my daughter playing with Stridor and Nightstalker on my game table. 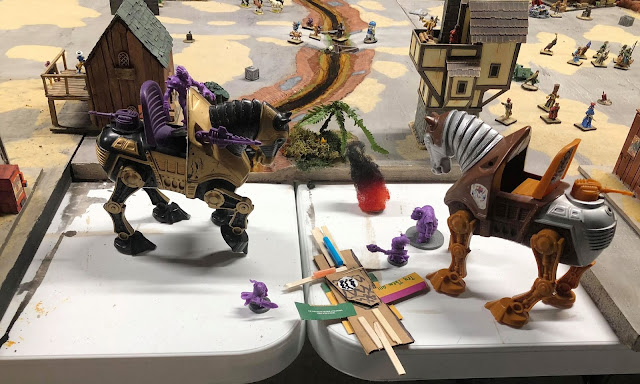 Well what do you know...they scale pretty good to the buildings.  They seem a bit clunky and slow. But how to make it work?

I got some scatter terrain and the tops of the packages looked like they could fit a 50mm square base.  Was it possible?

Could those be a howdah for my trolls!  Don't worry I didn't take my daughters toys...I bought 2 more copies off eBay. 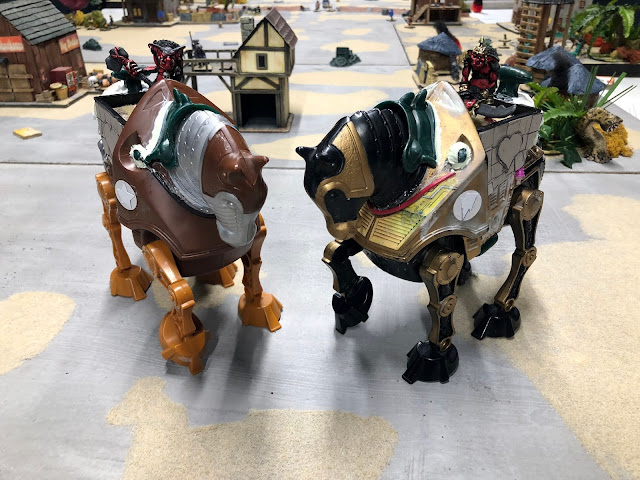 I also got some spare Panthor armor and beefed up the armored plates on them. 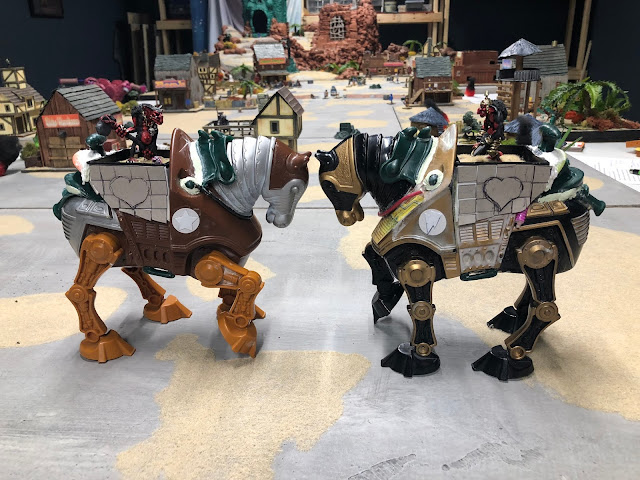 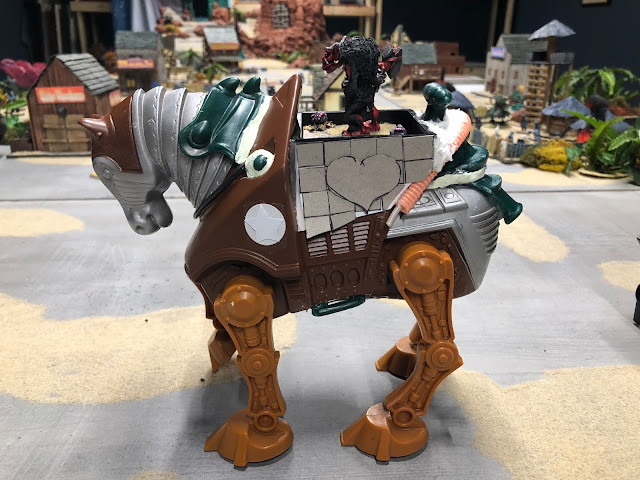 I made the hearts and checks to go along with my theme already established in my chaos army. 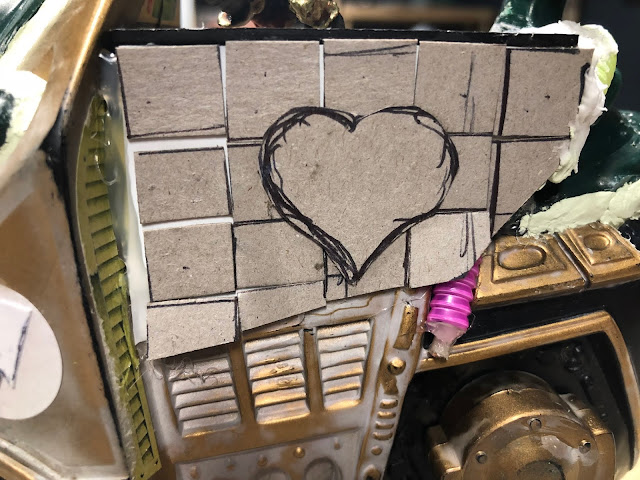 I added a star and lightning bolt on the armor to individualize them. 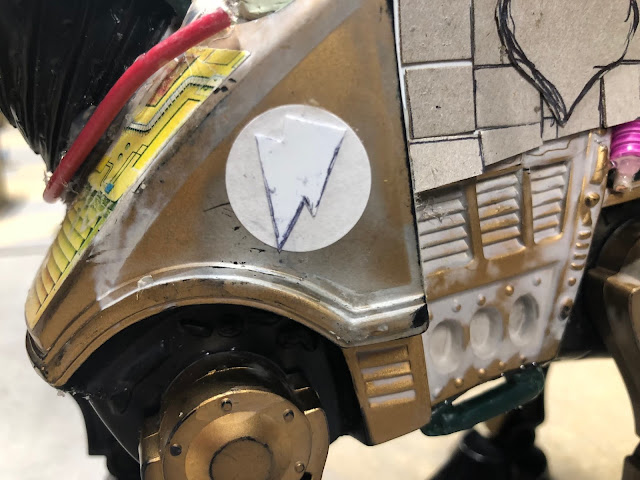 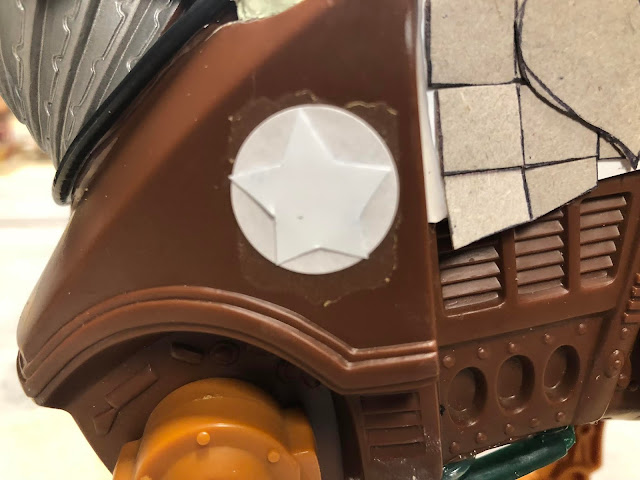 I don't know about you but these remind me of AT AT's from the battle of Hoth! 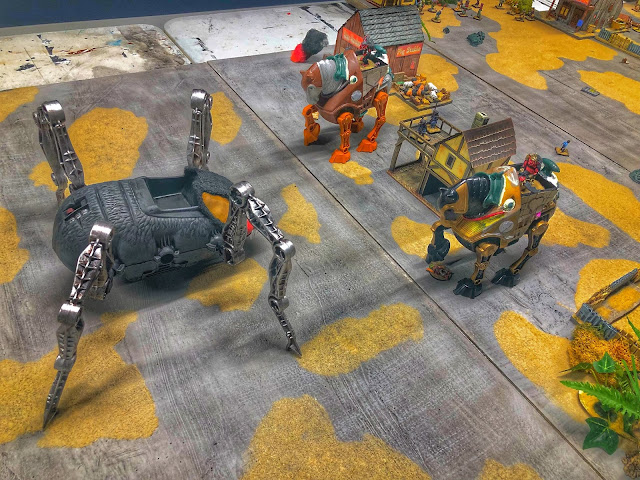 I kept the overall scheme red and black with white yellow and green accents to keep my chaos theme.  I also added the skeleton warpaint on them as well to match the rest of my cavalry.

Oh a chance to go full Motu...By the Power of Grayskull! 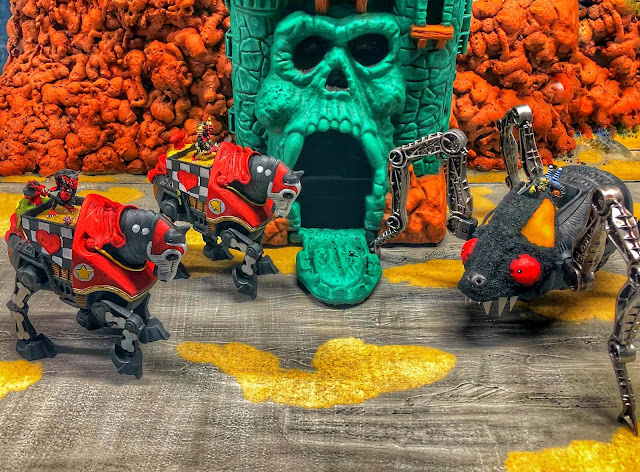 I think Nigel and Gav like their new rides...and now they can keep up with the rest of the cavalry. 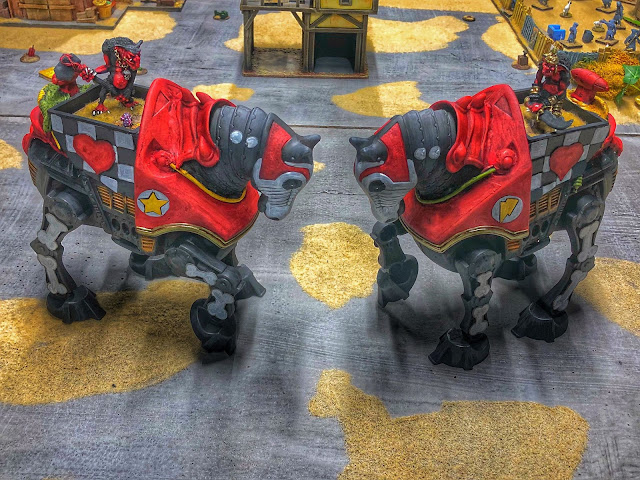 Now my army is fully mounted....Bloo is gonna love this! 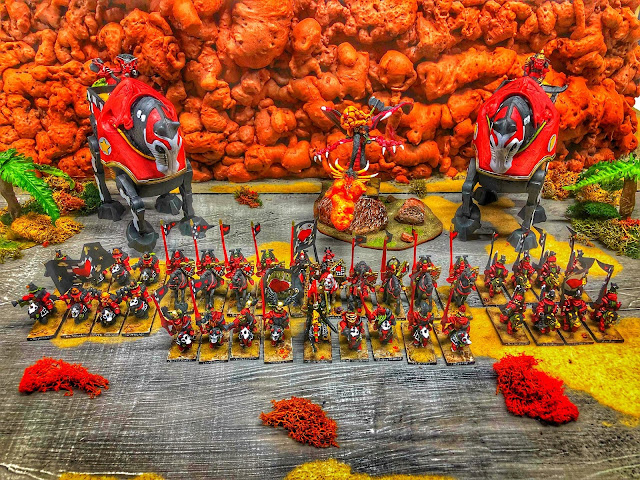 They will be getting their first taste of action in about a month for Monolith-con.  They table is nearly done.  So be sure to stay tuned for that exciting action. 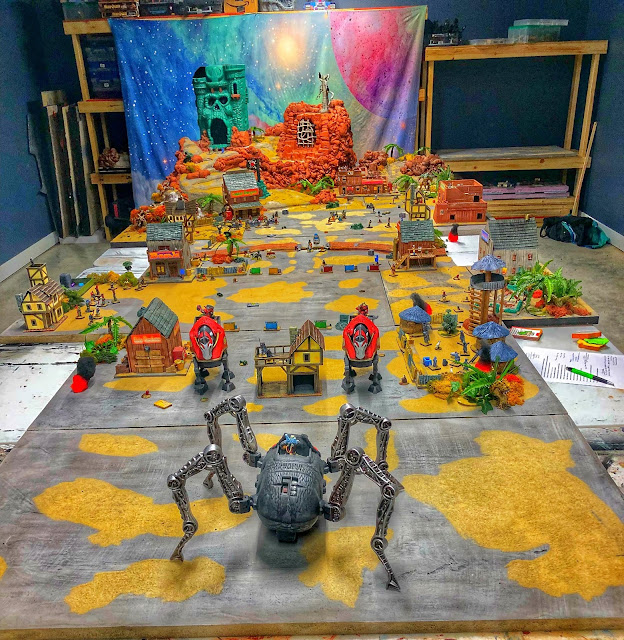