RoC: Survival of the Fittest

So with two chaos armies complete, it was time to get a game in.
After the initially thinking I would have to have a solo campaign I got my brother and father to coordinate as GM/opponents.


I wanted to do a small campaign using the survival of the fittest rules.
http://realmofchaos80s.blogspot.co.uk/search/label/Survival%20of%20the%20Fittest

I also got the cards ready for random turn activation. I really liked how these turned out. After letting each army move as a whole the first turn. The following turns worked out great and added a great amount of tension and anticipation to each turn. Each unit had it's own card then after all units had had their turn we resolved all combats. I did try my idea of using the Fire and Fury charge table, however I did not like how it worked out. So the next battle will be strict 3E. except for the random turn which worked out just like battle masters used to.

I really liked how the army preformed, and now have a better idea of it's capabilities. I also need to be very wary of those chaos knights...ouch!
Though I (Vollrath) pulled out a narrow victory and won the chaos weapon.
I had horrible luck on the casualty table, as I rolled all 6's for my marauder infantry. Rough.

Enjoy till the next write up. If anyone has an scenario ideas for the next battle feel free to share, I haven't given it much though yet. 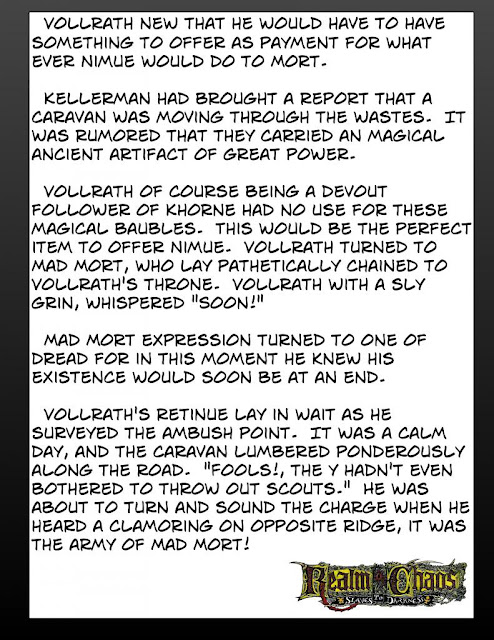 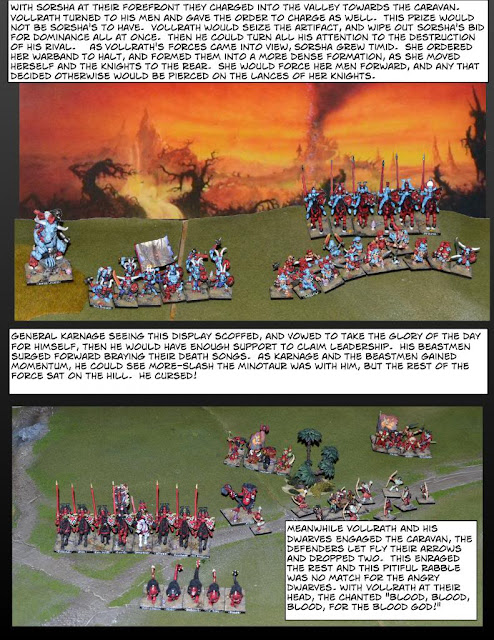 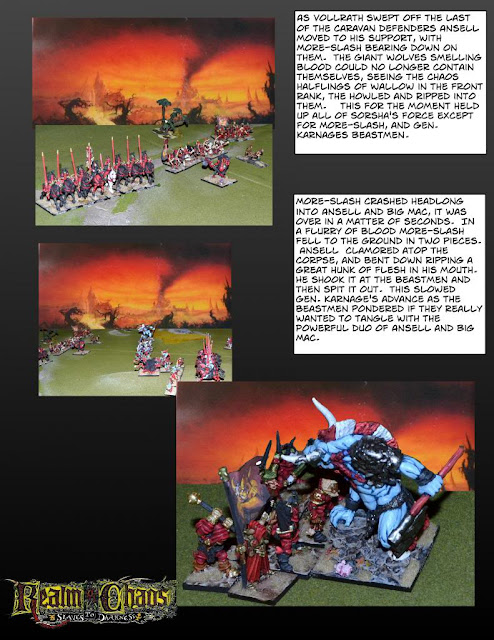 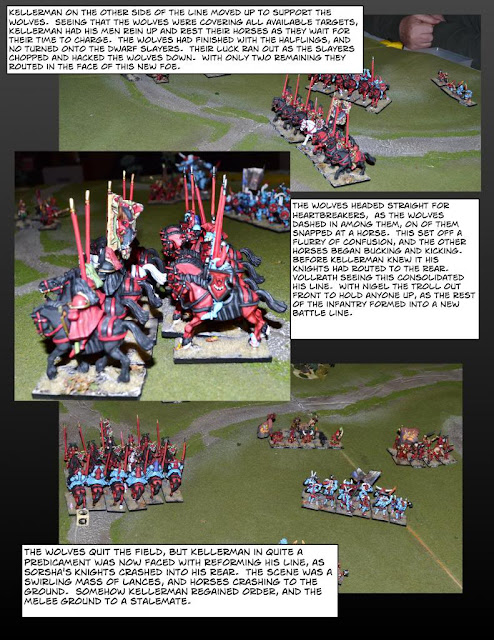 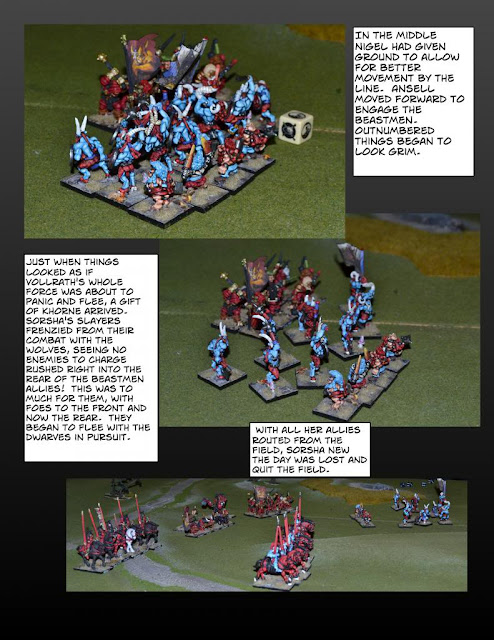 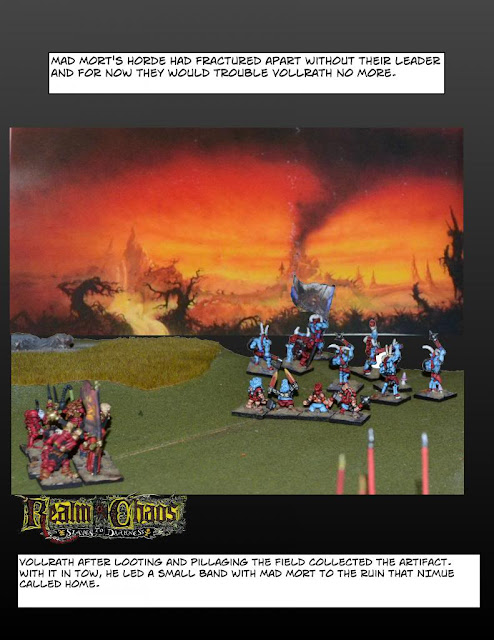