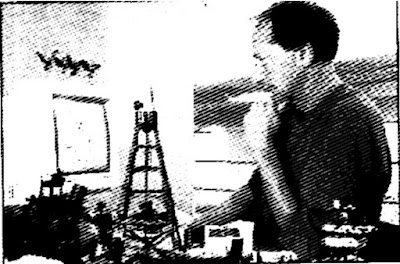 So the pinnacle of my trip was getting to meet the man I had corresponded with all last year.  Himself the Stillmaniac Sir Nigel Stillman!  If you aren't familiar with the Quest for Stillmania articles check them out here.

Nigel got in mid morning, and came right up and started chatting.  It's like we hadn't skipped a beat from our e-mail correspondence.  We talked a lot about the local history and archeology.

One interesting note; we got on the subject of Vikings and their expeditions to the new world.  He has a theory that somewhere yet to be discovered there will be Viking swords or Chain-mail suits found in an ancient Indian Camp.  I then told him that we have an ancient camp up the road from us.  Where my dad, and then us boys would find arrow heads as kids.

He was very intrigued, and hoped we find a sword at some point there. Fingers crossed. ;) 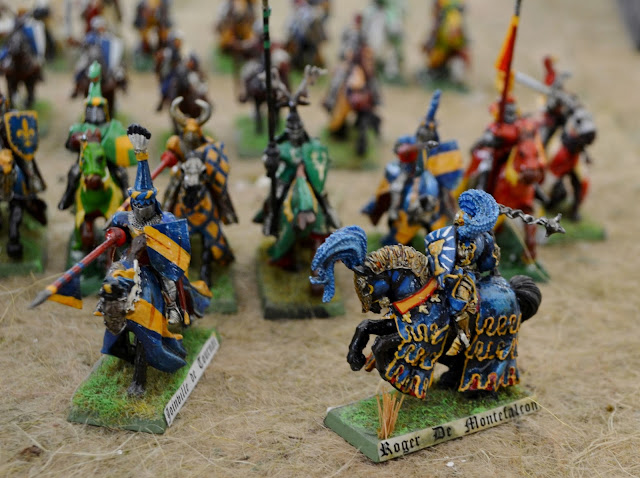 Then after lunch Nigel brought out his Bretonnian army as seen in White Dwarf.
With all the named characters, and that lovely boat lacquer.  Which made his minis virtually indestructible.

He did note that only a couple minis were shown in the articles, as the rest were deemed not up to studio quality.  I found that a bit unfortunate as the whole army is quite a site to behold as you can see. 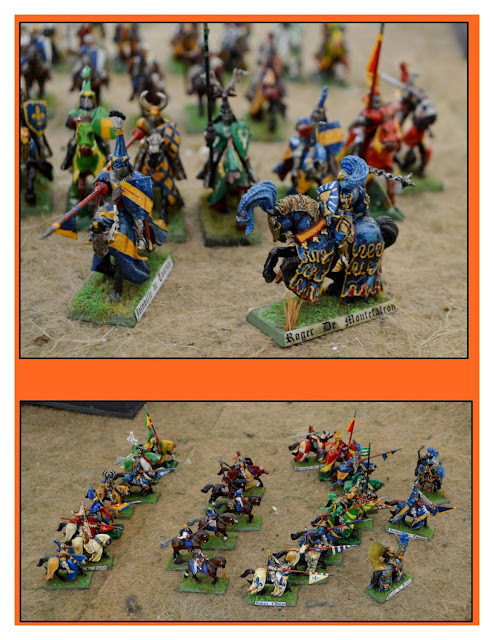 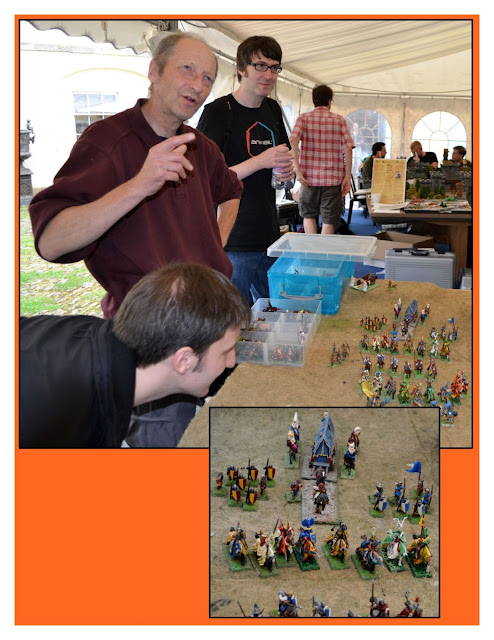 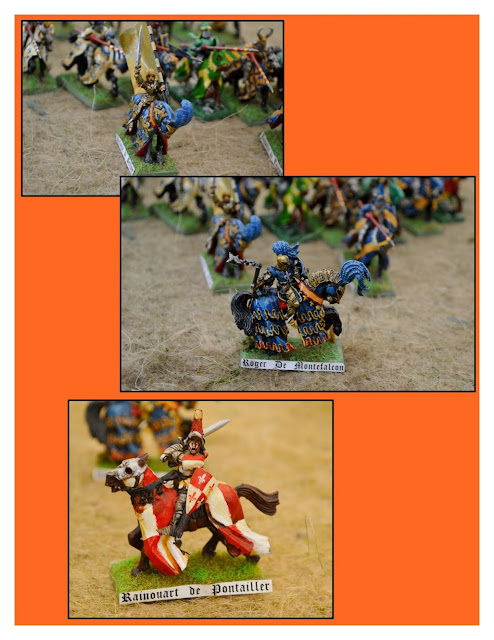 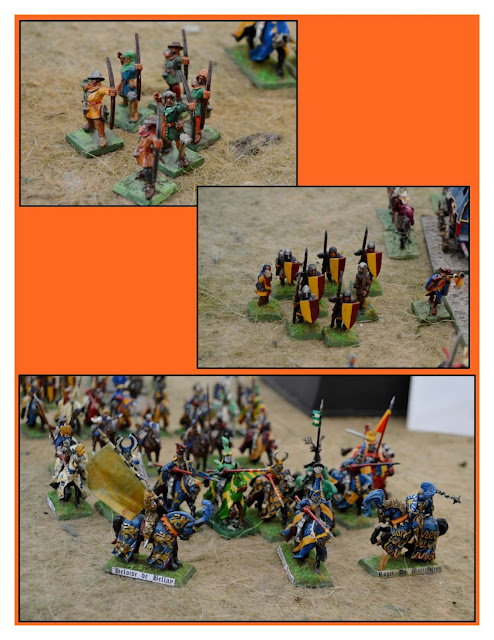 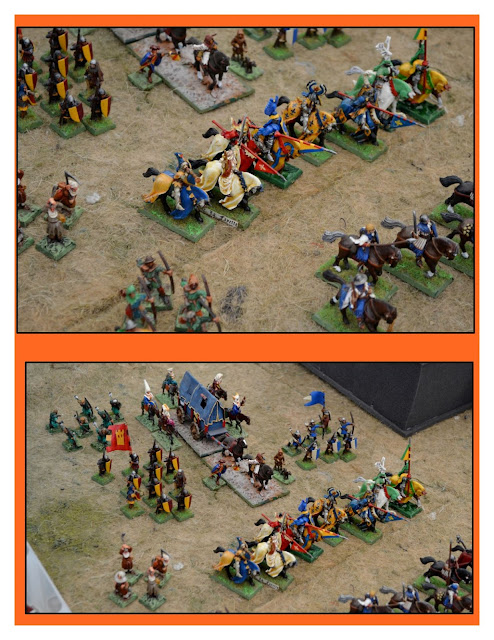 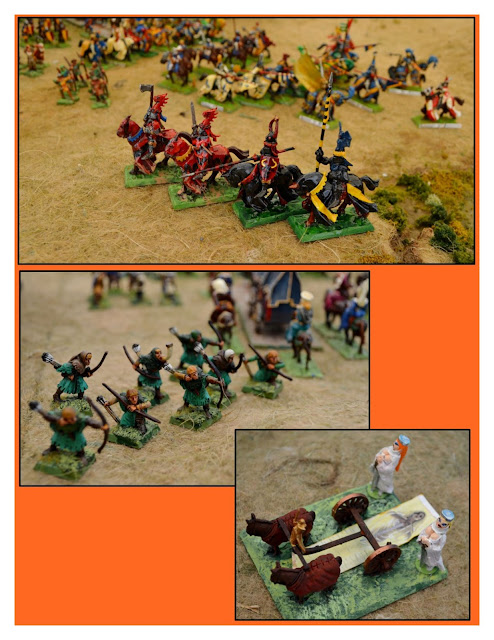 Sunday Nigel brought out his self sculpted and scratch build post apocalypse miniatures.  Where we got a chance to discuss his North Sea post apoc game that never got produced.  He was a bit foggy on all the details that the game was supposed to be.  The gist of it though was a mad max, dark future, gorka morka type game set in the dried out North Sea.  Were the landscape was like a desert strewn with shipwrecks.  The minis looked great against the Hells Reach table as a back drop. 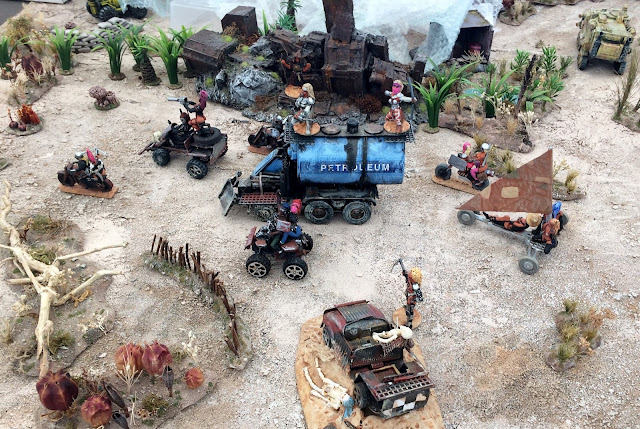 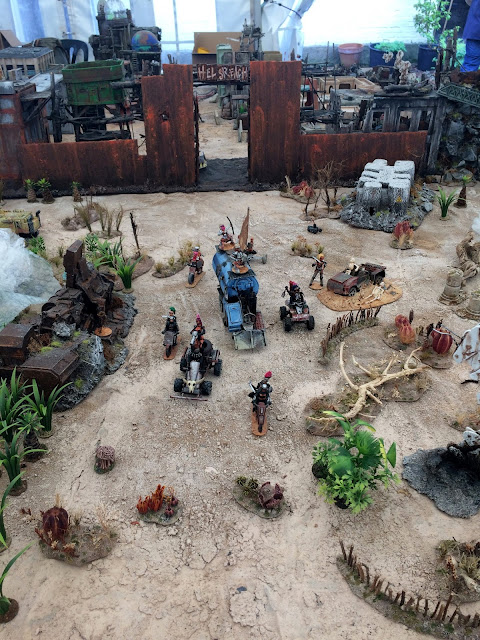 Nigel also brought out his handmade reconstructed Sherden Helmet he built when he was a Bronze Age reenactor. 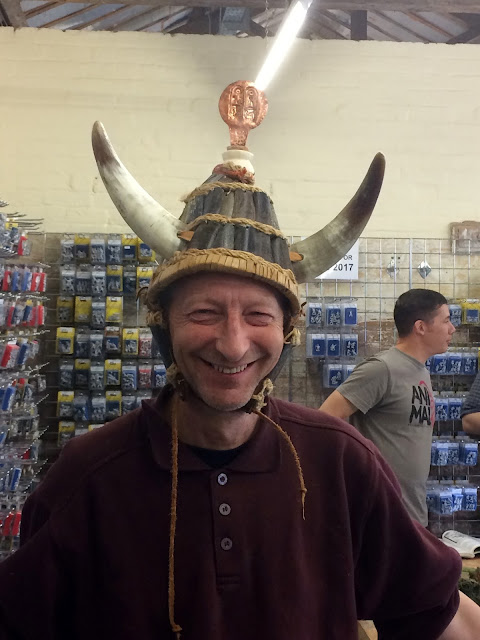 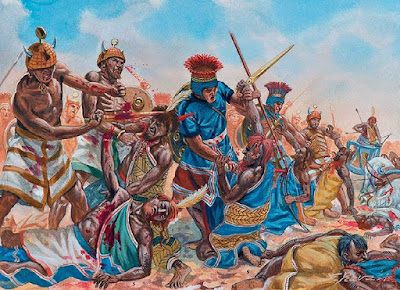 Nigel really has a deep appreciation for Early/Pre Biblical history.  He stated that it is such a fun period to game, as he can mix fantasy and history together and no one can tell you any different.
He even let me try on the helmet!!! 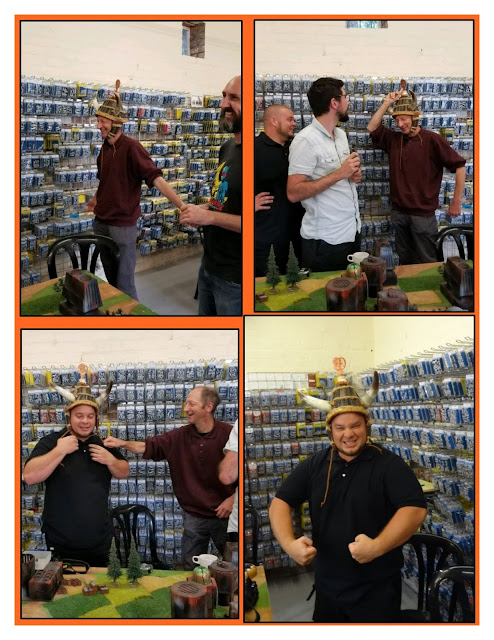 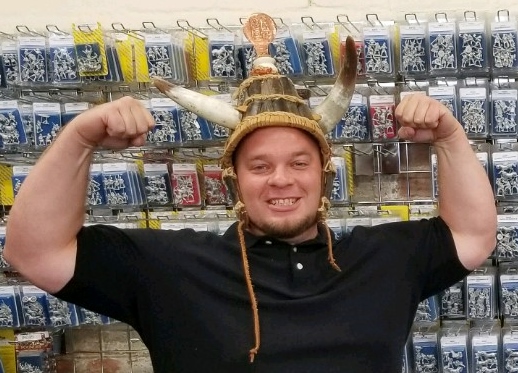 Well I think this is a perfect place to end the Quest for Stillmania series.  I hope you've enjoyed it as much as I have.  Now get out there and game you Stillmaniacs.  Don't forget to yacht lacquer your minis...three coats! ;) LOL
Posted by airbornegrove26 at 9:41 AM