I have titled this Heroquest for Adults in a tip of the hat to Gaj over at Warhammer for Adults.

If you are into war gaming at all you should take the time to give this article a read, and check out his blog.

What follows is a slightly long winded view of my new gaming direction and what it holds for my future projects. As I try to lead a real life and find time to game with enthusiasm.

I’m calling it Heroquest for Adults because like Gaj’s article as adults we all take responsibility for the part we play. The game’s richness and magic all comes form the efforts that we as a group put forth when we sit down to the table.

For the past two years I have really been struggling for a gaming compass. The projects I had been working on led me in such haphazard directions that I neither had the time or actual motivation to actually enjoy or put on a game.

Then I discovered the Old Hammer or Warhammer 3E community through many of your blogs I finally found my direction. I was now on the right track but my pocket was still empty I was still going blind. I still hadn’t found my compass.

Then one the eve of my 30th birthday I found it!

Let’s get a bit of back story to start off. I have always been into war gaming. My dad started my brothers and I off at an early age pushing lead figures around on the kitchen table. When I was in grade school I got my first White dwarf. I didn’t know what it was but I loved it. Then in 1989 Heroquest came out.

I was so excited when I got it the smell, the figures, the look it was all there. I quickly snapped everything together, and my brothers and I started moving things around the board. This started a several week gaming night were the whole family mom included played Heroquest. I think we got to quest 8 or 9 when real life interfered and we never really got back to it.

Through High School, military, college It was more or less back to historical war gaming. Till last year when I got the Old Hammer bug. For me I have always had fantastic worlds running through my imagination, I really get into it. It is what I do to relax. The rest of my group not so much. Pushing the figures around is usually enough for them. So I was really looking for that simple game where we could all connect to the magic and high fantasy that I had swirling around in my head.

So for my birthday I got the idea to forgo all presents and gifts, and asked if my family could just sit down for an evening and play Heroquest again. They actually agreed and I even talked the wife into playing the role of Zargon.

That night we got through four quests. We decided that we could keep this going. It was simple everything was included, no one had to spend any extra cash. It even falls into the Old Hammer category, being a partnered game between Milton Bradley and Citadel. So I will let it slide.

We have now continued on to quest 9, which was actually just played by my brother myself, with my wife still happily playing Zarganna. She really enjoys trying to kill us!

This might be something you might want to try if you lack gaming partners. Also my wife is not necessarily a gamer. She has dipped her toe in the pool but not really jumped in. She however really likes organizing the quest....and as before trying to kill us.

She is actually expanding on the simplicity of the game by describing the rooms (with pathfinder D100 room chart), as well as creating non combat encounters. So I am very proud of the effort. I think she has just come to learn how much gaming means to me and puts forth the same amount of effort when she actually plays which I really appreciate. I’ve also been lending an extra hand around with house chores so that helps too =).

So onto the quest. I had played the first few quest with my knight Schmendrick. I switched to my mice Striker and his sidekick Wumple. I had had these figures commissioned last year by Ratnik over at Lead Adventures Miniatures. So was pleased to finally get them on the tabletop.

Another difference from the first four quests....eight people and doubled up monsters does not leave much room on the board. So i had my local sign shop blow the board up into a 5x4 poster mounted on pvc. It is awesome, and freaking huge.

So begins the Race Against Time! 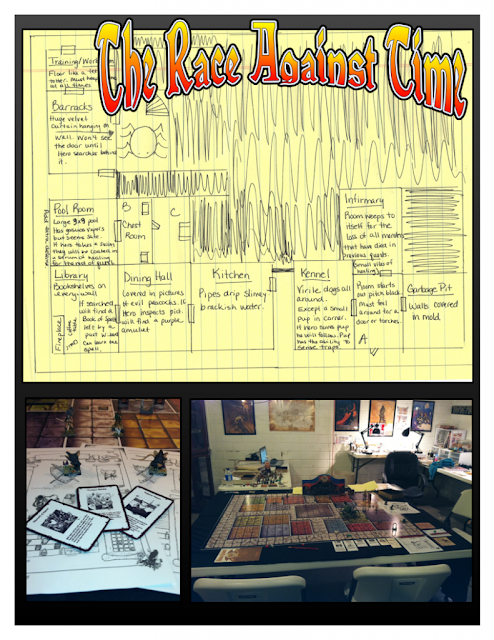 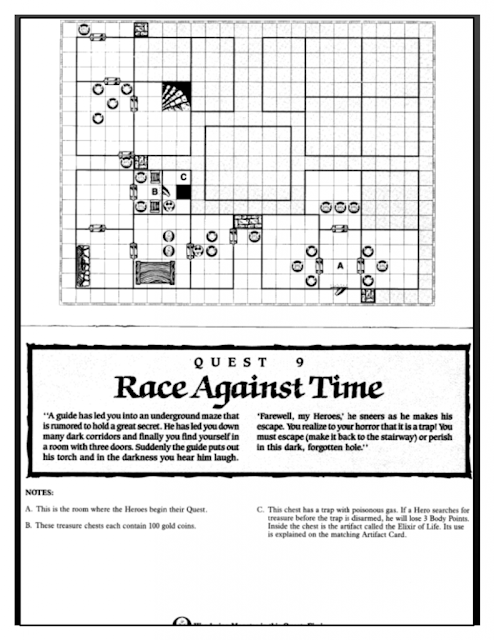 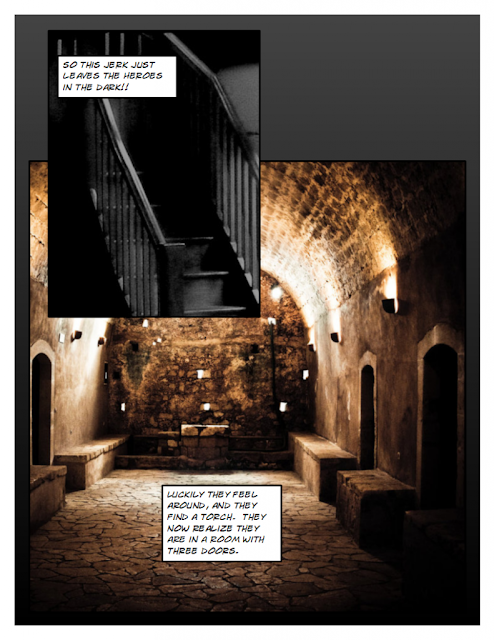 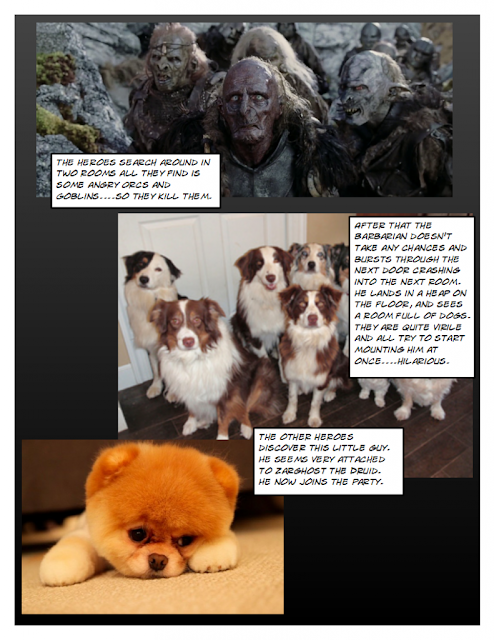 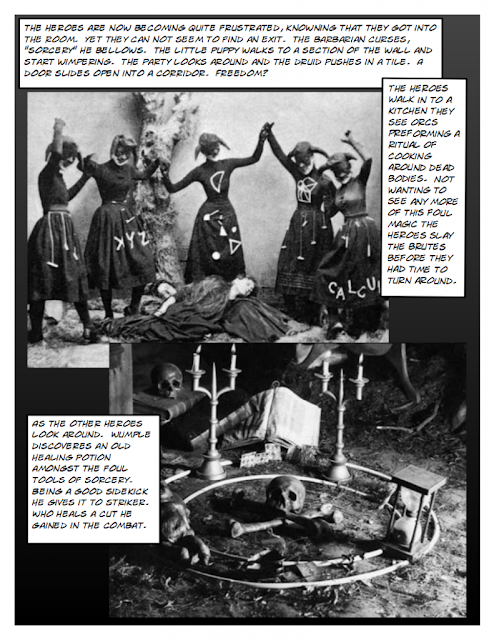 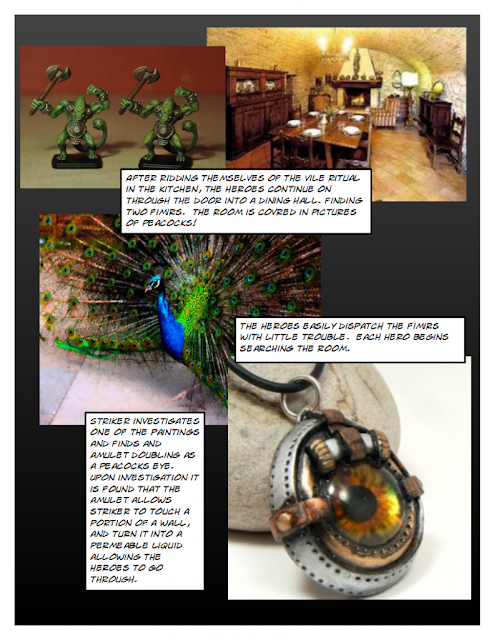 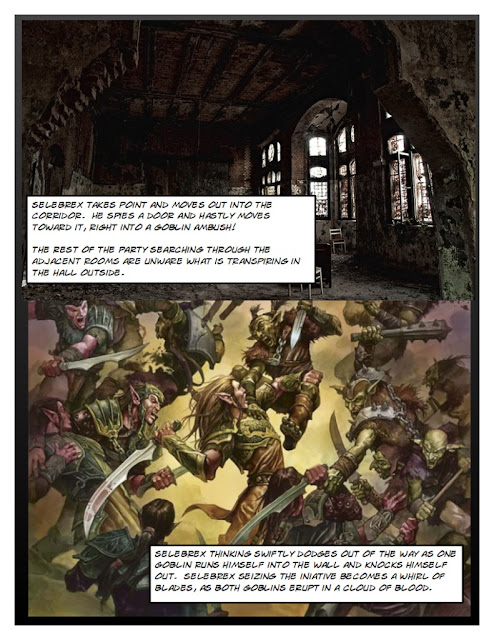 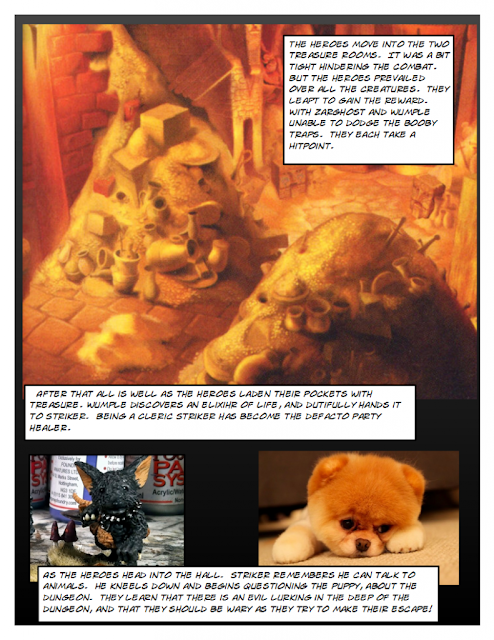 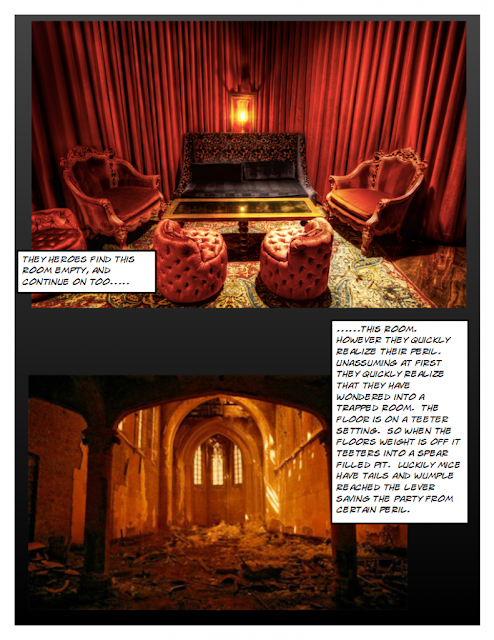 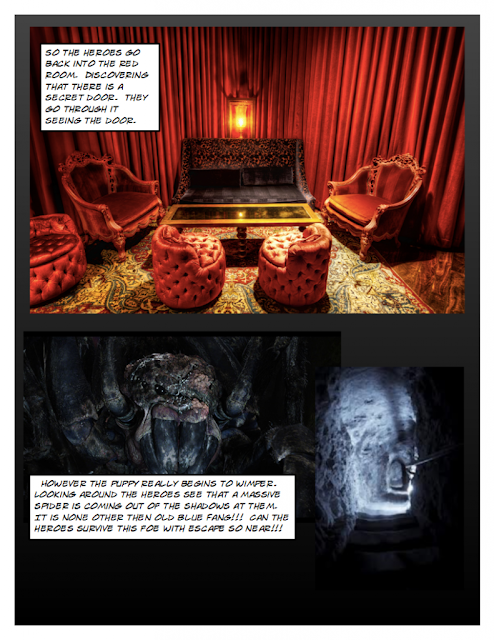 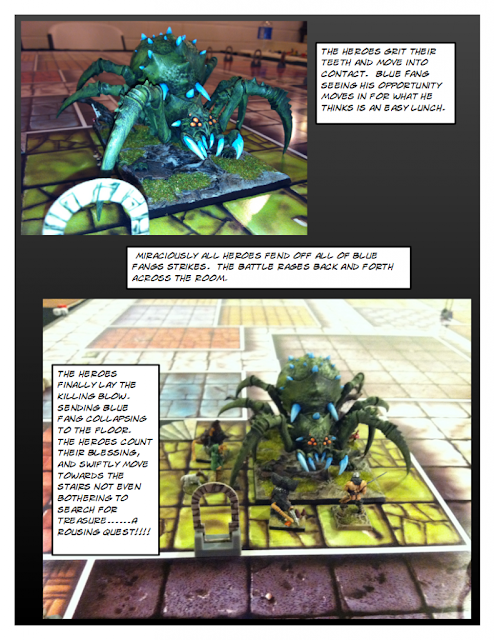 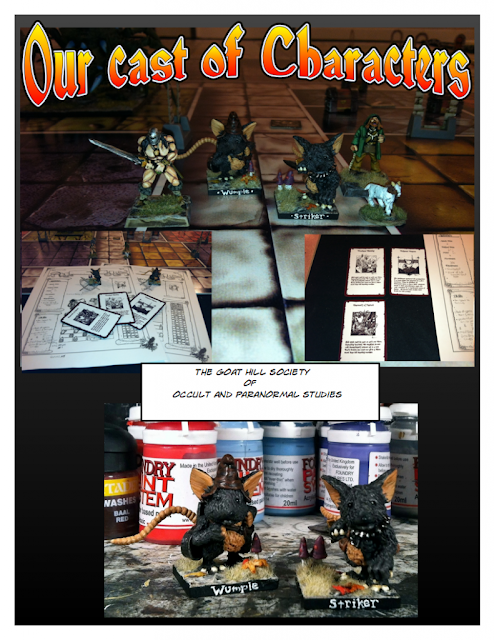 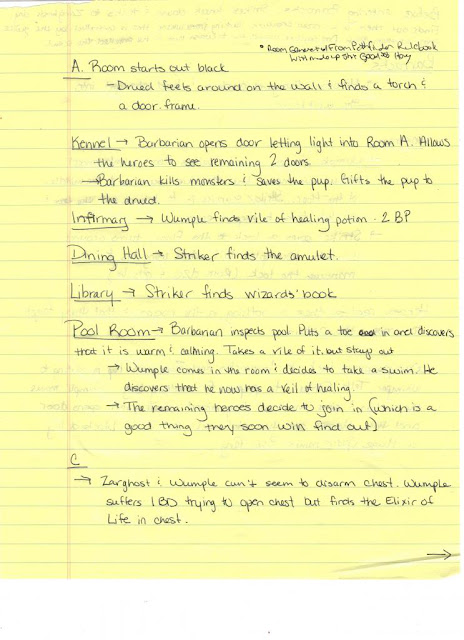 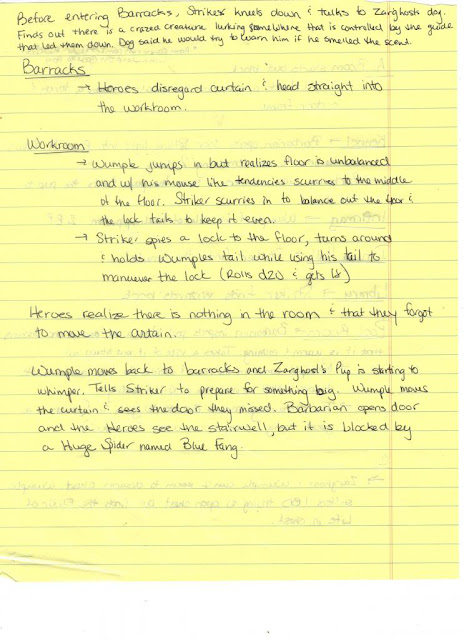 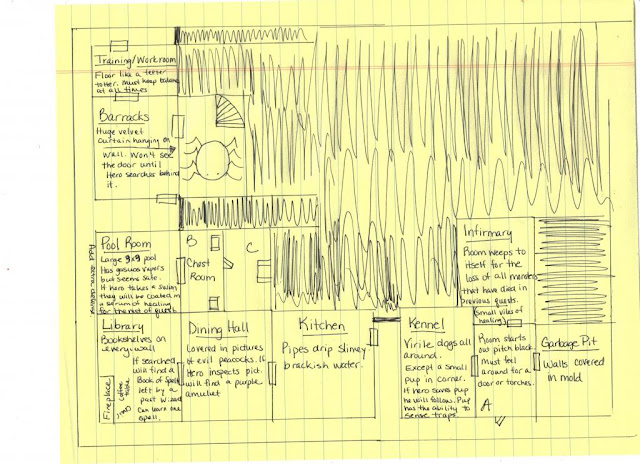