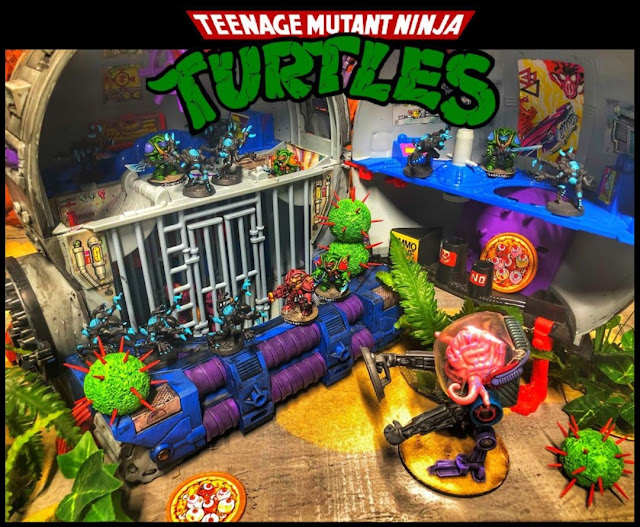 I don't know where the idea came from, but one day it bored in my brain and had to be done.  I give you my Boyl Space Hulk minis the Teenage Mutant Ninja Termies.  With Sgt. Splinter leading the crew against Krang and his evil doers!

The initial plan was to use the plastic librarians figures somehow I'd collected a bunch.  They just needed some visors sculpted to give them a more TMNT feel.

Then I figured I needed a sergeant, and who better then Splinter, so I tracked down an AHQ plastic skaven head.

Here they are painted in my signature comic style. 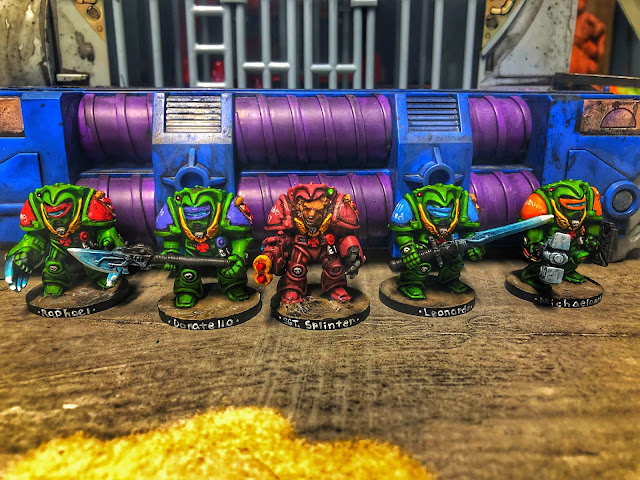 Lopez gave me the idea of sculpting tiny pizza's on the shoulder pads. 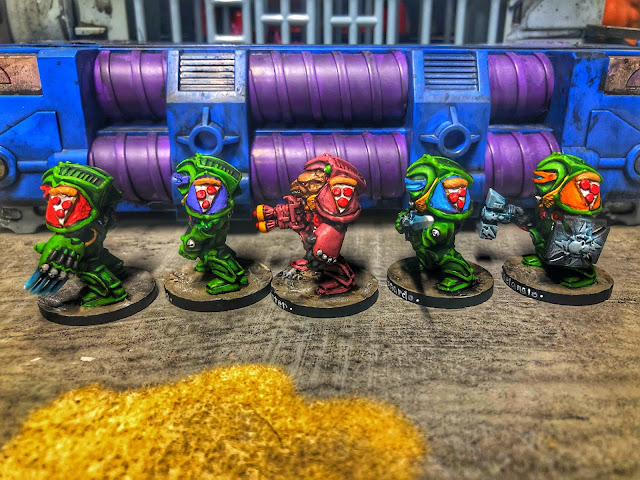 Then I added some TMNT humorous graffiti from the cartoons. 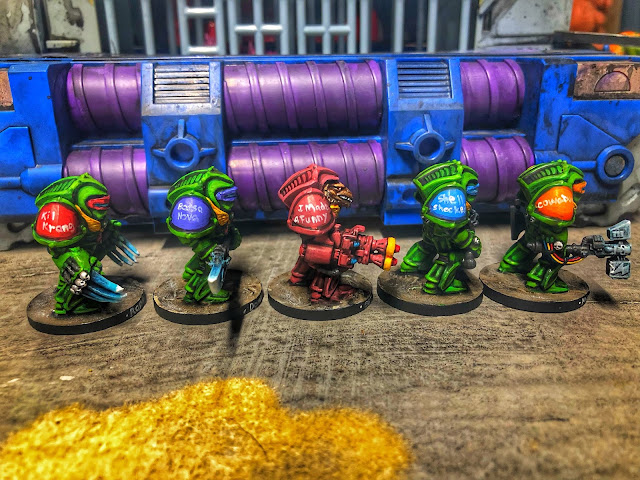 Ready to burst from the sewers to take on genestealers near you! 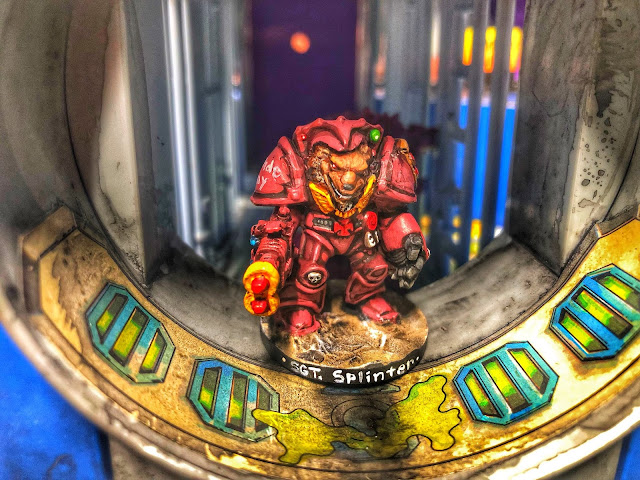 Sgt. Splinter will lead the squad to victory. 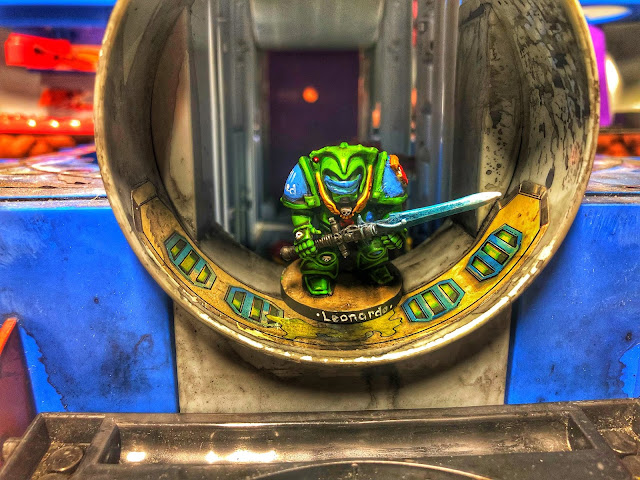 Leo will be his right hand man. 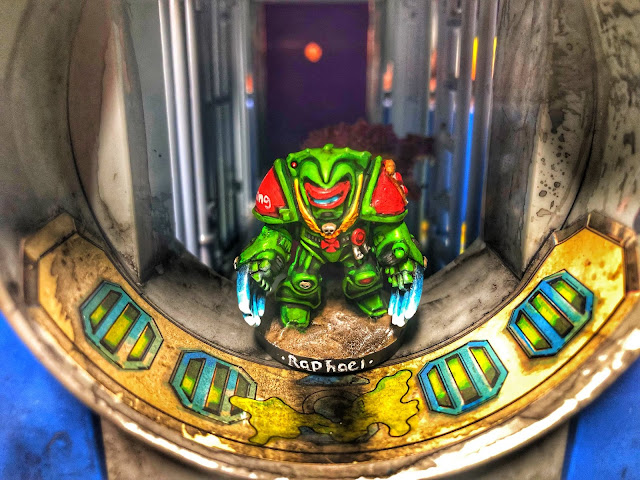 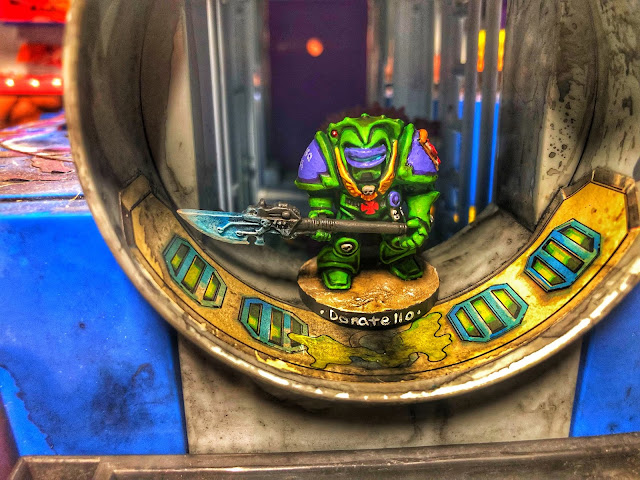 Donnie will use his brain over brawn wherever he can. 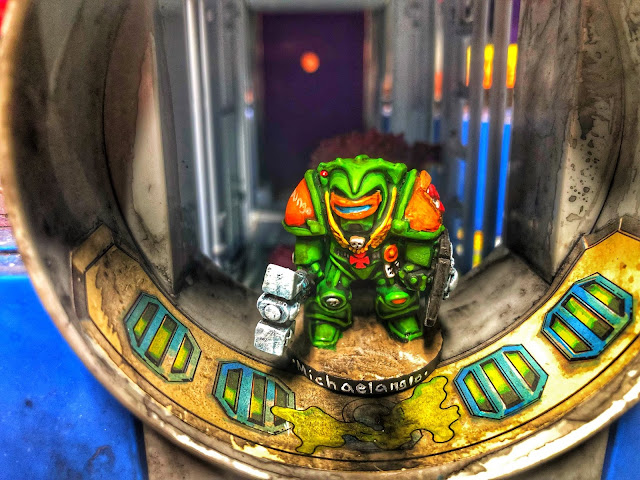 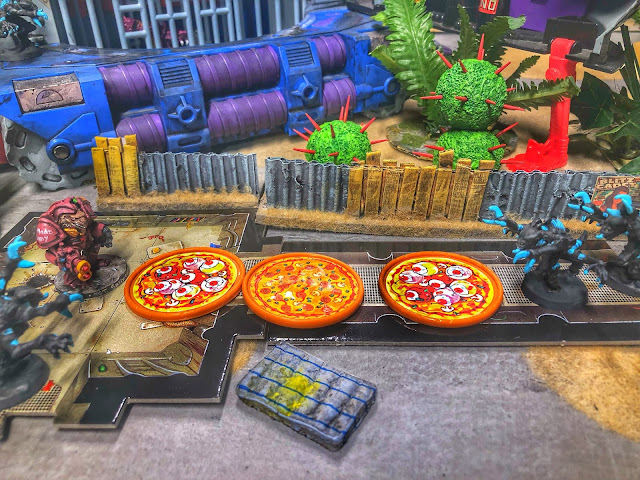 Captain Crooks mentioned that I needed pizza's on the bases.  I didn't have time for that, but I did have a better idea.  Instead of flame templates, Sgt. Splinter will shoot pizza templates!!!! 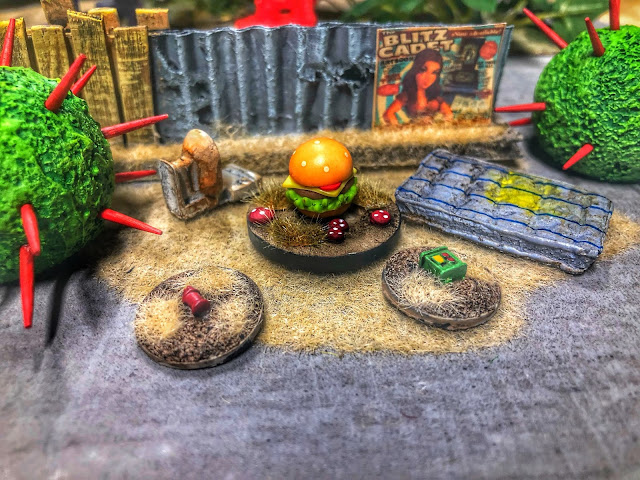 Finally still on the subject of food I needed an objective marker for Friday's Realm of Chaos game.  What better then a tiny Hamburger with old school mushrooms to represent the International Combat Burgers Bar and Grill!
Posted by airbornegrove26 at 9:27 AM