Some new additions to my LOTR group.  Here we have the brothers Lighthoof and Longstride. They bring some much needed height and speed to the warband. 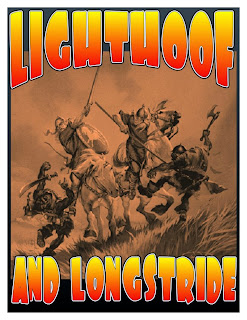 After being lost in the wilderness for weeks, the brothers became resigned to the fact that death was near.  Then upon their ears fell the sound of distant singing.  Weakly the rose to their feet in search of this wilderness chorus.  As they crested a wooded ridge they discerned a group of dwarfs traveling to the North.  Hailing them they told the tale of their misfortunes.  The dwarfs taking pity on them invited them into camp.  After getting a full meal and a warm nights rest next to the fire the brothers regained their strength.  As the dwarfs were bound for adventure it seemed only natural that the brothers would tag along. 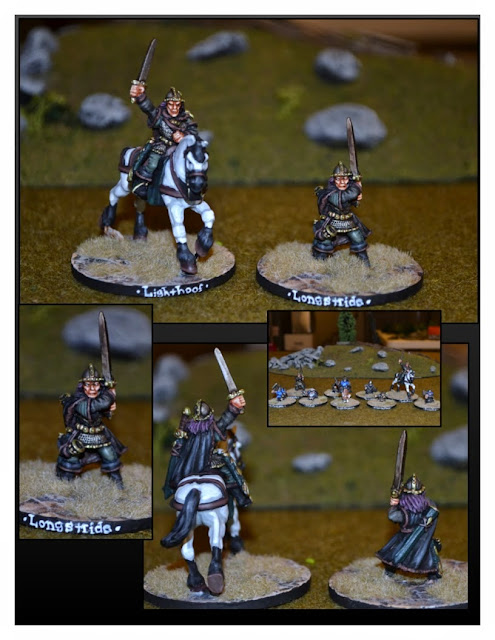 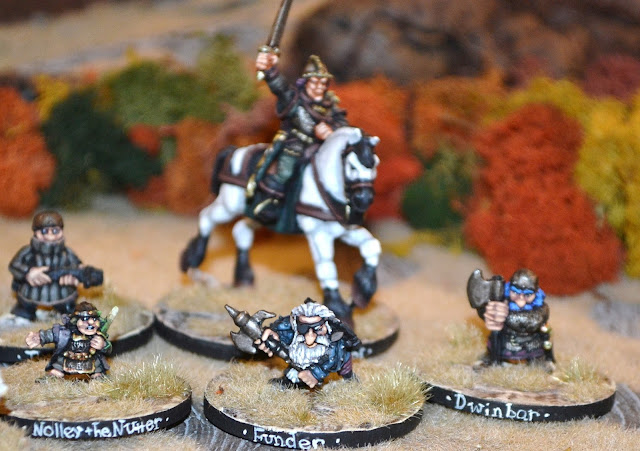 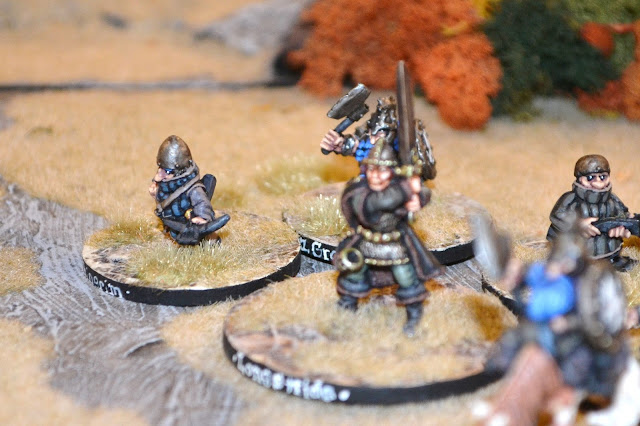 I entered Lighthoof in the Oldhammer U.S.A painting competition.  He didn't win but did give the judges a bit of head scratching as they couldn't figure out what or where he came from.  I had to explain that he was a bit of Oldhammer and Newhammer!

I have also been working on some skills for the main characters.  Nothing is really fleshed out at the moment only some ideas in my head.  However I have at least come up with skill names drawn from these quotes from the books and movies.

An hour of wolves and shattered shields

“You have nice manners for a thief and a liar

“You are the luckiest, the canniest, and the most reckless man I ever knew. Bless you, laddie.”

“his old life lay behind in the mists, dark adventure lay in front.”

“Over the field rang his clear voice calling: ‘Death! Ride, ride to ruin and the world’s ending!”

“In a hole in the ground there lived a hobbit.”

“I am Gandalf….and Gandalf is me”

“ I am no conjurer of cheap tricks!”

To dungeons deep and caverns old

And I come back to you now… at the turn of the tide.”

“A red sun rises. Blood has been spilled this night.”
Posted by airbornegrove26 at 1:51 PM