Now for the devlan mud approach.  I think the best thing to take away from this article is Nigel's painting style.  It just goes to show that a simple table top paint job with the use of ink, wash, army painter or the like will do.  No golden demon paint jobs here. 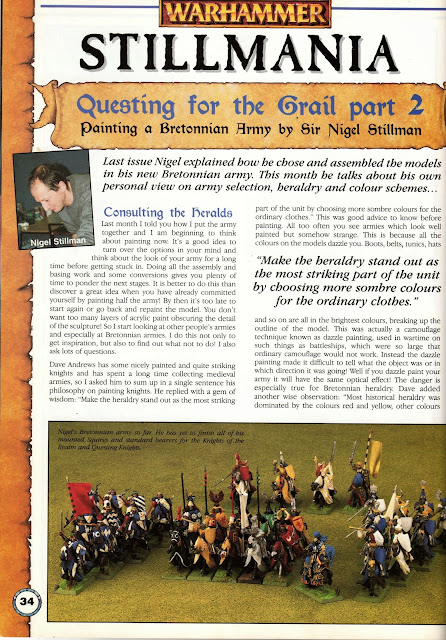 Now I know that painting our troops to the best of our ability's is great.  However I find that this can be a double edged sword.  When painting your army becomes stressful or draining because you don't think it's good enough there tends to be a problem.  But look this guy is published in white dwarf, he wrote warhammer armies and many of the later edition army books.  You know what he did.  He through some wash on some figures painted one or two layers and had an army to play with.  He didn't  prime his army and leave it in a corner to collect dust because he thought his painting wasn't up to snuff.  So don't be afraid to slap some paint on your figures and get them on the game table!

The second part of the article is about his tactical choices with the army.  He goes into a bit of detail as we have discussed in the previous articles about staying true to the spirit of the armies.  So Nigel  goes for knights, knights, and more knights.  He is then quite blunt and pretty much says he is going to charge straight at the enemy with them.  Trusting in their stats.....yes trusting in they're stats. There is also one line in here that I think bears special attention.  Nigel says, " Do not think that the Bretonnian army uses crude tactics and simple minded troop types because it is for generals who are simple minded - it is for generals who are single minded!"

I think sometimes we players no matter how hard we try do fall into the tourney trap where we are looking for that one thing to tip the balance.  However if we rely in our armies background, their stats and trust our own tactical planning no matter how simple we will always have an enjoyable game win or loss.  We won't be disappointed because that one special think that victory hinged on didn't occur.  It is something to bear in mind at least. 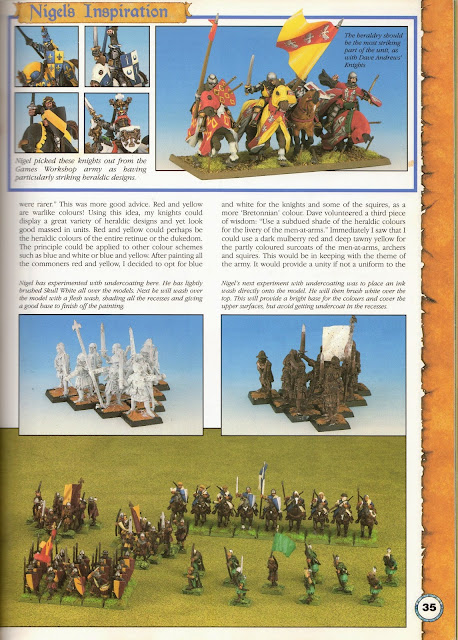 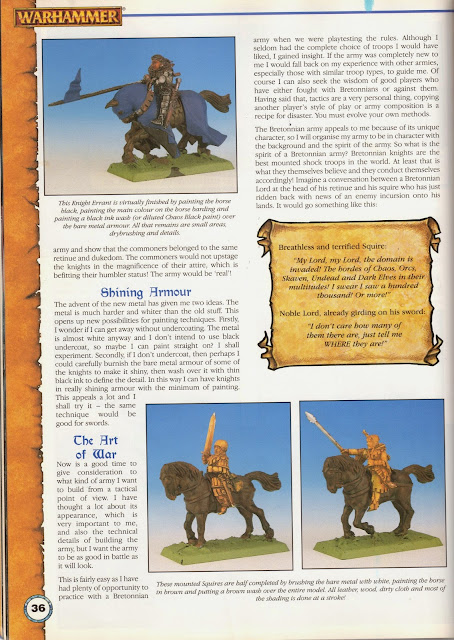 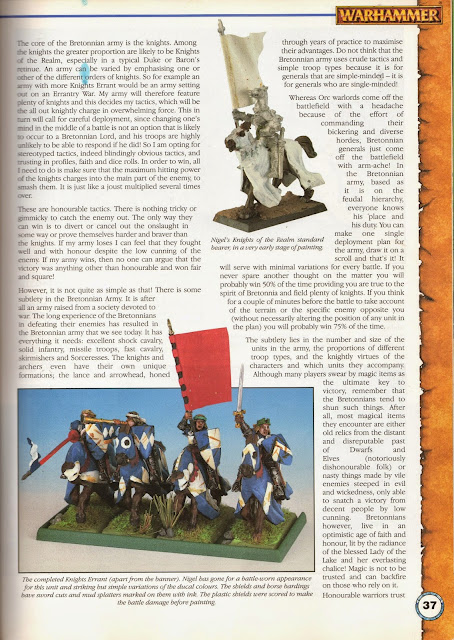 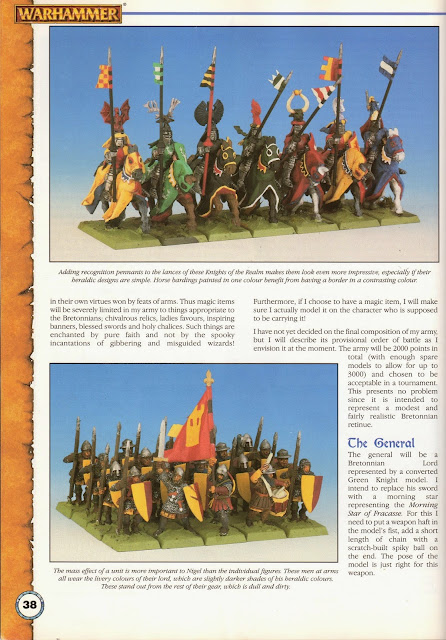 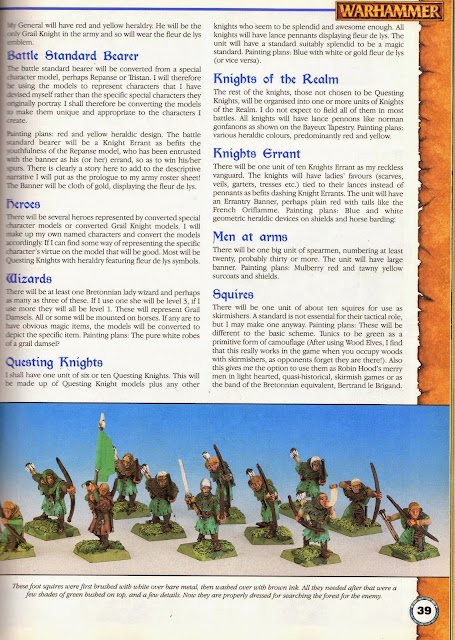