This will be Gav's 2nd level up and its been in my head for awhile it has just taken sometime to get it all figured out. 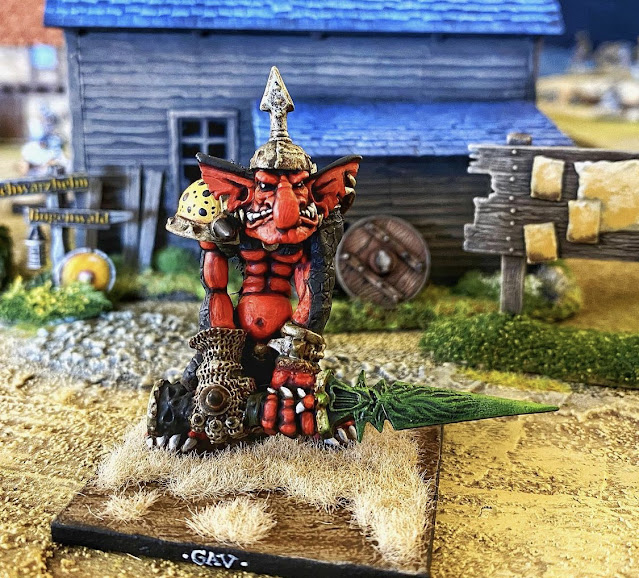 Ever since I got Knightmare Miniatures troll chieftain I knew at some point I'd have to convert Ripper Bolgrot into a beefier version of Gav. 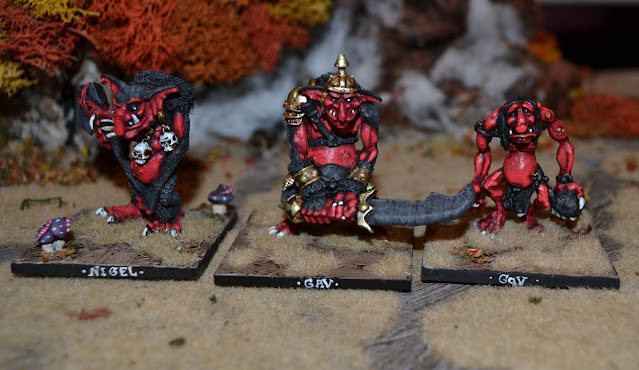 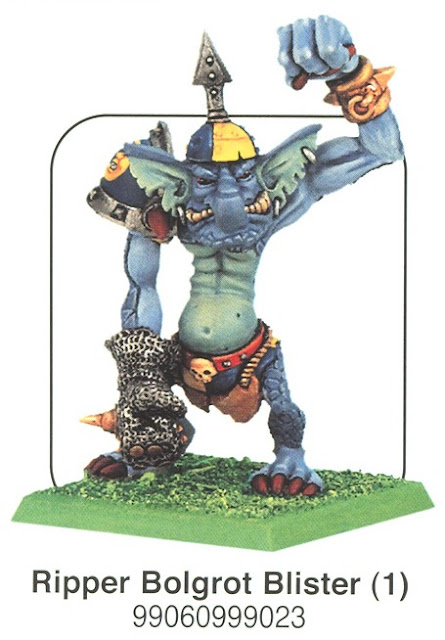 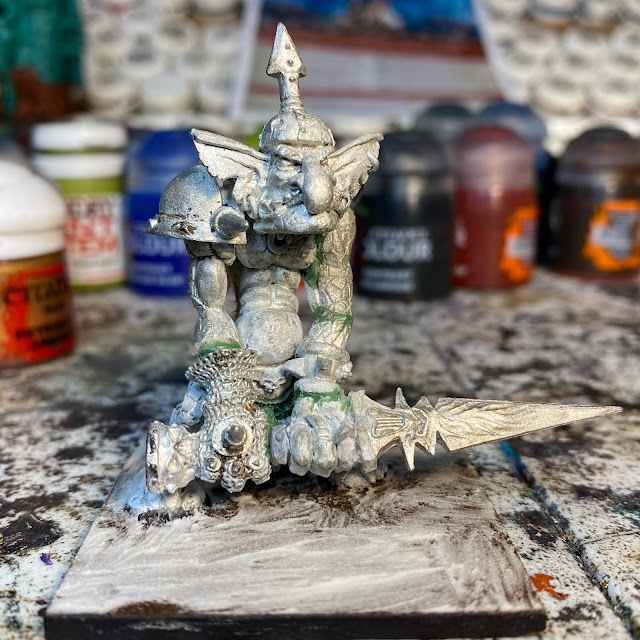 Reworking the arms was a lot easier then I was expecting.  Greenstuff was used to cover the visible joints and armor and flock easily covered up the rougher areas.  The sword is from the bloodletter champion.  The pommel is the red grail from the Blood Angels Corbulo. 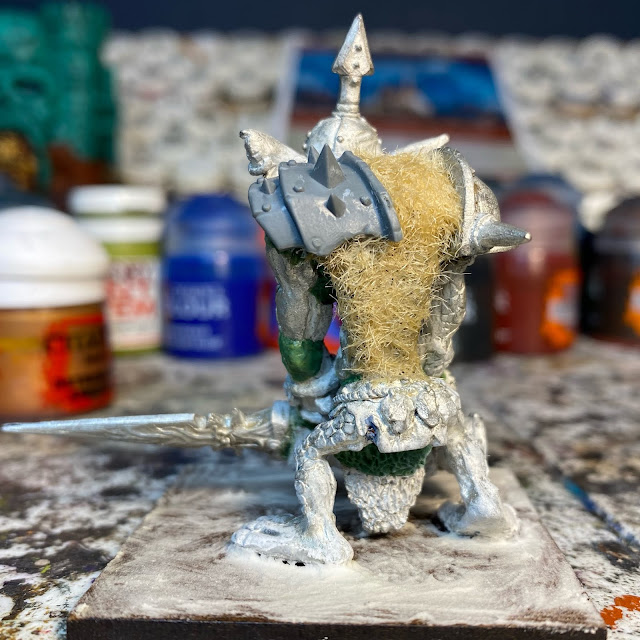 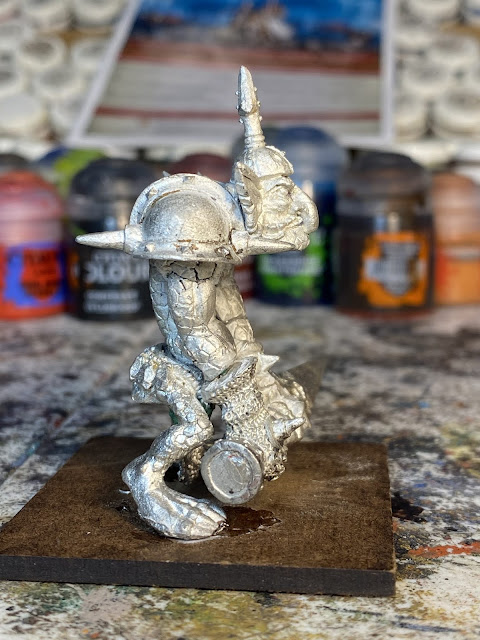 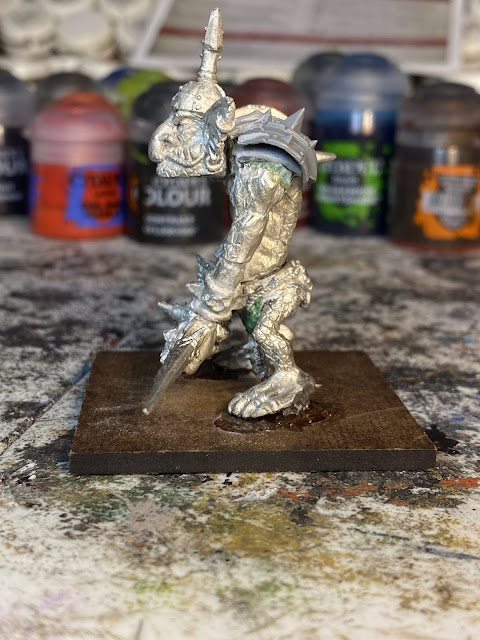 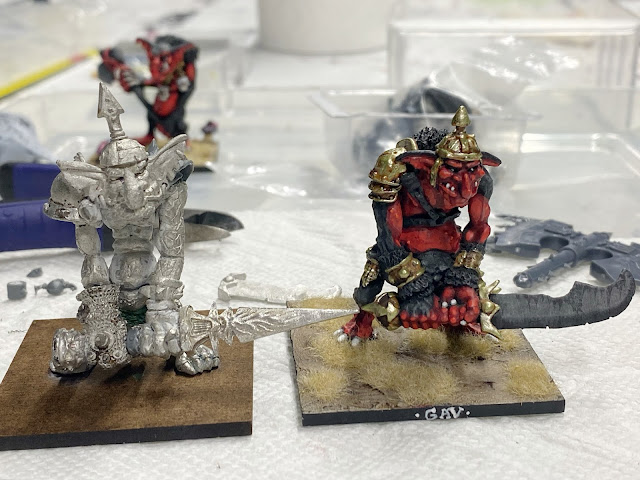 Painting was pretty straight forward. The shoulder pad was my biggest hurdle, I tried red and black before settling on the cheetah print.  I think it sets the model off perfectly as does the glowing sword.  I've decided to give him a great weapon since he already has low initiative.  This will increase his opponents saving throw by -3. 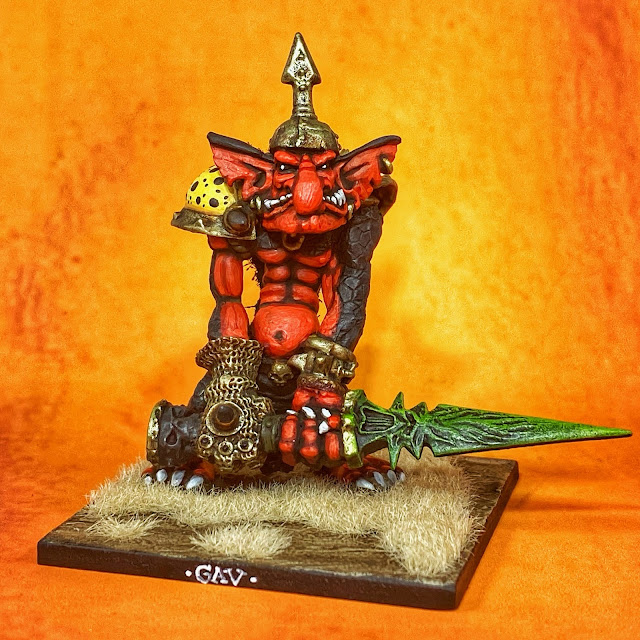 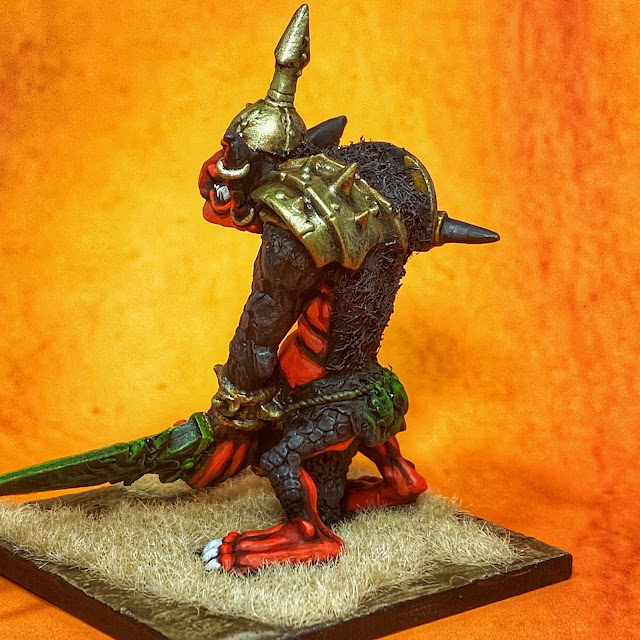 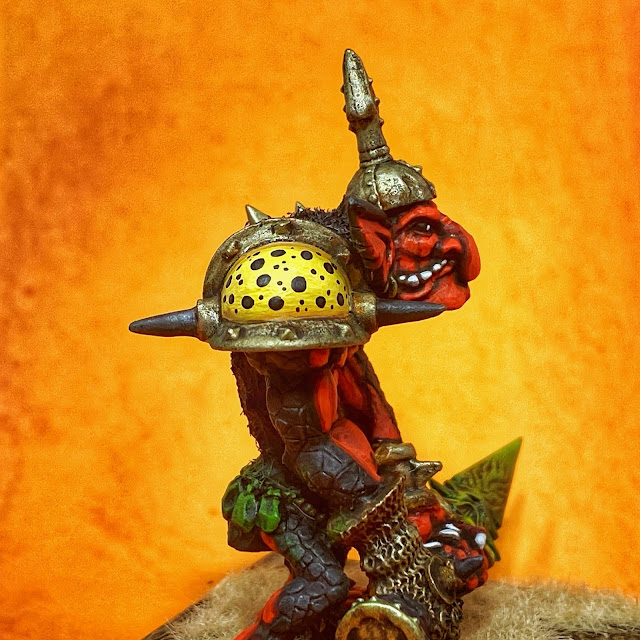 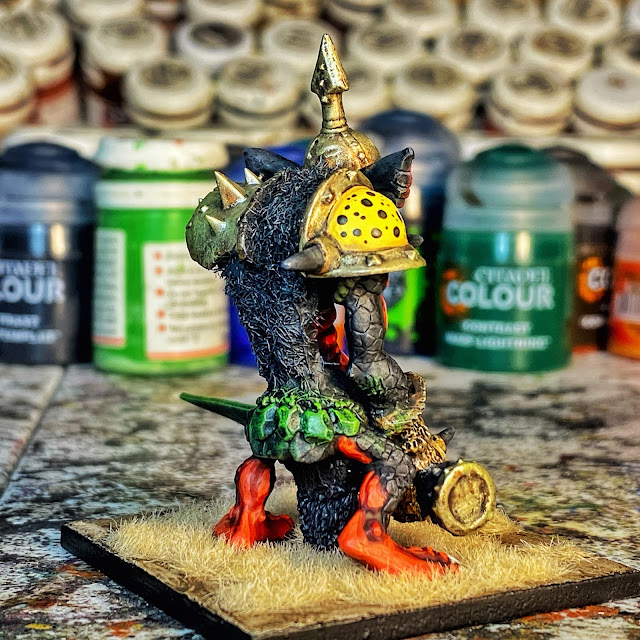 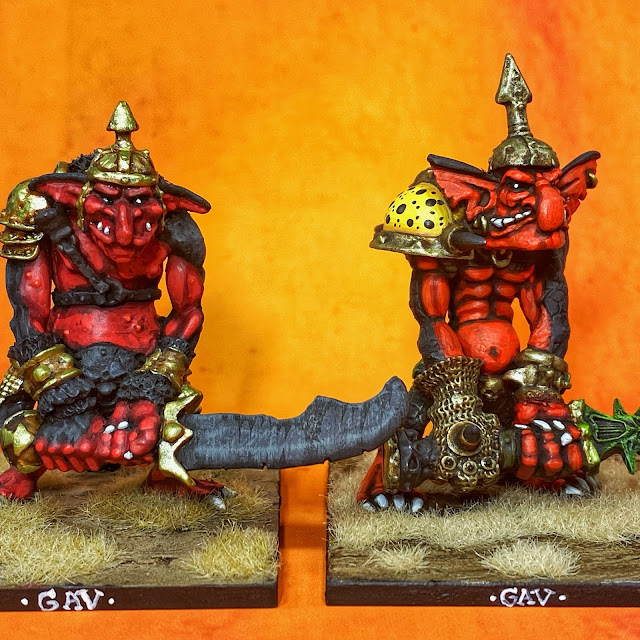 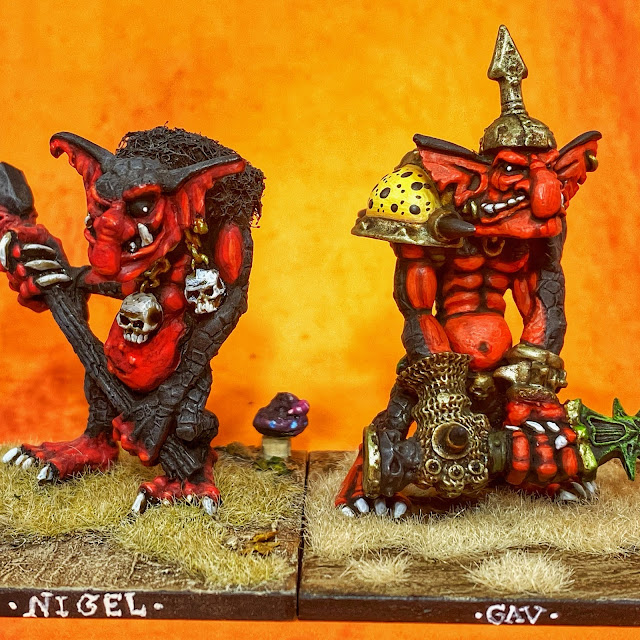 My last gaming weekend Gav did so well single handily plugging gaps and watching the flanks and even seeing off a unit of goblin wolfriders or two!