For awhile I've been super jealous of the Empire White Wolves and have wanted to add a unit to my chaos dwarf cavalry army. 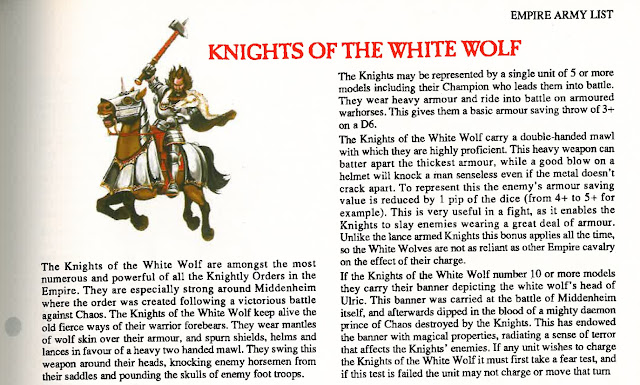 Well I finally did it, and here is how you can too. 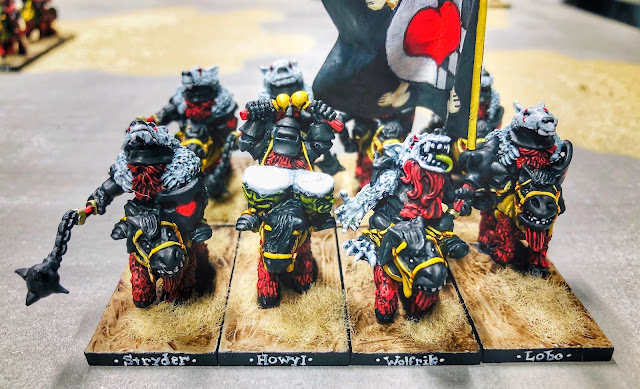 I already had a unit with a Bear theme and Hammers 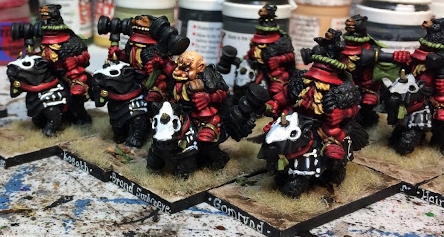 I decided that I could use those models as the base for my conversion.  I would just need to use different weapons.

I ordered a unit of the bear cavalry from TAG and they were nice enough to switch the ponies to unbarded and the weapons to flails. 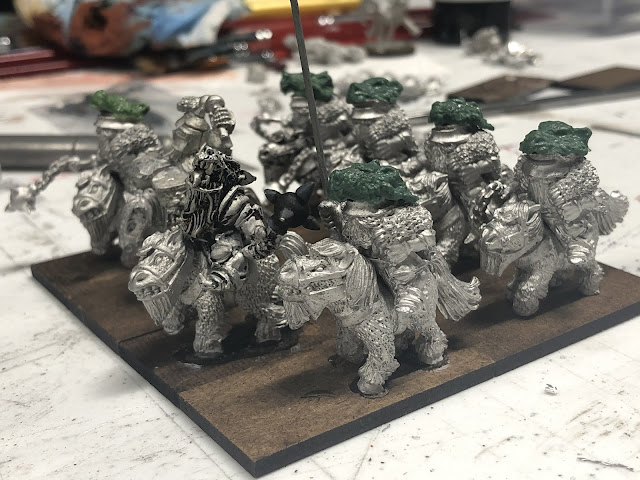 What I ended up doing was sawing the top of all their heads off and using several press moulds of wolf heads from miniatures I had to create 3 heads for variety. 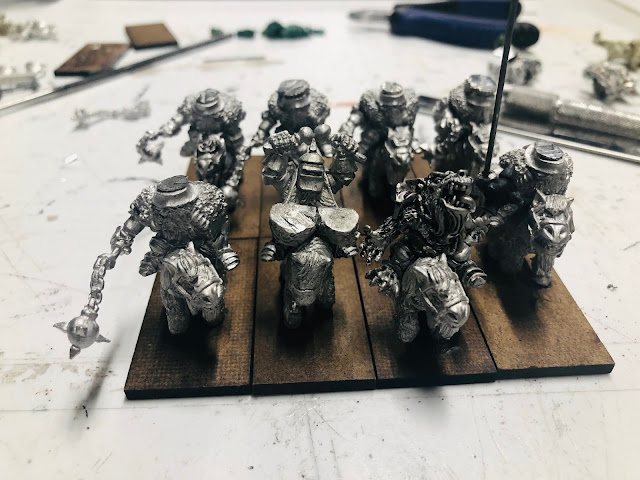 The Werewolf champion is made from a torso of a Four A mutated dwarf.  and the Drummer was made from several parts of Clam's own dwarfs.  Having the drummer makes me think of the opening scene of Conan and he's just banging away the whole time. 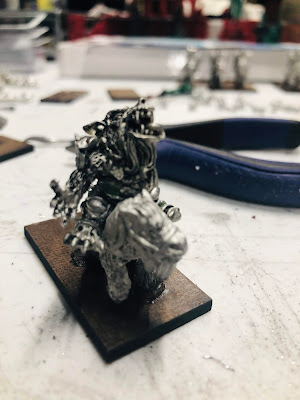 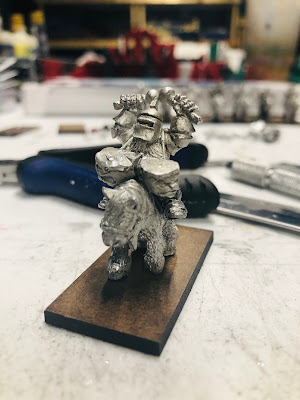 Here's some more work in progress shots of the Wolf heads and me blending them into the fur capes. 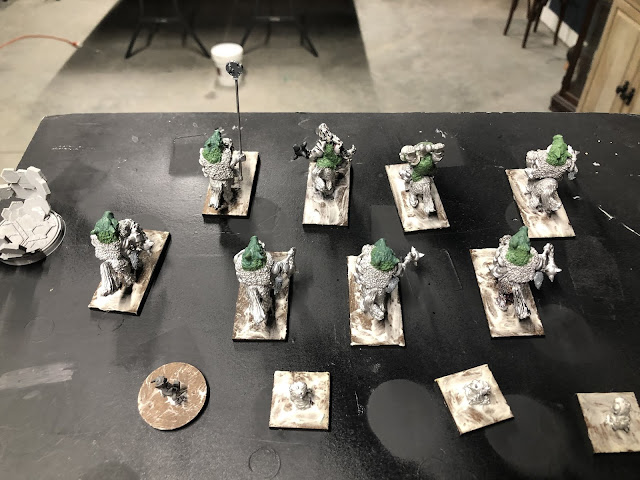 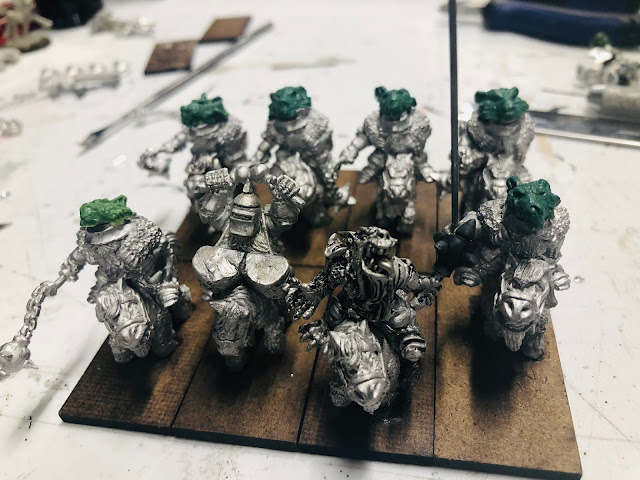 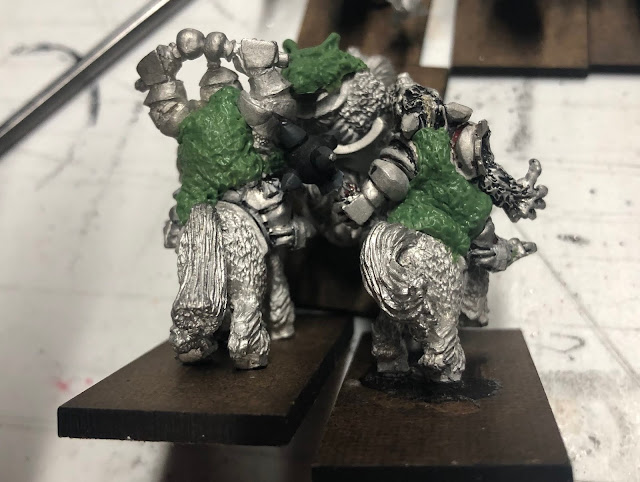 I painted them in my limited palette, same as the rest of the army. 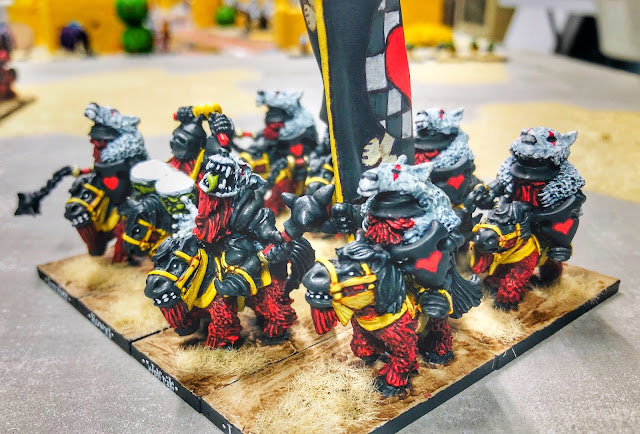 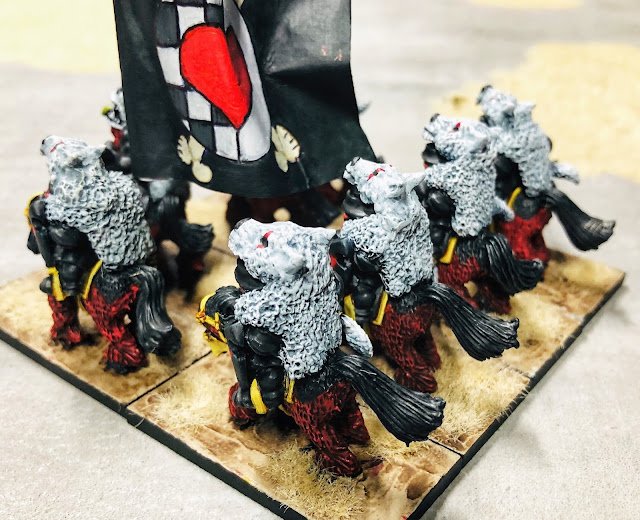 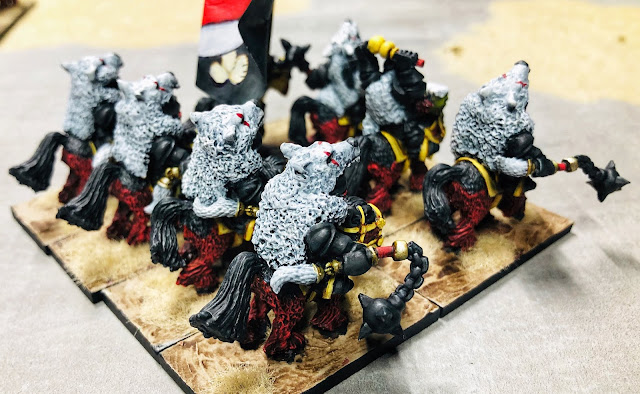 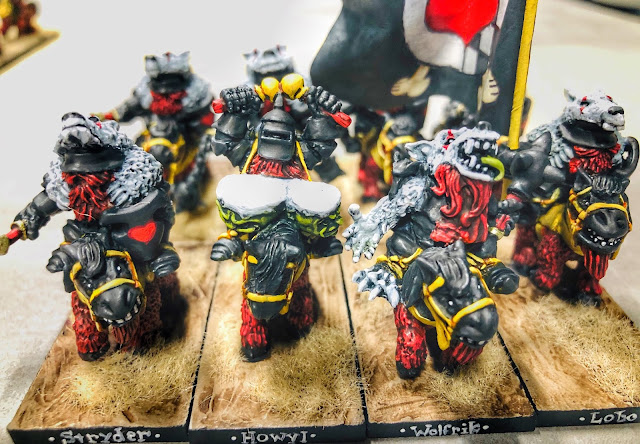 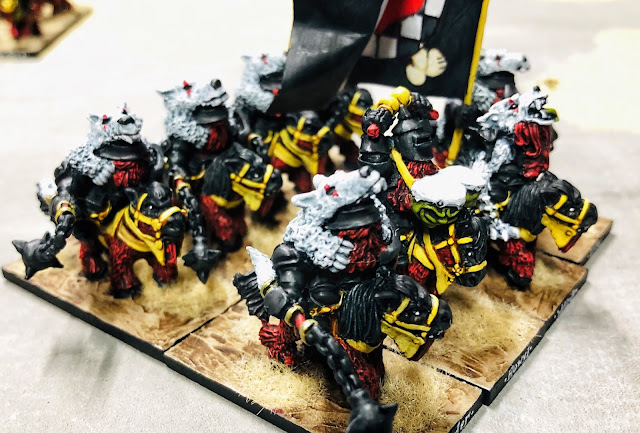 I have one more exciting add to the army as I prep for Cold Wars so do Stay Tuned or if you like what you see follow along.  Be sure you are also keeping up with my give-aways.  Next month's should be really exciting as it will be in the Dwarf theme.
Posted by airbornegrove26 at 6:08 AM