Now for the Chaos Dwarf Chariots! 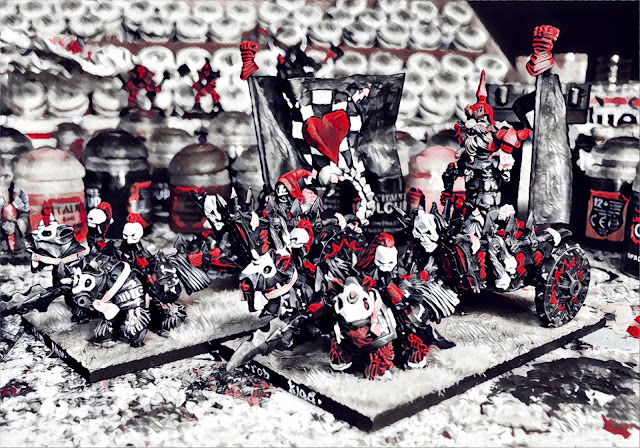 I give you the Iron Brigade consisting of 2 chariots I've named Iron Klaw and Iron Klad....I'm sensing a theme here.

Dark Beardson bade is minions to build him machines of war!  The chaos dwarfs with their age-old skills set to building two great war chariots.  The frames constructed from iron and bone and bound with ancient dwarf incantations and runes.  Four sturdy warponies were selected for their ferocity in battle. These would be iron 'ard in the upcoming battle... 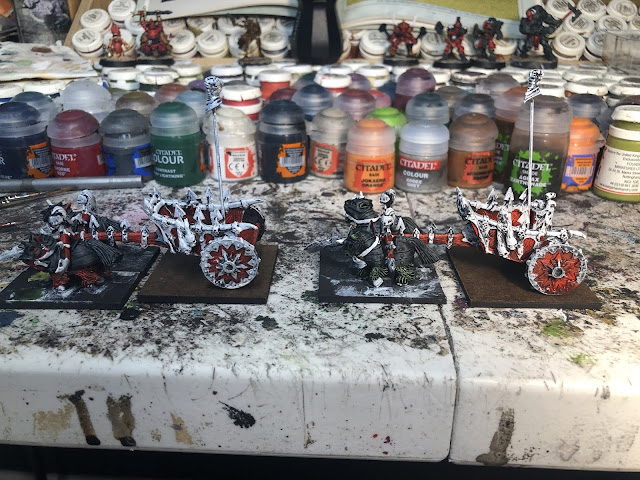 I've had these 4th ed. Chaos Chariots sitting around for awhile as well as a couple left over barded ponies.  So why not? 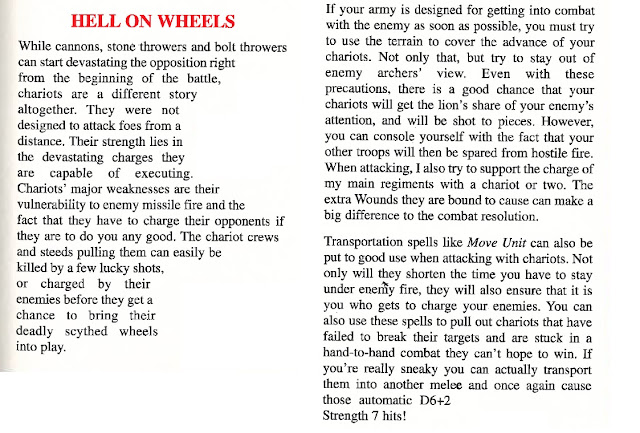 I added some weapons racks and banner poles to each one. 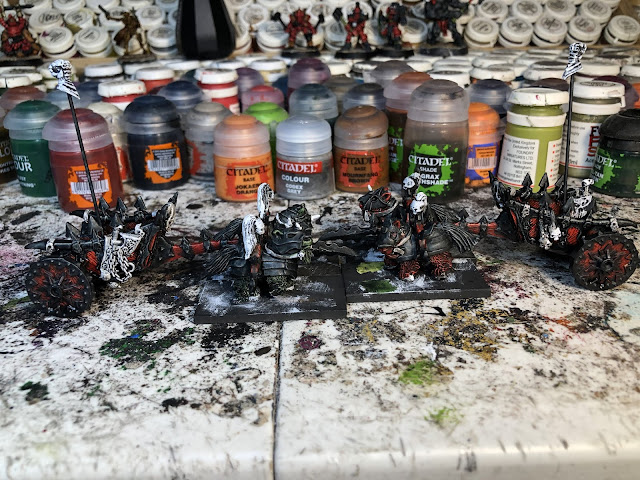 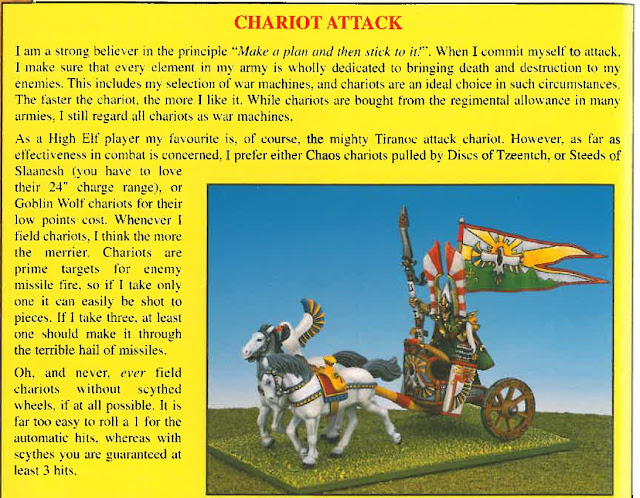 I continued with the same theme in banners, but adding the lighting bolts on these instead of crossed bones. 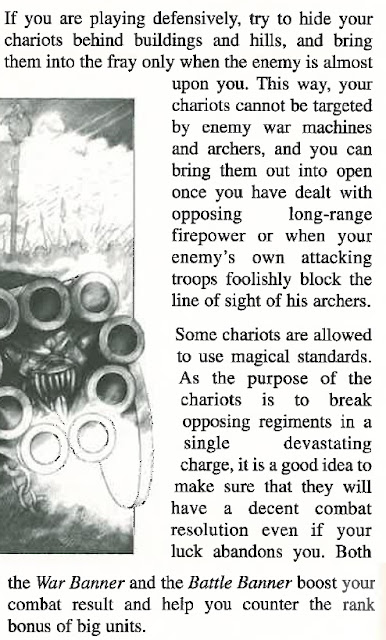 The names came out to describe the charioteers.  Iron Klad for the heavily armored dwarf bastion, Iron Klaw for the scorpion mutation. 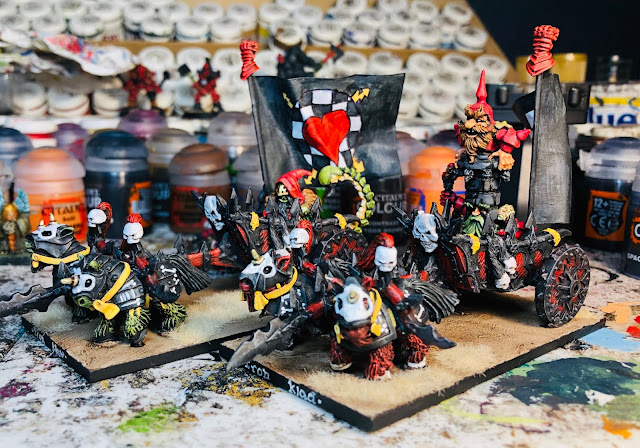 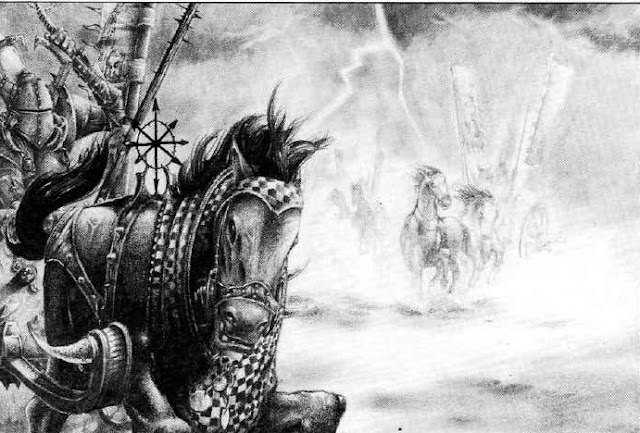 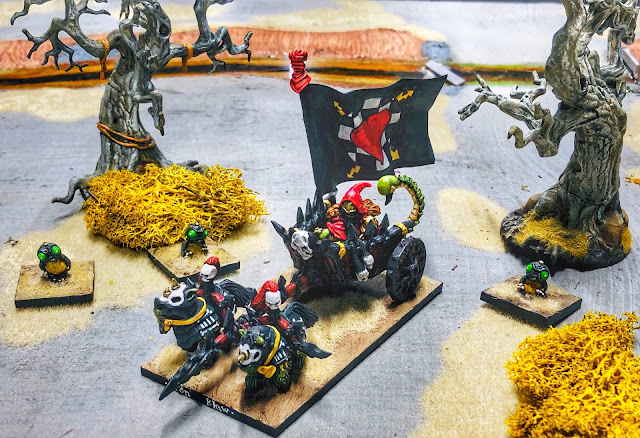 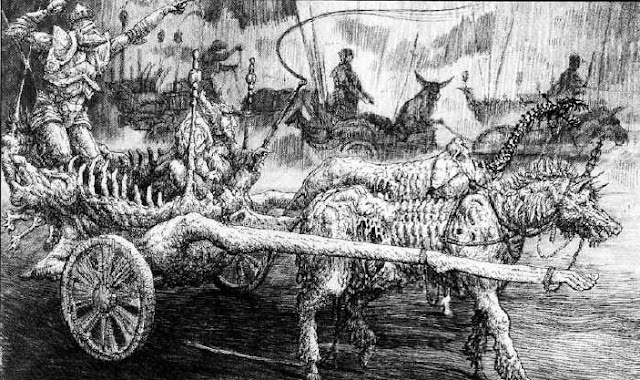 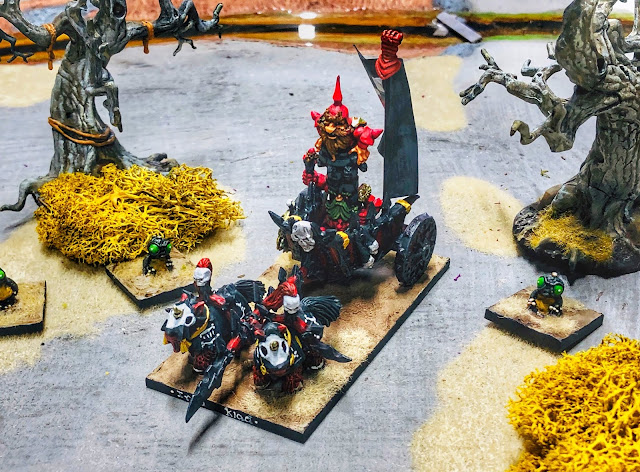 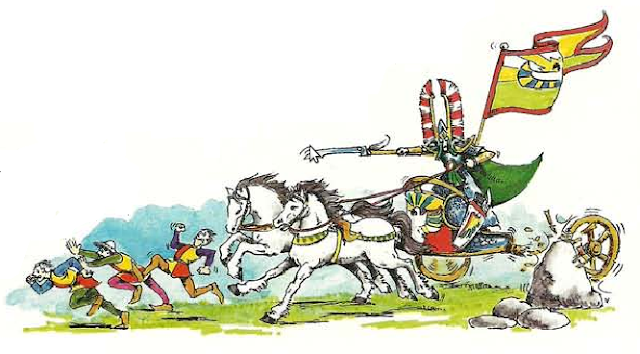