The campaign season is upon us!

Well I hope anyway. LOL  With selling my house, moving into a temporary place, and building a new house things are rather cramped at the moment.  A guy can dream though right?

So for a while now I have wanted to run a campaign much like Secundus over at Iron Mitten.  You should really check that out.

I had settled on using Rick Priestley's campaign system.  He has a version of his go to rules in the back of Warmaster Ancients Armies. 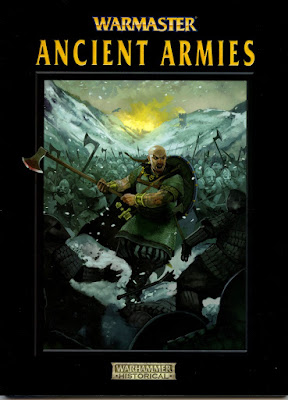 You have probably seen this version in one form of another over the years in lots of different publications.  I think the White Dwarf version was in one of the early 200 issues about Thorkinson's Island.


Then I needed to settle on a rule set.  Being that this campaign was going to be a solo run I went to my new shiny rules Donnybrook from Quindia.  With it's random card turn it is perfect for the solo gamer. 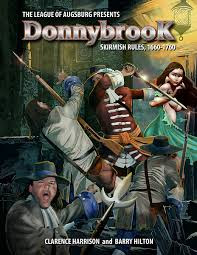 So with that all sorted I began work on my territory tables: 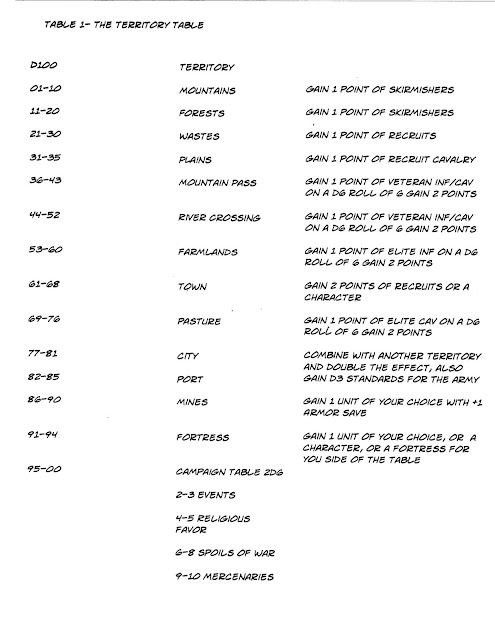 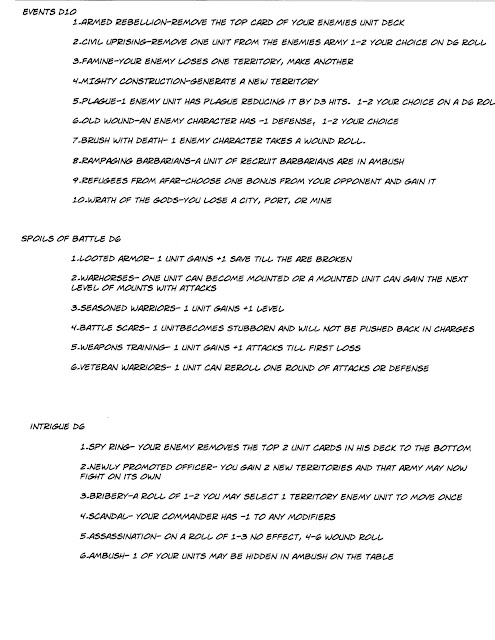 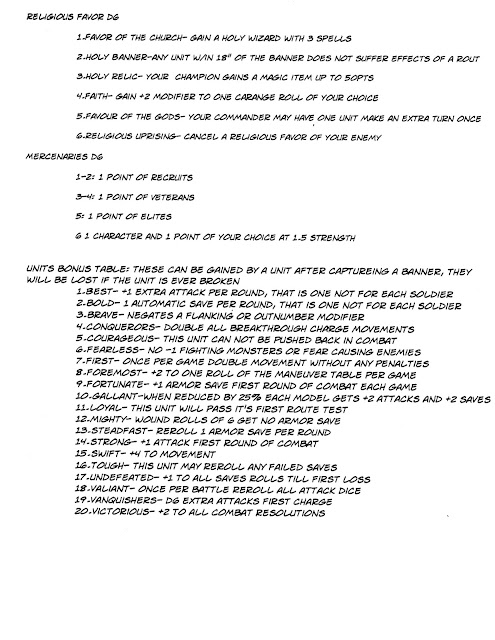 I'm also using a modified maneuver and melee table from Fire and Fury to add a bit of personal preference as well. 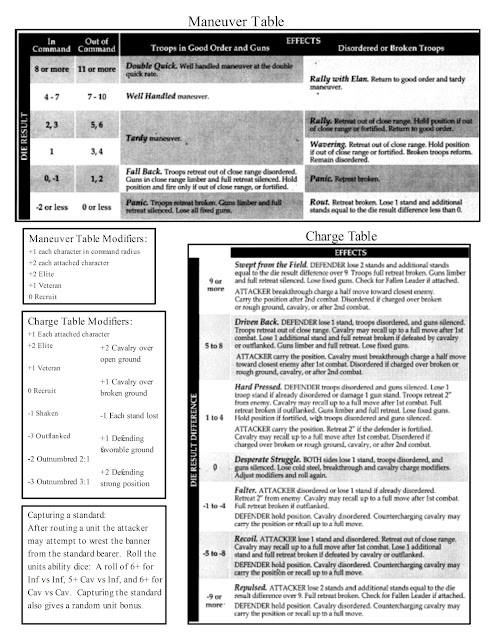 So now I just needed to get my forces organized.

Mad Mort's conists of Wallow and his halflings, and General Karnage with a unit of beastmen.

Vasken- Plains which gain him a unit of hounds, and a Mountain Pass which gives me Vollrath and his chaos dwarfs

Mort- Forest which gains him another unit of beastmen, and a Pasture giving him Sorsha and two elite knights. For the first scenario I rolled up a raid and capture:

A young girl as appeared in the wastes!  She claims to be a time traveler from the future.  She has become friends with a band of dwarfs led by Vollrath and Nigel the troll.  Vasken hearing these rumours organizes a patrol to go investigate.  Mad Mort hearing the same rumors is intent on spoiling everything.

Hopefully I find some time during the holiday break to get this gamed for a comic report!