What's a Tim Prow?  I saw this question once asked on the OTC.  I thought it was funny.
Then it got me thinking.  Well what is a Tim Prow? 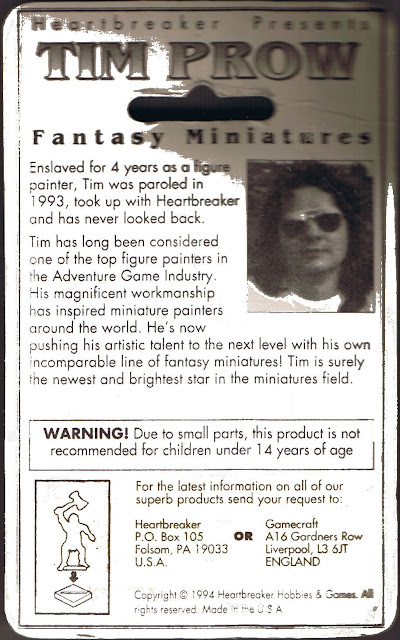 Well for me it is this chaos warband!  Then Tim graciously posted some newer pics on the Oldhammer Facebook page.  I was instantly inspired. 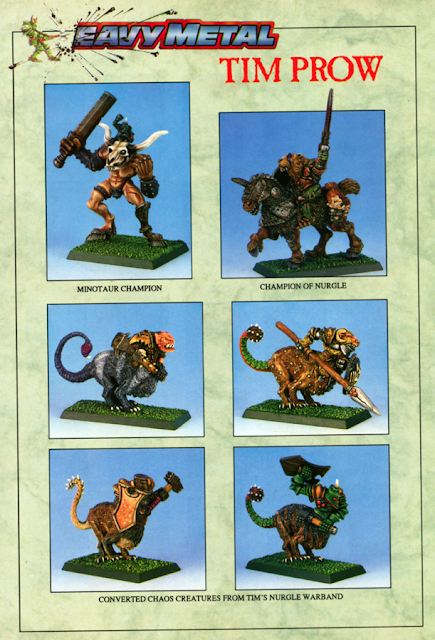 I had always admired the mounted champion.  So with a fresh look at the miniature I set out to make a Tim Prow. 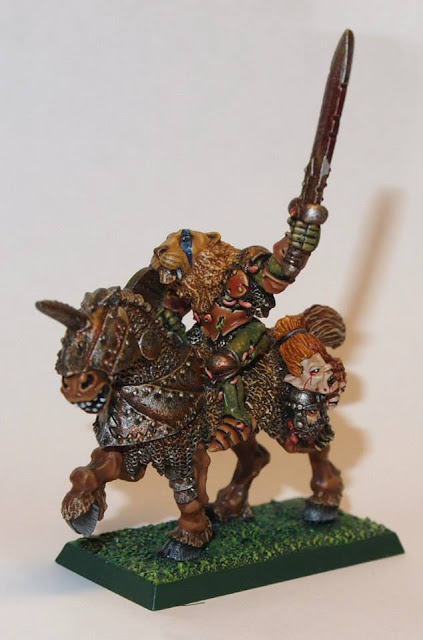 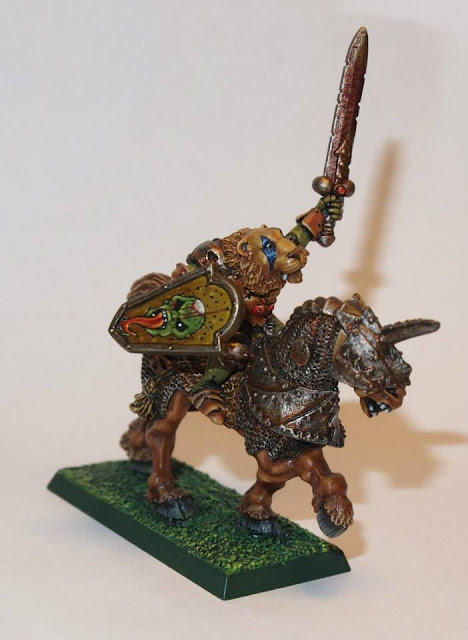 I had a rough idea of what I wanted to do.  I would use a battle masters chaos knight as the body.  I attempted to make a chaotic steed...it failed to fit the look of the rest of my chaos army.

Then I just needed to hunt down a pan tangian tiger!  This was not an easy task.  The nightmares of those wooded  haunts will forever bring a tingle of fear at the back of my spine. 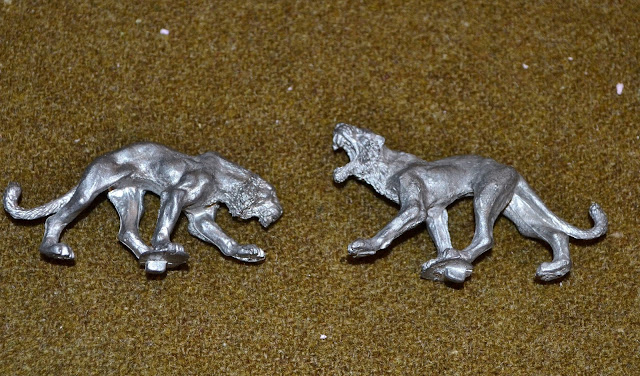 Once I had my Tiger I set to work hacking and clipping away.  Oh the horror!!!  I can hear your laments now!

Then it was finished!  The whole figure complete!  Built, primed and painted!
I give you Tim Prow the new commander of Red Flag division and Black Vasken's trusted champion!

The chaos knight was sick of this stinking jungle!  The cacophony of wildlife rang in his helm incessantly.  It took everything he had to concentrate on the narrow path in front of him.  The heat was almost unbearable.  Steam poured from every seam in his armor.

From the tree above something watched, and waited.  It slunk to a lower branch, silent, deadly.
His horse neighed but it was too late to even raise his lance.  The great cat was upon him.  With one giant bite...crunch...the knight was no more.  The steed galloped clear down the path.  The jungle cat turned and eyed it's meal.  He trotted over to the dead knight and mauled it over.  Then he bit the dead knight's shoulder and tossed him across the clearing.  Bounding over on top of the body he took a giant bite and ripped most of the knight’s upper half away.  He fed till he was full.  All that was left was the knights lower half.

The great cat drug the body up into the tree to save if for tomorrow.  With a full belly he laid down for the night to sleep.

When he awoke he felt odd.  He stretched, and heard the awful grating of armor in the tree.  Astonished he looked down.  Were once the cat's body had been was now the body of the dead knight.  So began the saga of Tim Prow the great feline became a chaos knight! 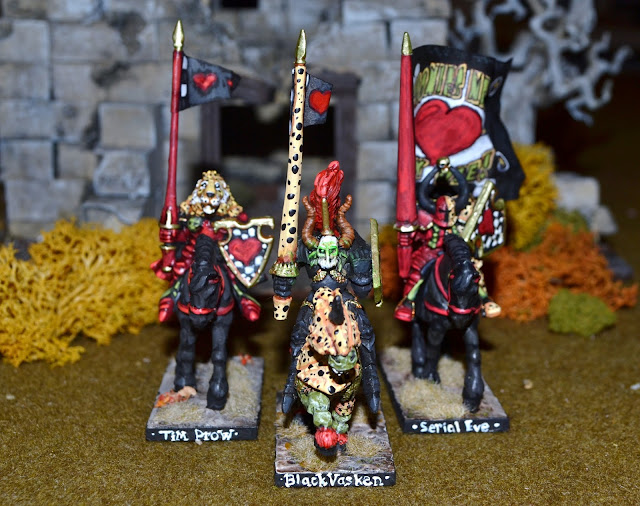 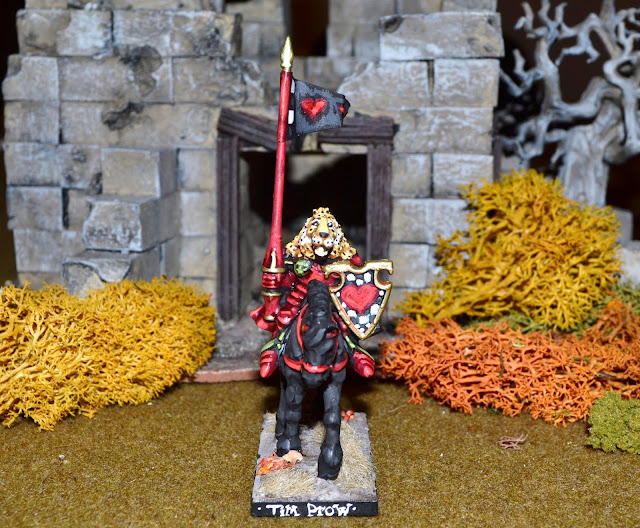 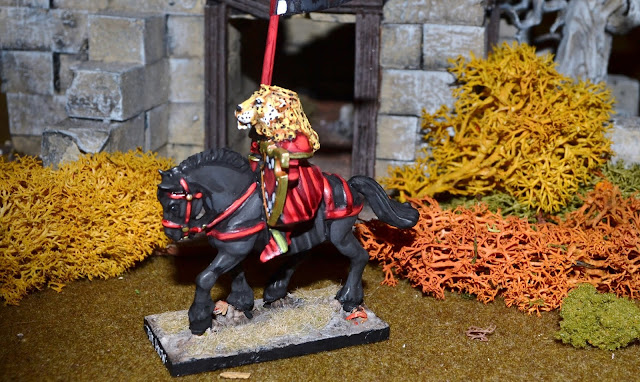 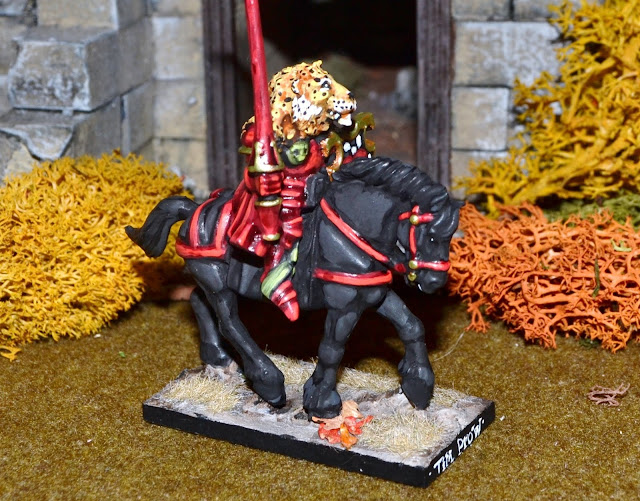 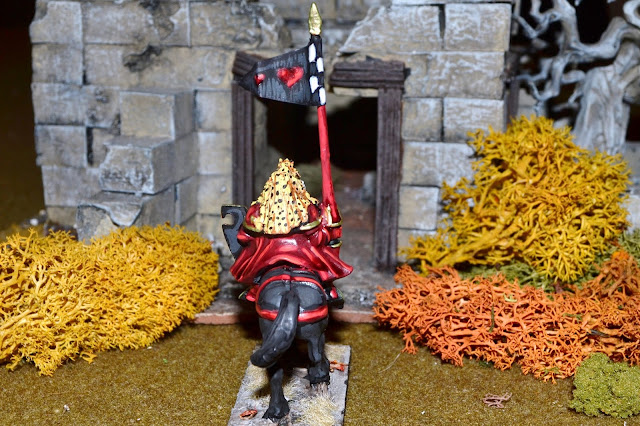 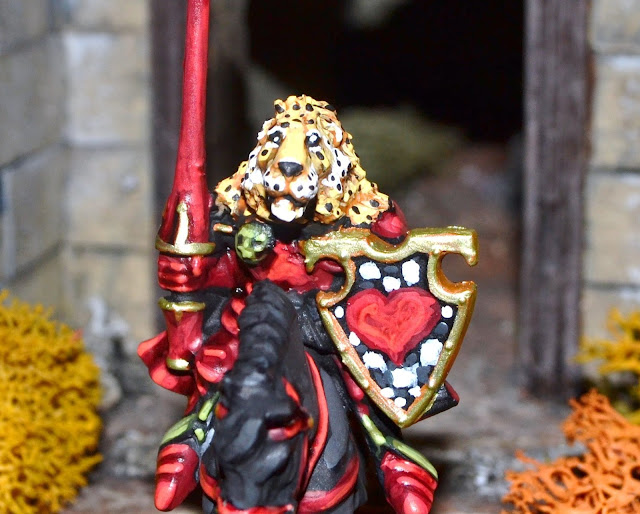