The hordes of Black Vasken the Tattered Prince better known as the Goonies are at the moment complete.  I am very pleased with how the army has come together.  edit: I'm adding a new character....then they are done.....maybe. ;)

I have done my best to stick with the spirit of Stillmania.  I think I have achieved this...except coating my army in the layers of gloss varnish!


I will be bringing this army to Oldhammer Weekend U.S.A. taking on all comers.   Hoping to slay and cause red ruin!!! 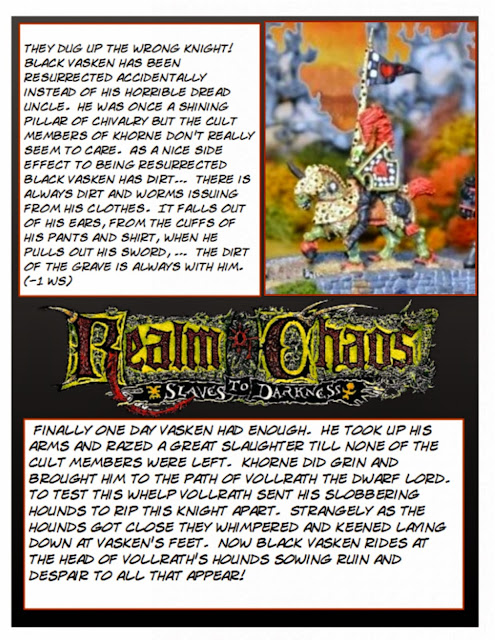 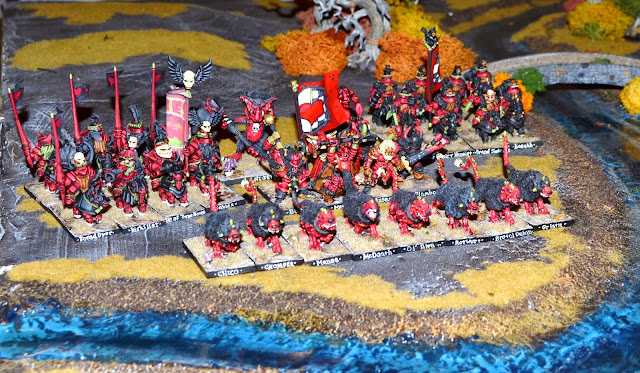 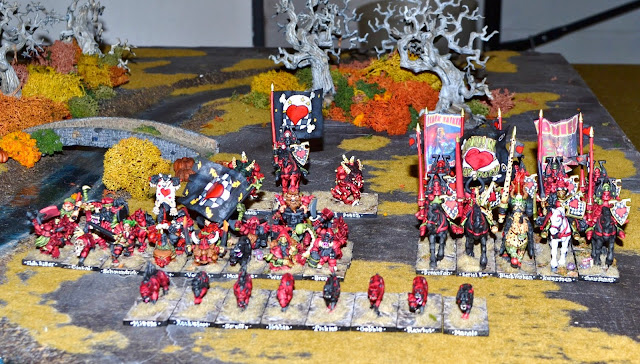 As you can see the army consists of two divisions.  One lead by Black Vasken consisting of hounds, a large unit of chaos dwarf infantry lead by the Viscious Vollrath, Vasken at the head of Kannonball Kellerman's Heartbreakers.  Then Garth leads the trolls.

The black flag division is further broken down into two battalions: 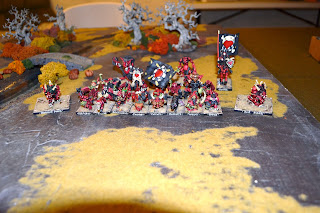 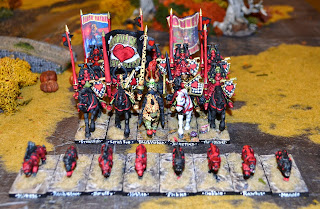 The second division is lead my Count Metalmane (For now) who commands his band of chaos warriors.  The rest of the division consists of another unit of hounds, and two units of chaos dwarf cavalry.

The red flag division can also be broken down into tow battalions: 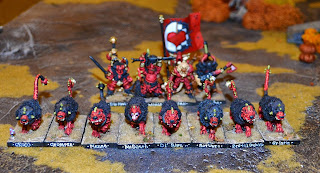 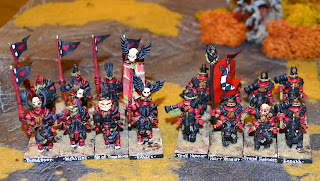