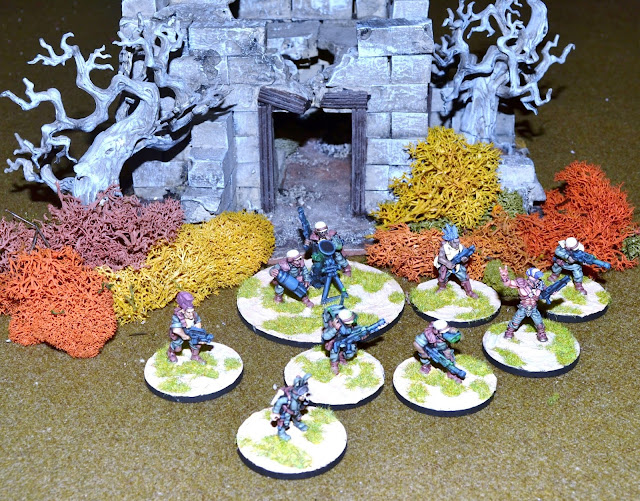 Sgt. Hemorrhoid Henderson- Hemorrhoid is well known among the men of the New Texas Oilers.  The men know if  Hemorrhoid Henderson is out that they will not run into any surprises.  Hemorrhoid has a canny ability to be in the right place at the right time.  He is known for turning Ork ambushes into bloody itchy craters with his mortar strikes.  The Orks have taken to calling him the “Itchy Mortar of the Mountain”.  Orks are refusing to engage the Imperial patrols unless they have been blessed by their savage shamans, fearing the Hemorrhoid will get them.


Blish Bunny-  Blish just wandered in from the wastes one day.  No one knows where he came from, and he never says.  At first he just tagged along with the squad, when Sgt. Johnson went down Blish jumped to action, sighting the mortar.  He has been at the post ever since, the men don’t even bother that he is a kid.

Hemorrhoid leads an Imperial auxiliary heavy weapons squad.  Specializing in deep reconnaissance mortar strikes.  He sets up before any Imperial activity using his keen knowledge and field-craft to engage and destroy Ork targets, much to the appreciation of the Imperial troopers. 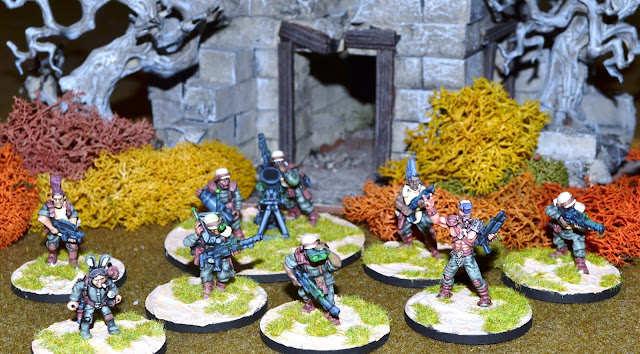 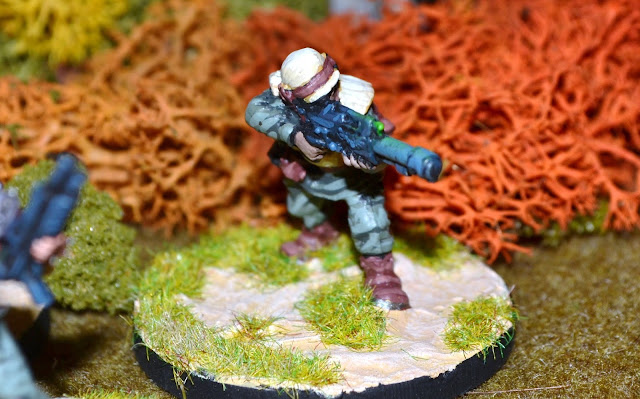 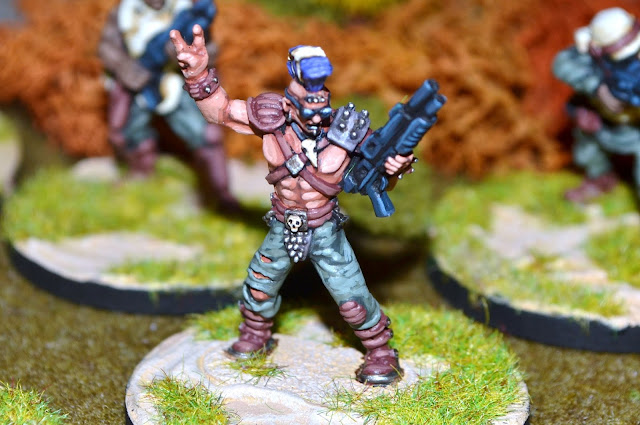 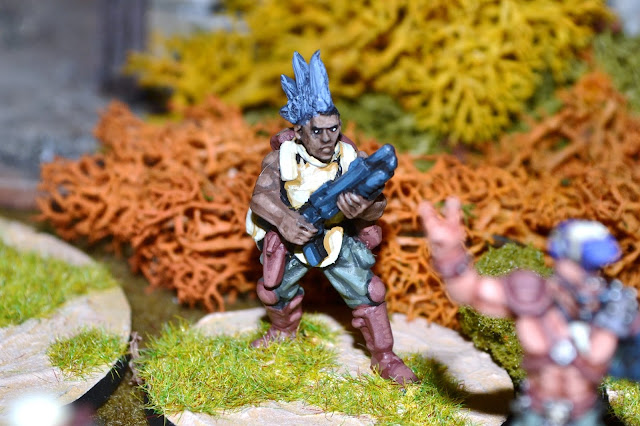 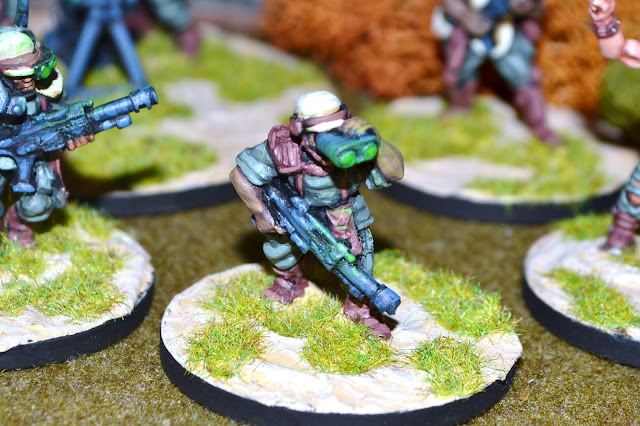 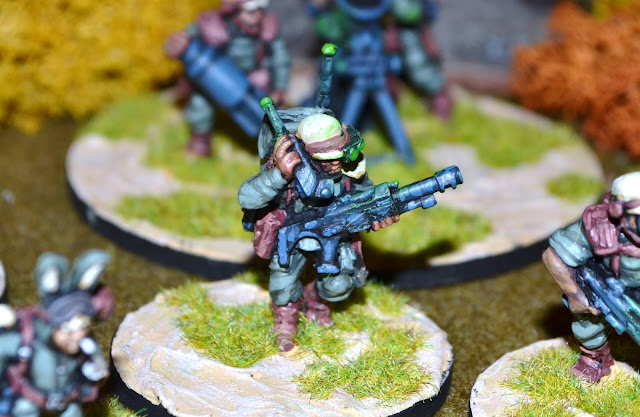 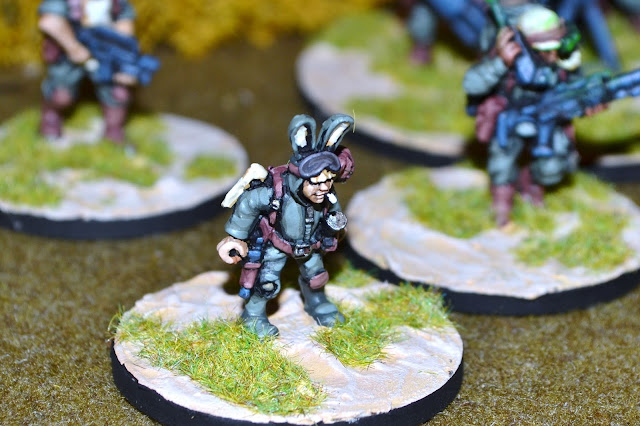 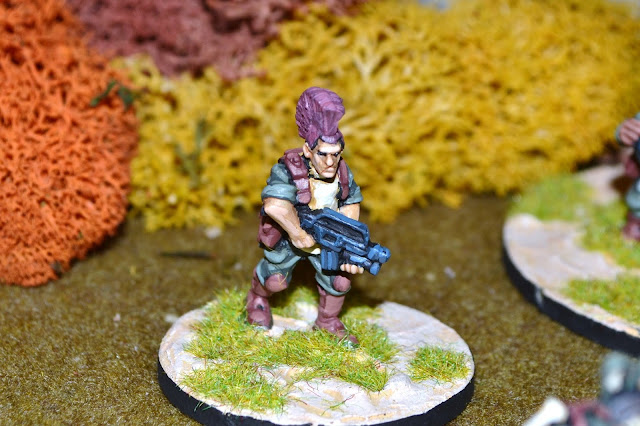 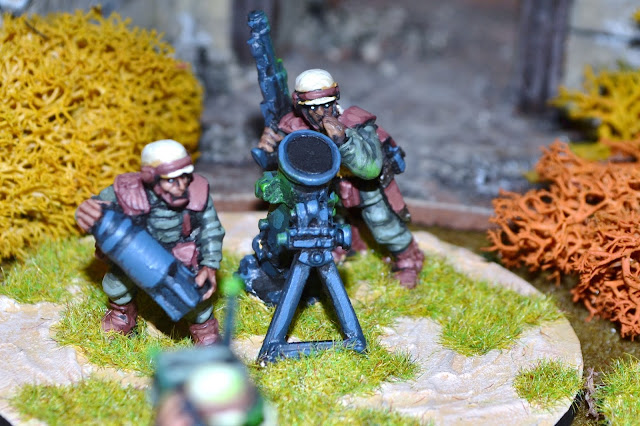 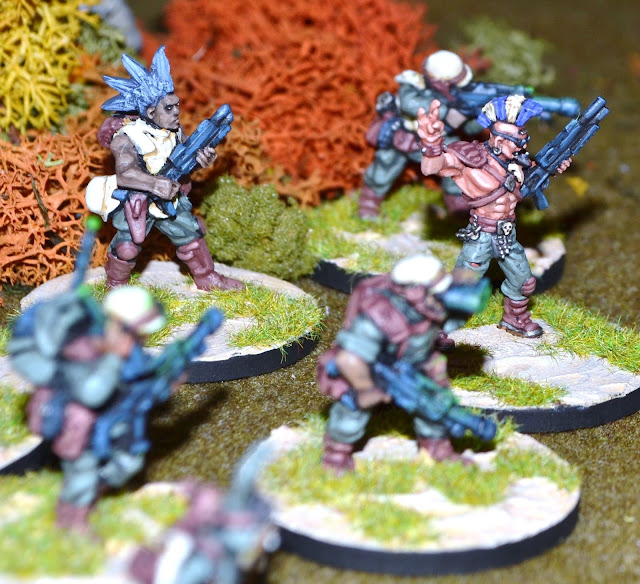 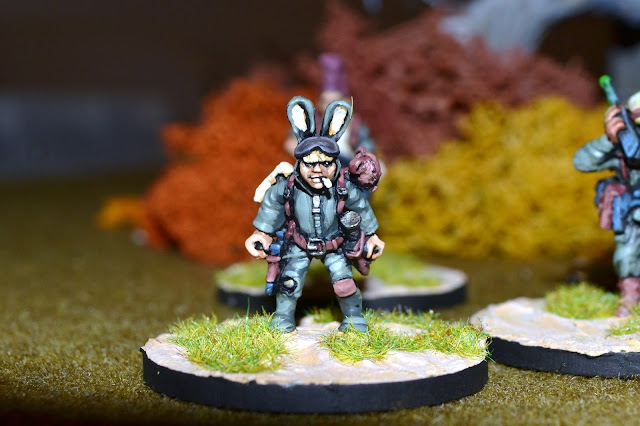 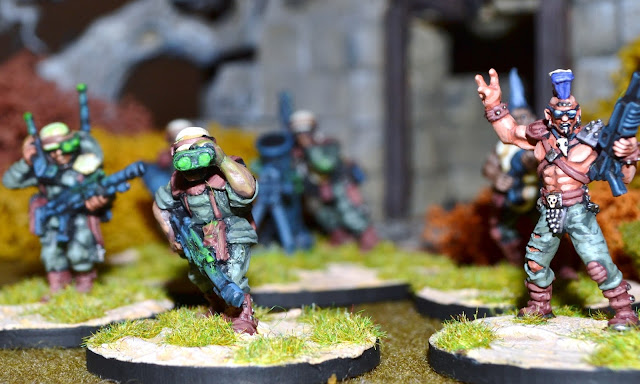 So these are my last figures that i needed painted up for Oldhammer Weekend!  Phew I'm done!  I noticed after the photo shoot that I should have given these ladz a quick brush off.  They seem to be trying to camouflage for their next mission. ;)
Posted by airbornegrove26 at 4:58 PM