After fighting Lopez's Undead I got home and did some points crunching, as was the style at the time. 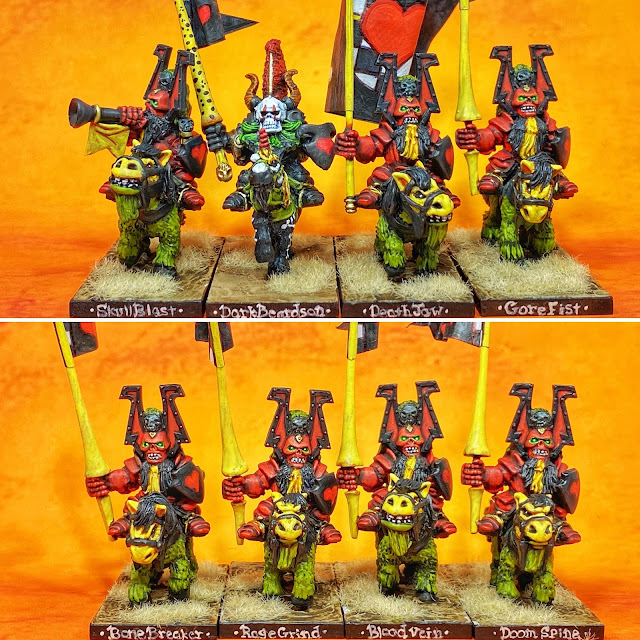 I knew I wanted them to resemble the Battle Masters Chaos knights that I already had in my army. 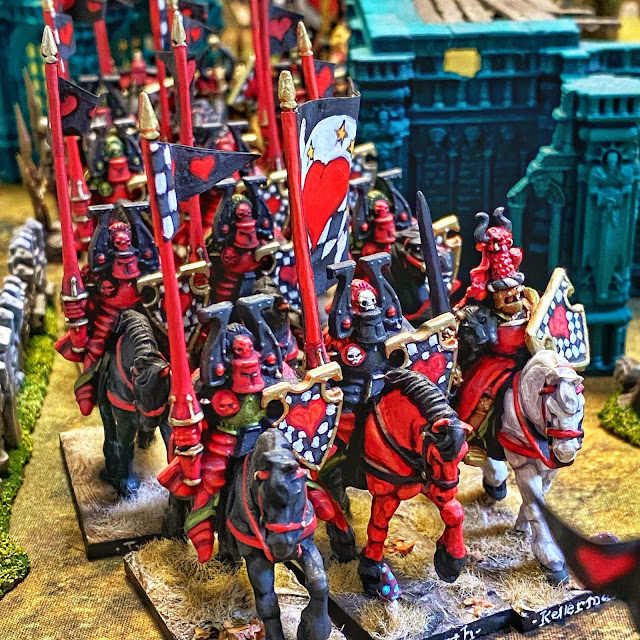 I found a Khorne Beserker head that would fit the idea.  Battle Masters chaos horns and a skull face what could be better for the knights of Black Vasken. 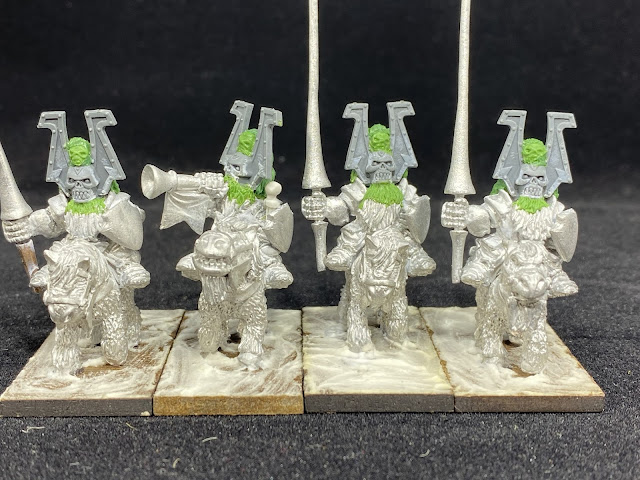 I added some beards and the horse hair plume adornments to the back of the helms. 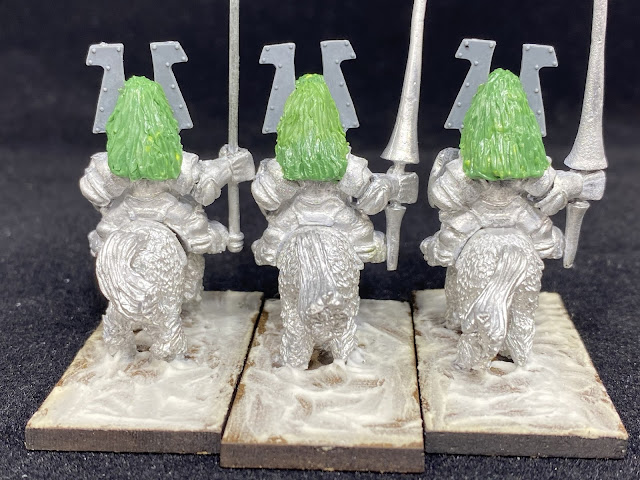 Other then that they are base WhiteKnight/TAG  Imperial Dwarf Cavalry Knights without the barded horses. 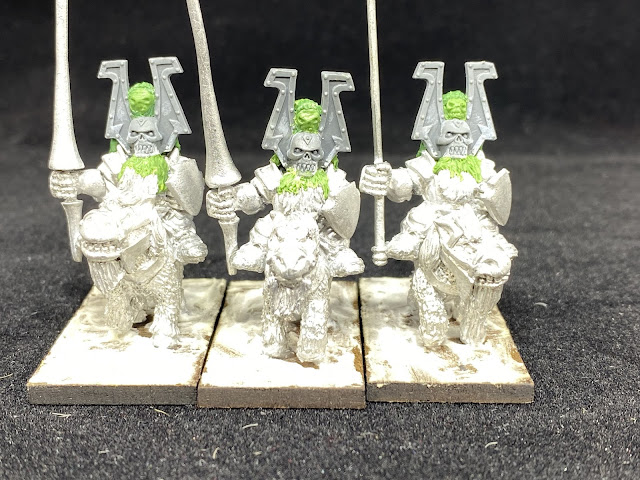 I have beefed these up to be Shock 4+ since the are Dark Beardson's personal body guards. 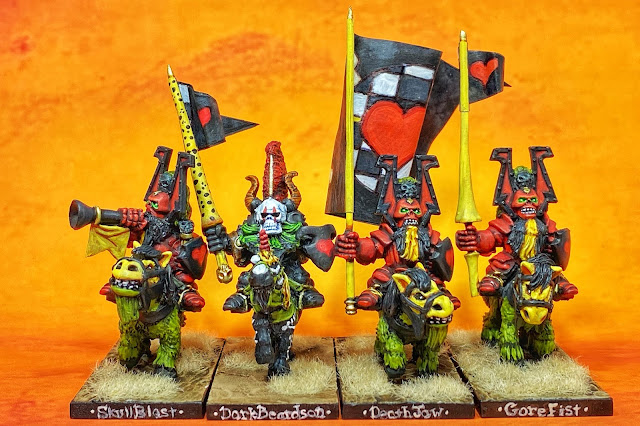 I've also stuck to my limited palette and its interesting how many variants I've had to come up with.  Each of the lance units now has their own specific color.  (Don't worry I'll take army shots very soon) 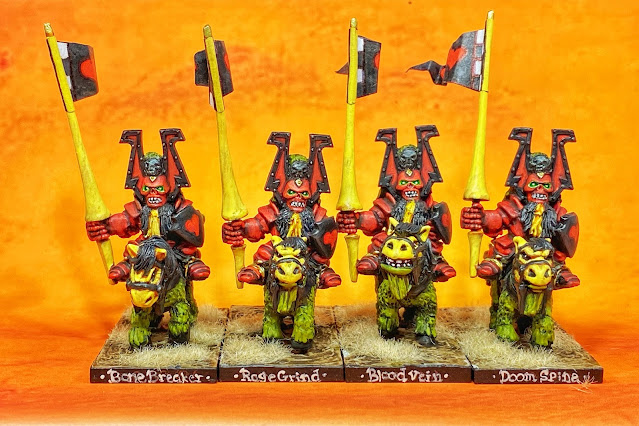 I went with proper Herohammer names that are perfect for the Blood Gawd. 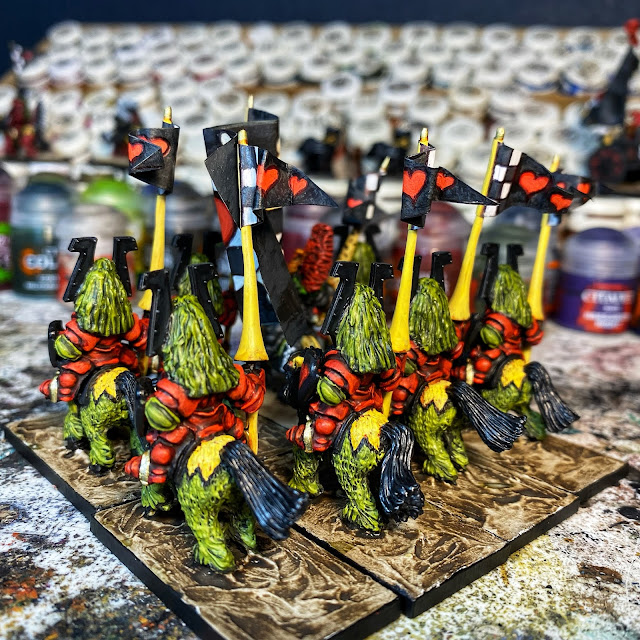