A few posts back I highlighted the  Return to Kalidus DLC for Space Hulk.  Well I got my 16 bit Space Wolf Guard finished over the holiday's and ready for your viewing pleasure.

I did a full squad with extra heavy weapons per the WD article.  With an added Rune Priest it becomes quite a heroic force for fabled sagas. 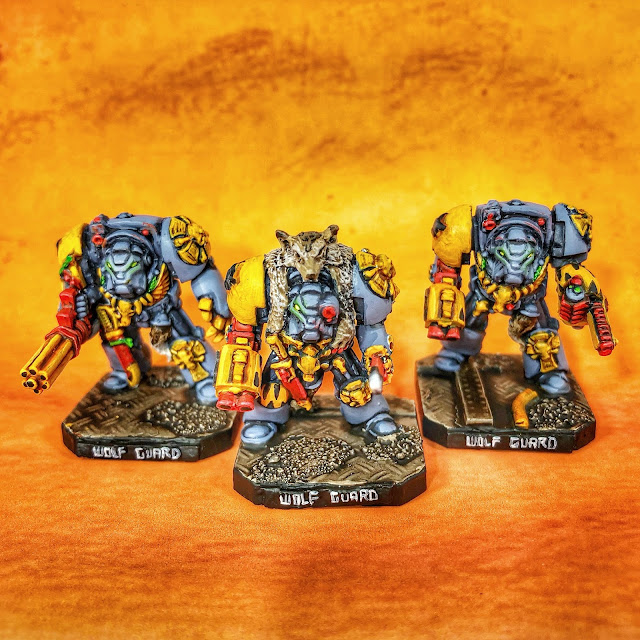 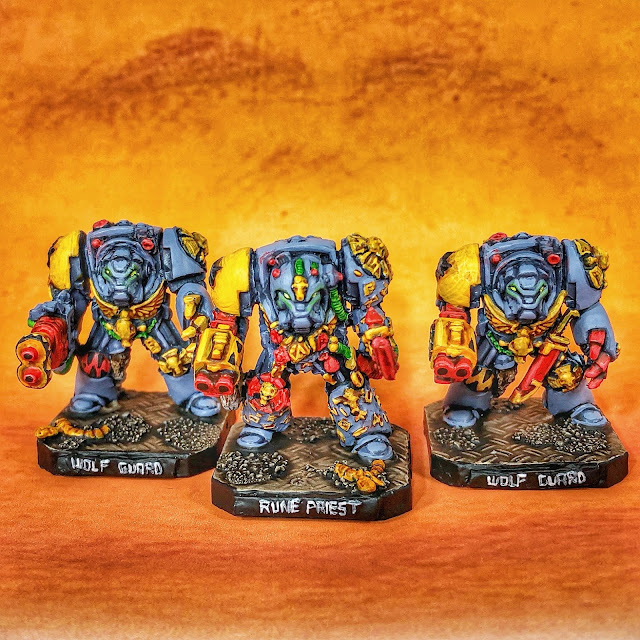 Deploying them in 2 teams of 3 has a nice ring to it. 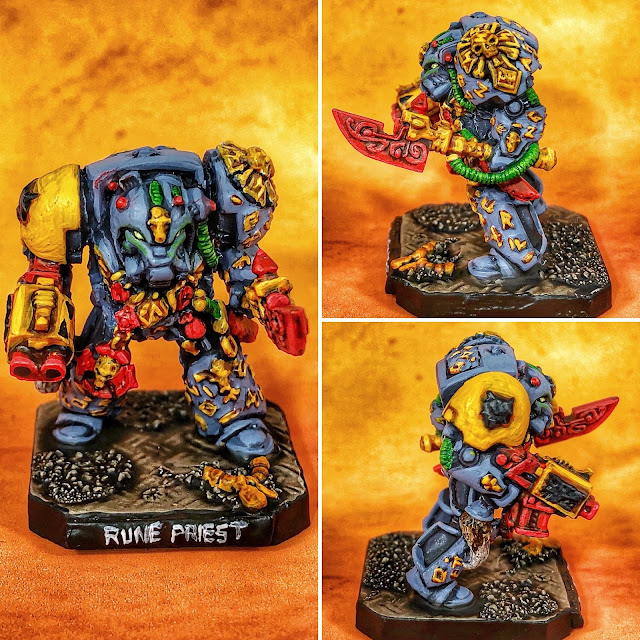 I made a press mould of one of the wolf totems on a modern plastic to add to the shoulder pad.  Unfortunately the only terminators to ever get this treatment where the iron fists in an upgrade pack. 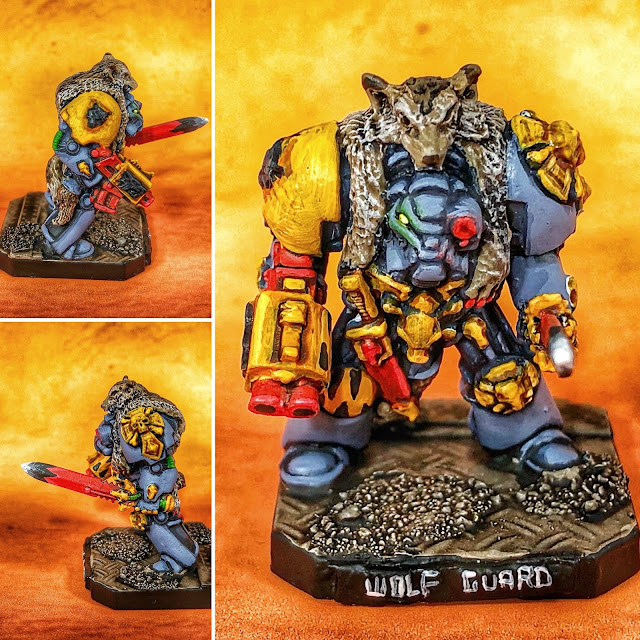 I really hum haw'd around on the gray.  I first tried contrast and it wasn't going to fit my painting style for this go round.  I settled on Foundry Night Sky which in the end I was extremely happy with. 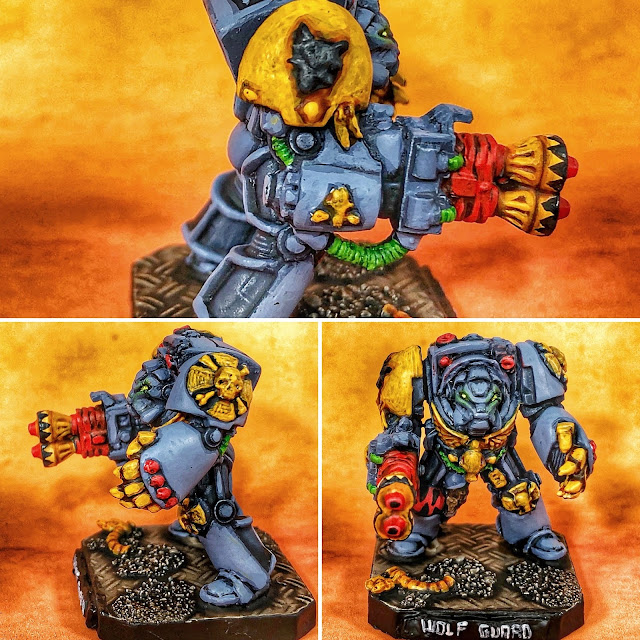 I really liked how the yellow turned out as well.  The original triad just didn't look right for me.  So  I built it up from just a base coat and adding white to each layer and in the end it really has that comic look that I enjoy on the table top. 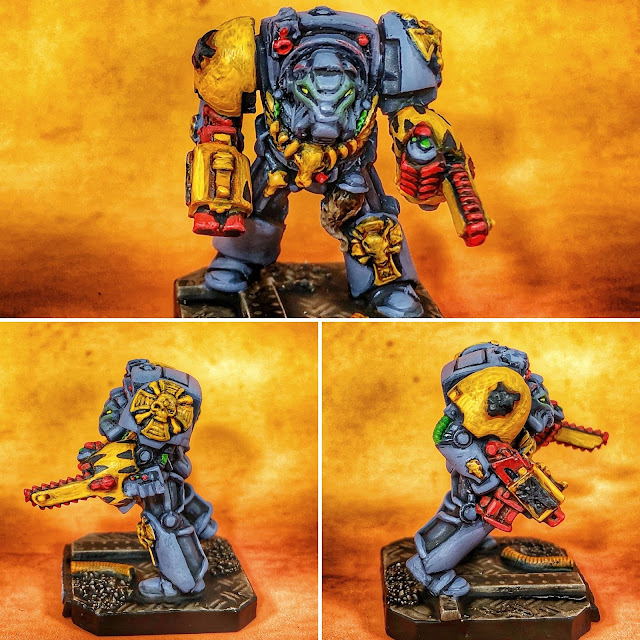 Limiting my pallet also gave me the red and yellow storm bolters which I turned out ace. 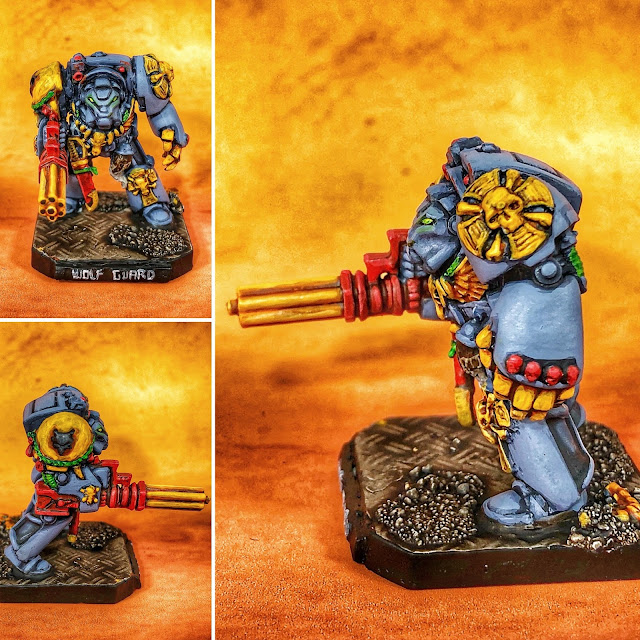 The original scheme really shines through, but with my subtle changes I've also made them my own. 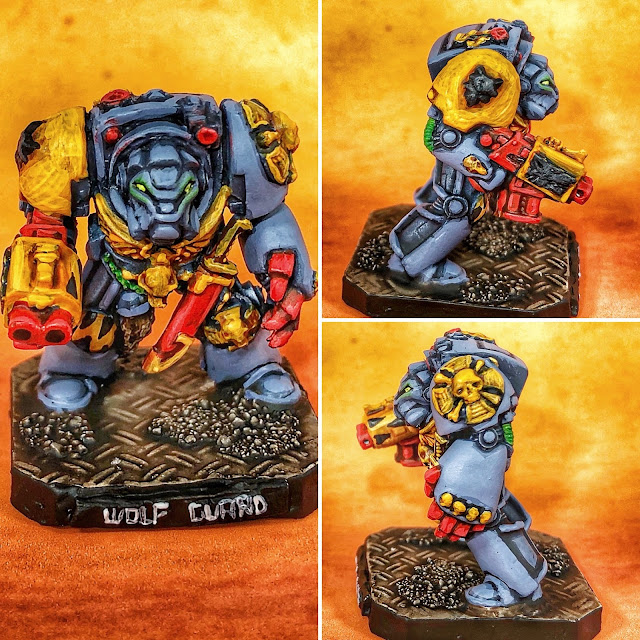 I'm not going to lie at the moment these might be my favorite terminators.  Don't worry I won't bin my Deathwing, but the Wolf Wing is about to get their turn.  So get ready for a howling good time.
Posted by airbornegrove26 at 10:00 PM