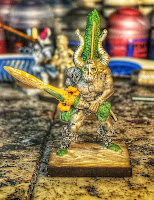 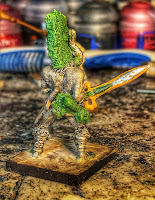 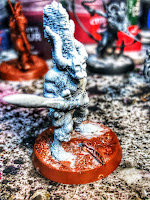 Then I needed to make Kissy Snakes mom.  I had three choices in the Dark Oath Queen, the Sorceress from the Godsworn hunt, and this Reaper Sorceress. 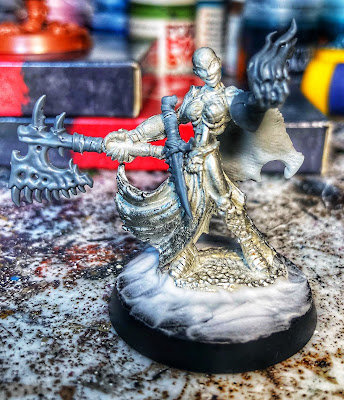 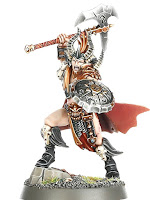 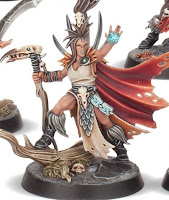 All 3 have similar poses, and in the end I went with the Reaper one as she has snake scale boots and halter.  I'm going to switch out her head with a chaos daemonette I think, and possibly add a cobra hood to make her more snaky.

You also might have noticed the use of the Godsworn hunt models up top.  I've added several bits from the Untamed Beast sprues to tie them in with the rest of the warband. 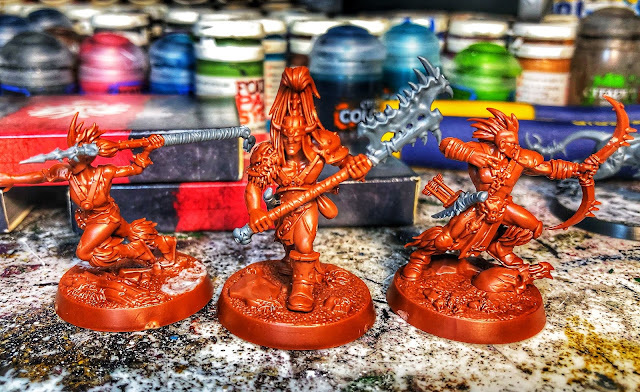 The big guy will be a Preytaker, and the other 2 will be Plains Runners.  I know it's a simple add but I'm quite proud of this idea.

The javelin was probably the most difficult part as that is 4 pieces of grey parts. 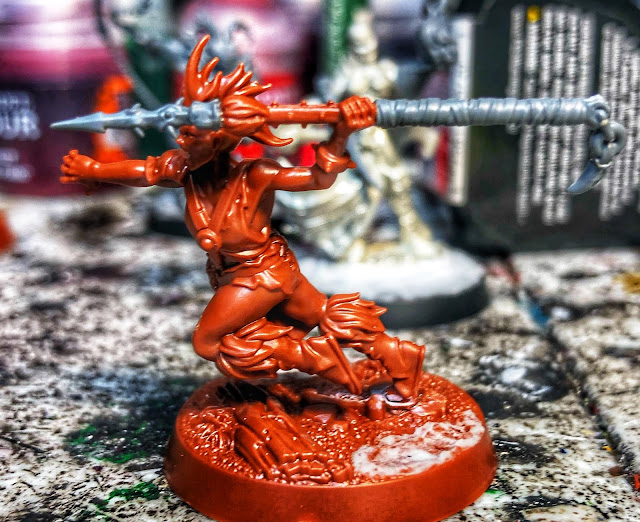 My  Beast Speakers bone mask was either lost in transit or when I was looking everything over in my unboxing.  Either way it's missing. Luckily I have a friend posting me a spare, so will get that sorted when it gets here. 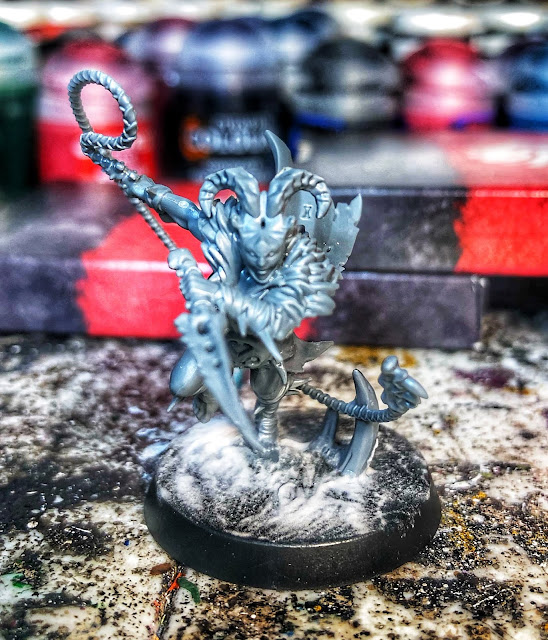 I saw the use of Wulfen heads on some other peoples warbands and thought that would be perfect for my male Plains Runners, the female will be getting a daemonnette head with Kissy Snake's mom as well. 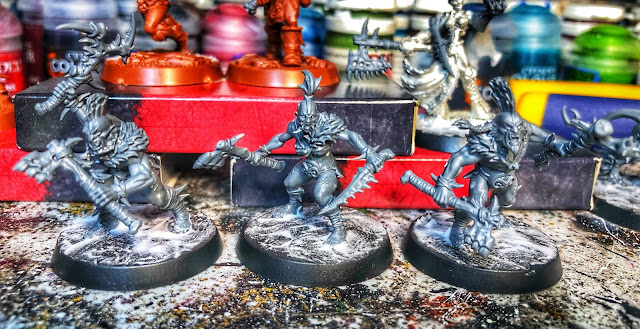 I wanted to be a little different with my Rock Tusk so added in the horns from the first fang as I'm not using that model.  I'm honestly not sold on using him either at the moment, and might even end up using a Ramschackle Dunger instead. 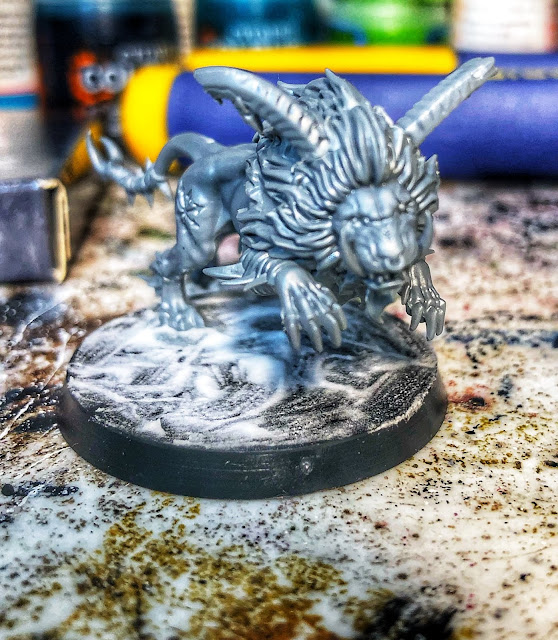 Who knows at this point what the final warband will be.  I'm really leaning towards a Plains Runner horde, but like the idea of adding in some thrall chaotic beasts too in the form of chaos warhounds.  I'll have to conquer a couple monolith's to do that though.  By then Tome of Champions and the Fomoroid Rock Thrower might be out too. 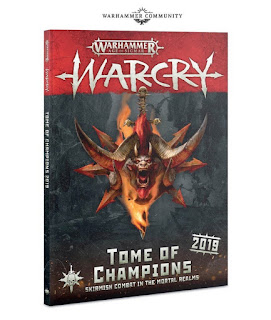 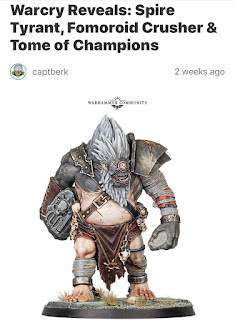 Well that's enough rambling for now....I need to go do some greenstuff work before I start painting. ;)
Posted by airbornegrove26 at 10:50 AM