It all started with a "Soap Box” and a knife hand and I was hooked. 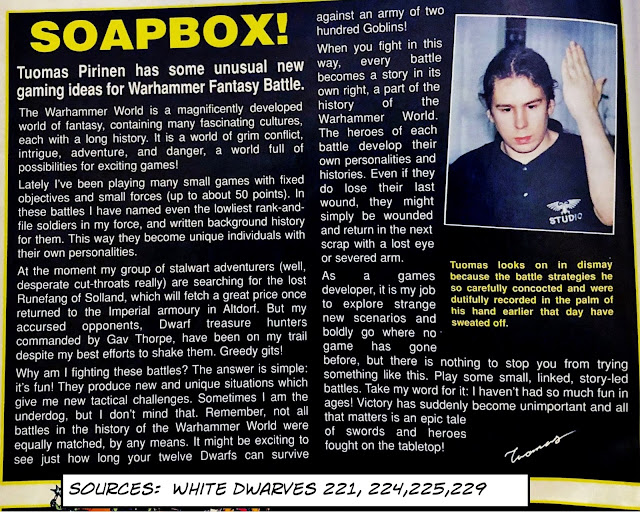 Tuomas expanded on his Soapbox from WD 221 into a City Skirmish game we have all come to know as Mordheim.  However in White Dwarfs 224-230ish we get a number of articles showing his development of the rules.  From his small skirmish games to a more developed rule set with expanded rules and weapons we now know as Mordheim.

I will be the first to admit, I have never actually played Mordheim.  However over a couple of conversations with Lopez he has stated that the Mordheim rules are one of his favorites, but the lists really don't allow for expanded forces.  So when I discovered these I was intrigued.  Basically Mordheim but allowable to be played with small Warhammer forces around 250 points or more if needed.

Have a quick look, or grab your own copies and give a quick flick. 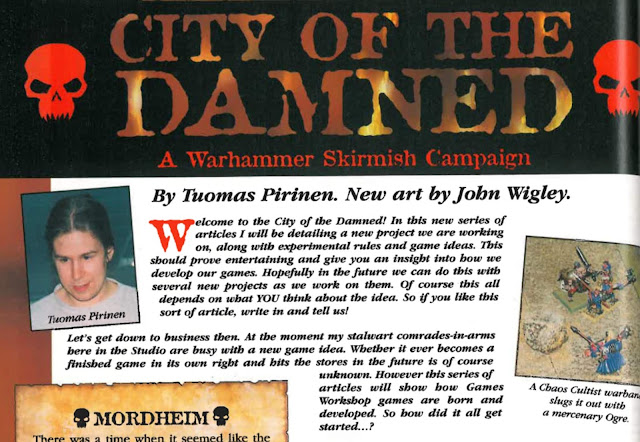 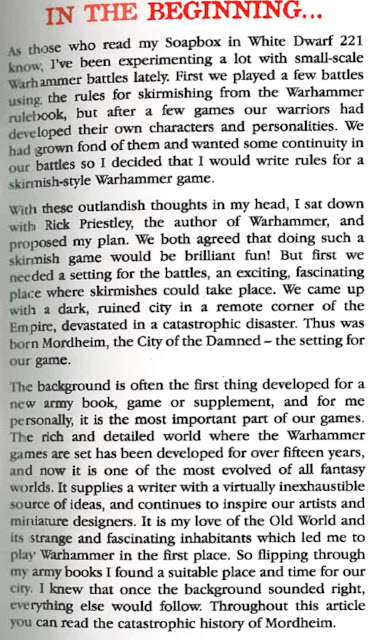 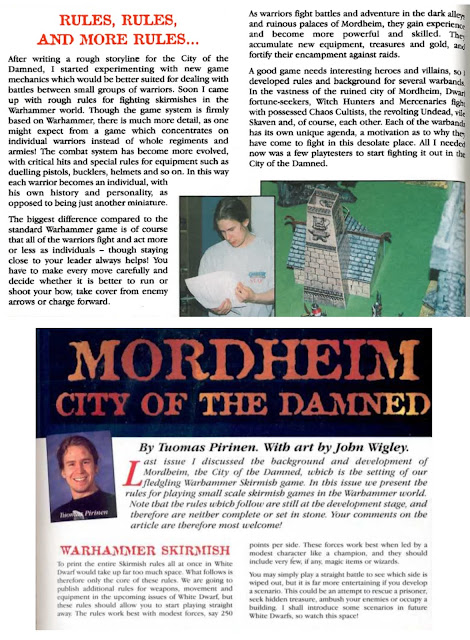 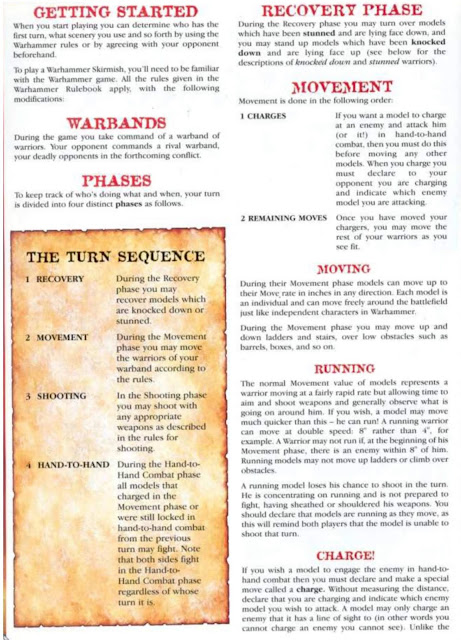 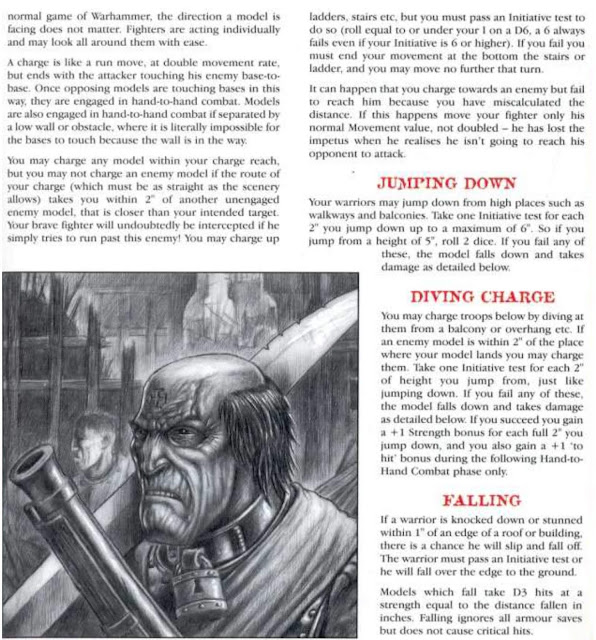 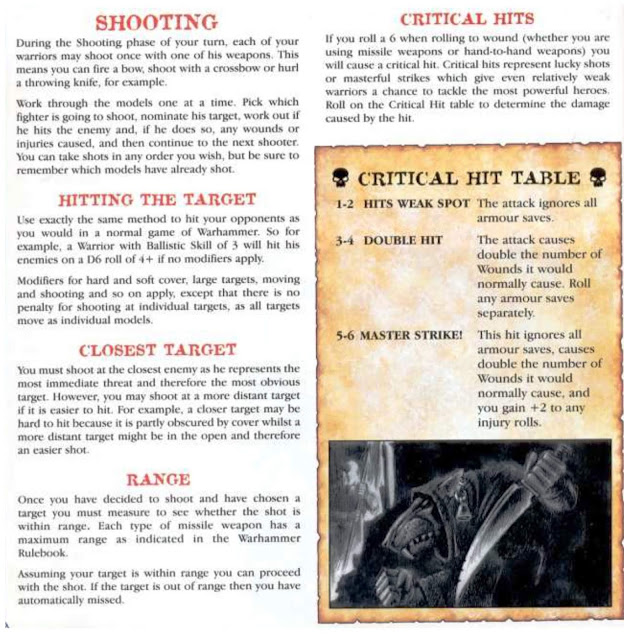 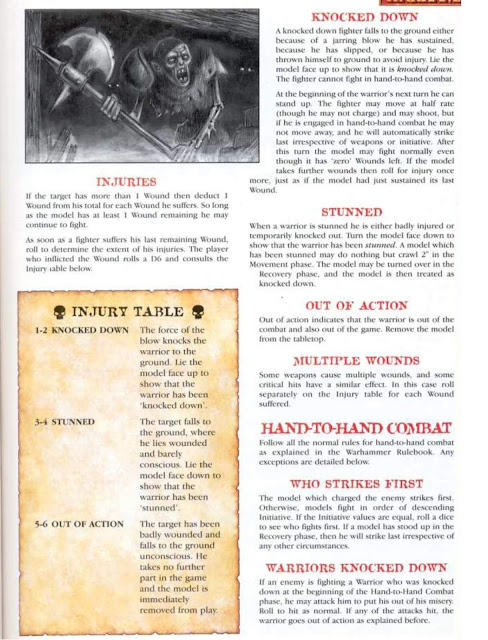 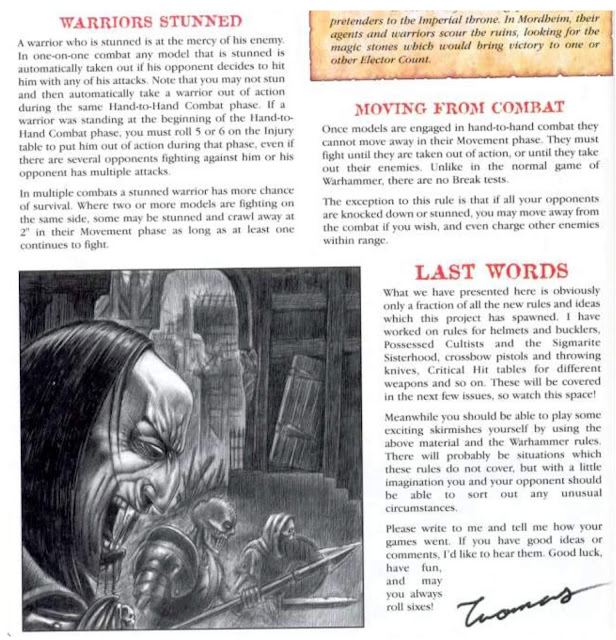 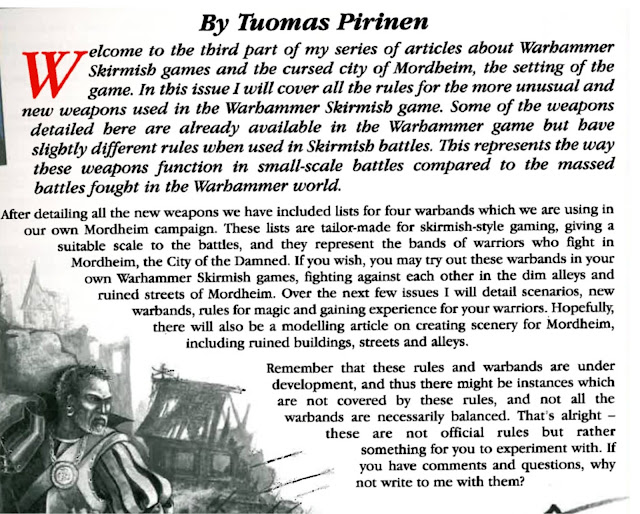 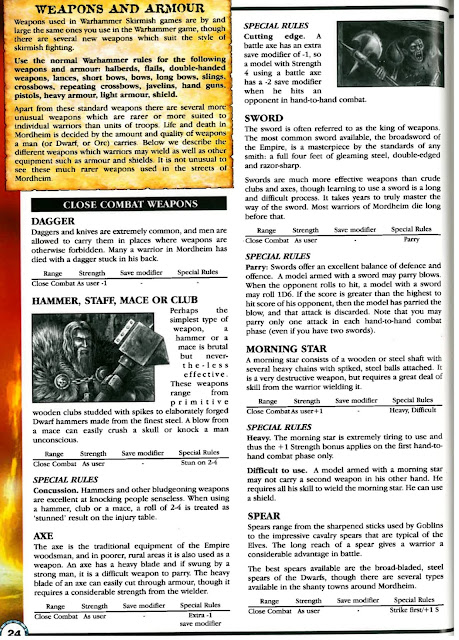 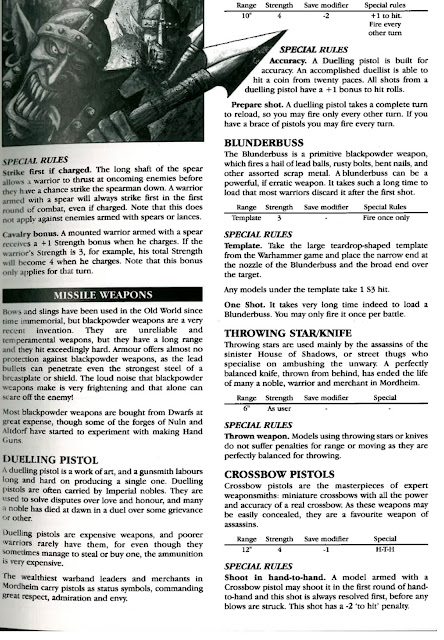 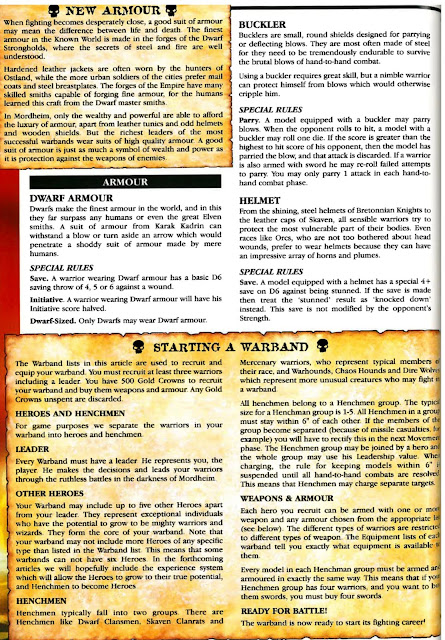 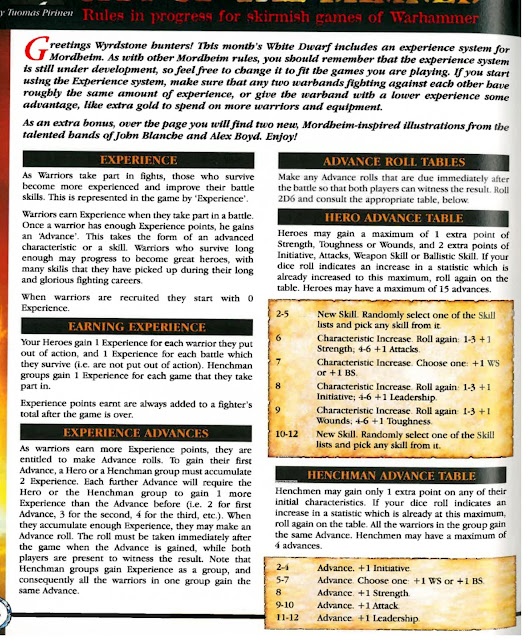 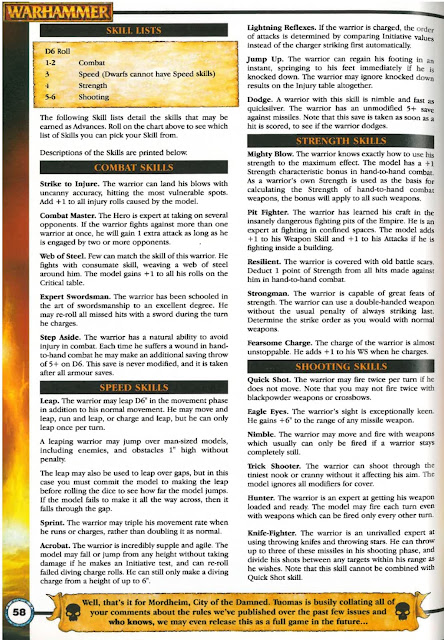 So there are some slight tweaks to the normal games of Warhammer.  But those familiar with Mordheim should already know that.  What I'm excited about at the moment tho is using my 3rd ed army lists and just using between 50-500 pt lists to play some smaller games.  Using these rules, as an overlay on 3rd. and adding in critical hits, and injuries and advancement.  Should be really fun.

I've already been discussing with Lopez on what we can do.  So maybe with all this wall building and skirmish listing, a narrative might develop deep in the steaming jungles of the New World. ;)
Posted by airbornegrove26 at 5:14 AM