Chronicles instead of Campaigns

This idea sprang more from playing Medieval Total War 2 and wanting to game some aspects of that then actually playing a campaign. 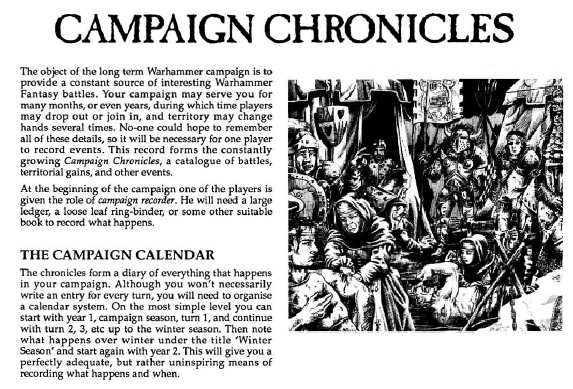 The tables below are cobbled together from various Warhammer Historicals, Warhammer compendium, Mighty Empires, and a few other places.

The idea really came into it's own when Bulldog Lopez shared an after battle game chart with me. It was a small chart for post apoc where you could send someone out to repair, and someone else out to scavenge.  Pretty simple but it got my mind racing. 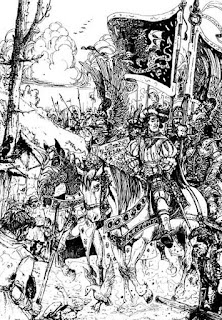 The main struggle with running a campaign is getting other like minded people to play with you.  We, most of us at this point are married, have kids, and jobs, oh and live hours if not days away from each other.

It all stems from how the game went for me particularly, but if others want to join in it has no bearing on my chronicle.

What I wanted to achieve from MTW2 is  is using agents like spies, princess's, and priests.  Occasionally maybe the hot dog salesmen I got from the last Astropolis Kickstarter. 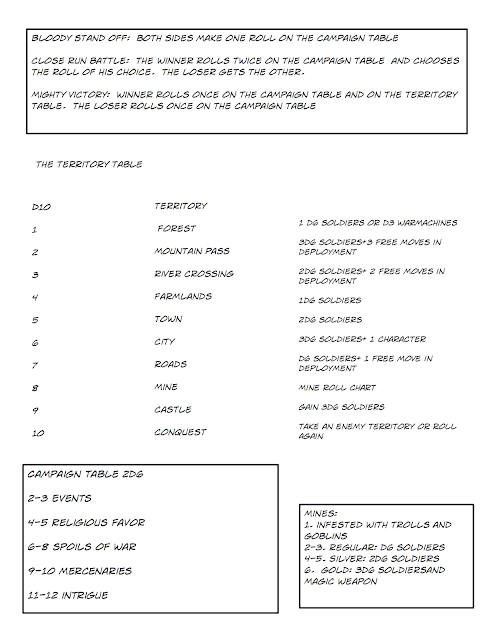 Pretty easy there.  After the battle we figure out how well I fared, then roll appropriately. 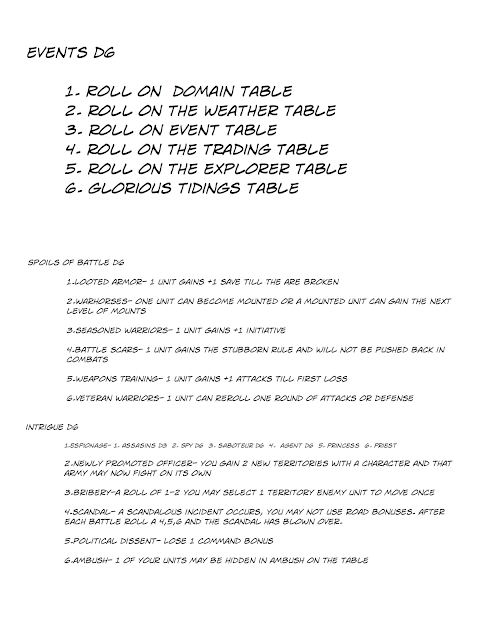 This is where it starts to get fun.  We get all sorts of cool stuff now. 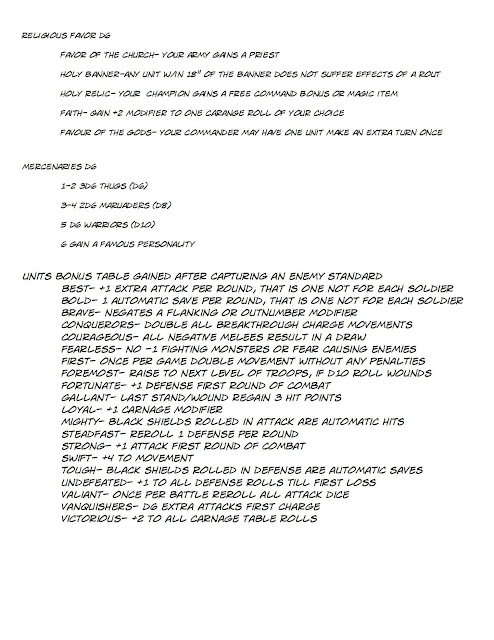 The unit bonus chart is for in game actions, I like to keep track of units who capture banners, don't you? 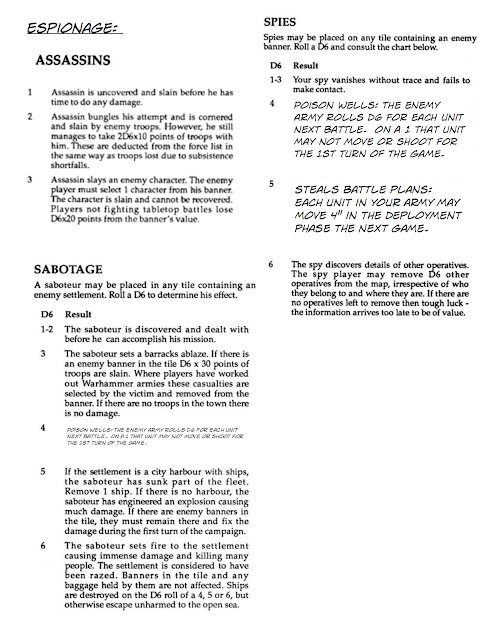 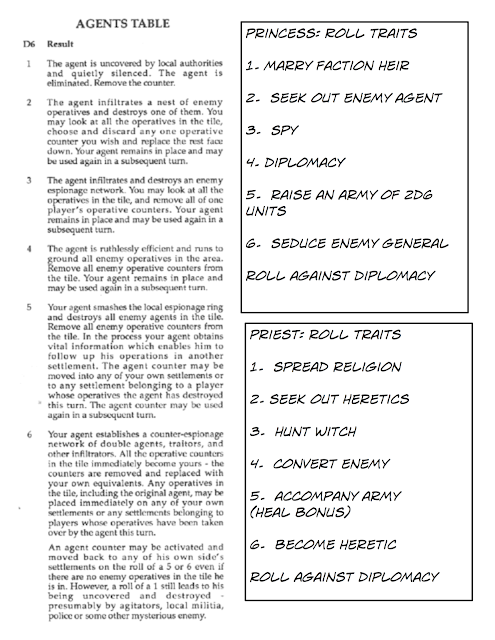 That's rolling on the diplomacy chart from Mighty Empires or enhanced Diplomacy from Citadel Journal. 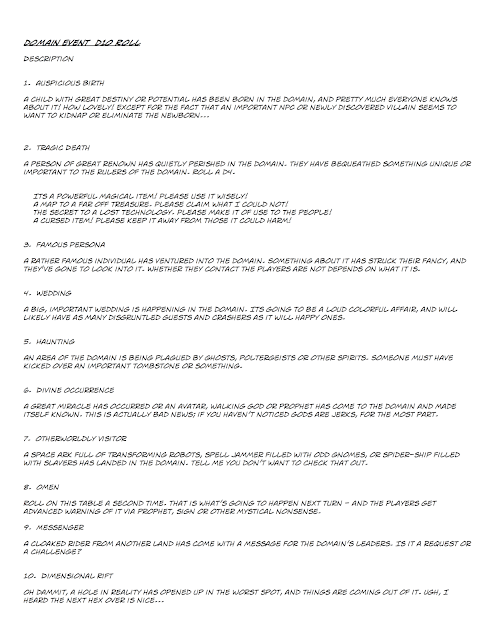 Not all this necessarily has to be played out on the tabletop, but I do comic reports so?   I probably wont do everyone, but some of these will be to fun not too. 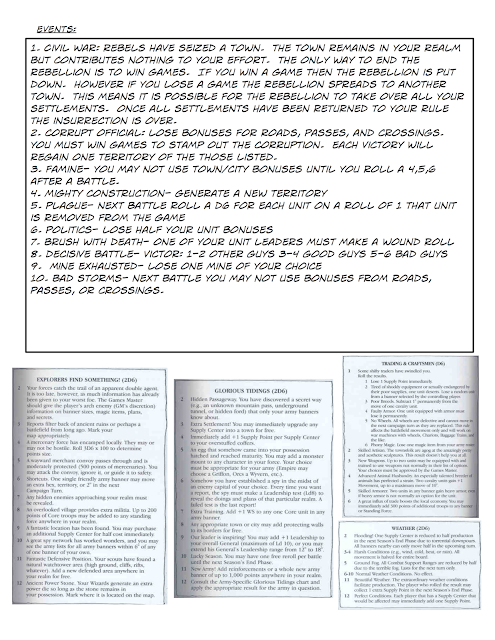 Executions, and your characters can escape....whaaaat!  More please! 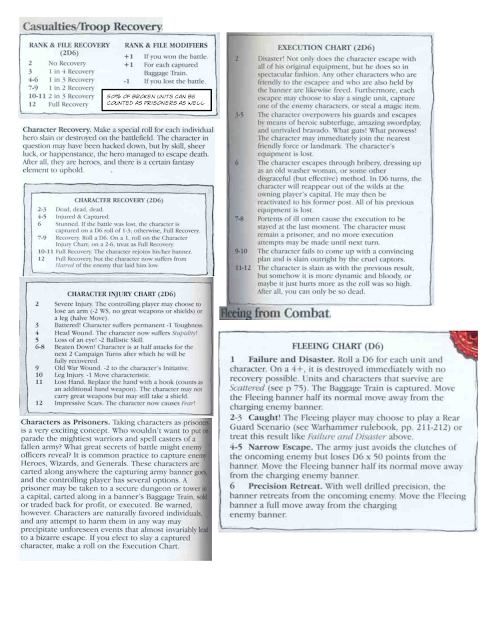 These are all pretty loose and vague so you and I can adapt these as needed.  But I'm pretty excited to get started on this. 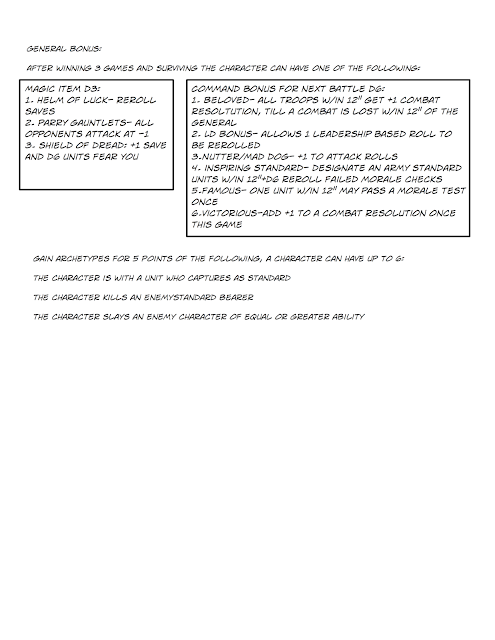 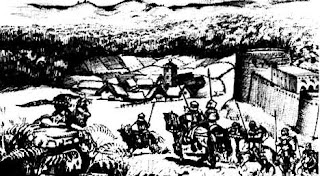 It's something I've been tinkering around with for a few years now, and then it all just clicked into to place.  Now I'm glad I can share with you.  If you have any other ideas or suggestions I would love to hear about them in the comments.

I think anyone interested in this type of EXTRA gaming will benefit from input from everyone.  Happy Chronicling, and I hope this inspires you, and maybe even get's you blogging about it.  ;)