I was searching through Ebay as we do and a certain Plague Monk came up.  He had such a striking resemblance to Master Splinter the idea embedded itself in my brain.  All sorts of scenarios ideas and plot lines started falling into place.  I had to make it happen. 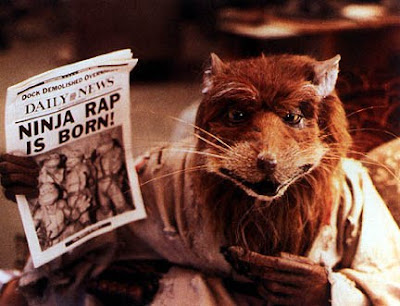 My brothers and I were huge fans of TMNT as kids.  We watched the cartoon as kids, and my brother recently bought the dvd set and we've been rewatching them. 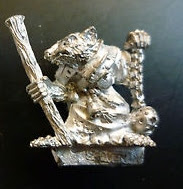 Also that end scene on the roof from the first movie still gives me goose bumps.  It's such a great plot piece and has fueled the inspiration even 20+ years later. 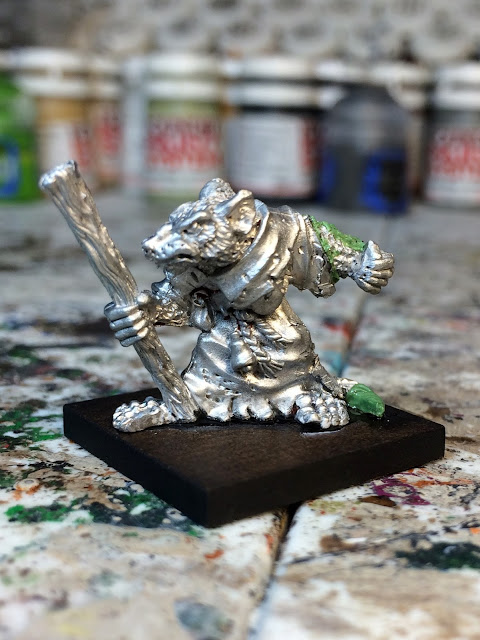 I reworked his arm a little bit trimming away the bits not needed.  Then added the necessary green stuff 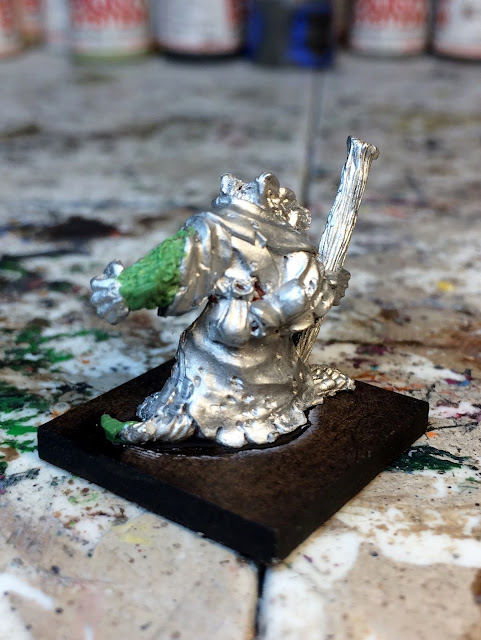 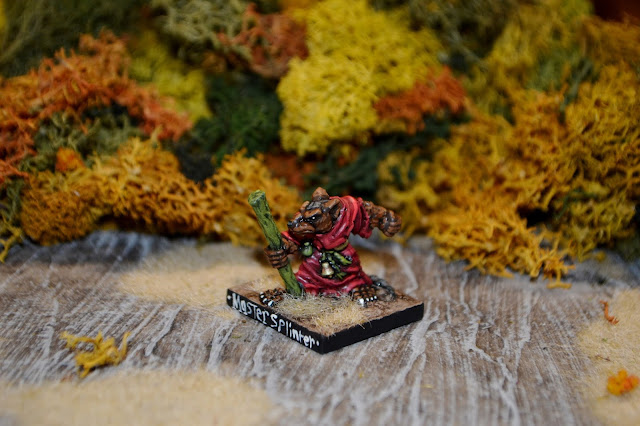 Painting wise I used the same palette as the rest of my chaos army.   I also tried to stick to the original scheme of Splinter as best as I could. 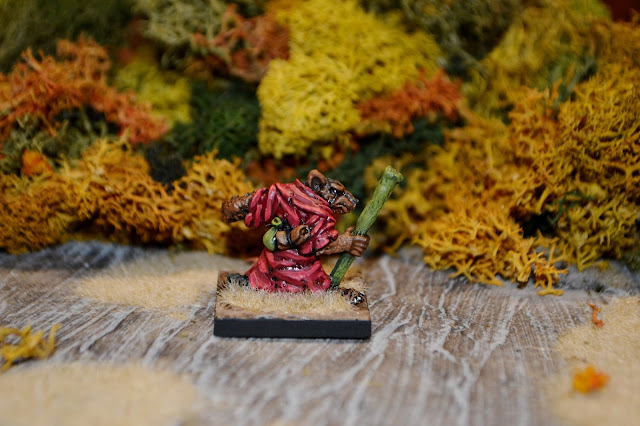 So the idea now is to have Splinter mentor Vasken for scenarios and just become a normal npc in my games. 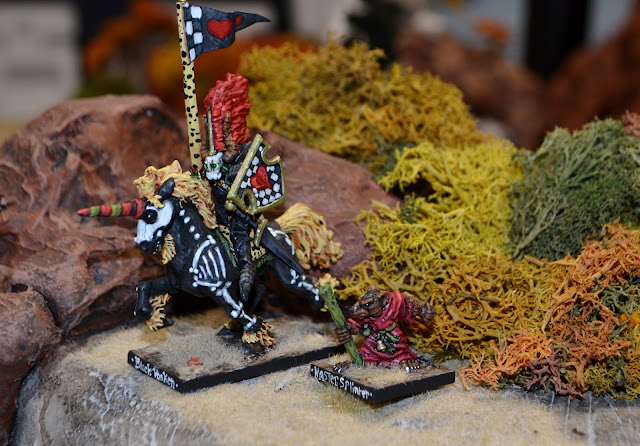 Cowabunga Black Vasken!  Let's get down their and take on the Foot erm I mean Count Grabbo.
Posted by airbornegrove26 at 6:59 AM