Up Smoking River: A Donnybrook Comic Report and Review 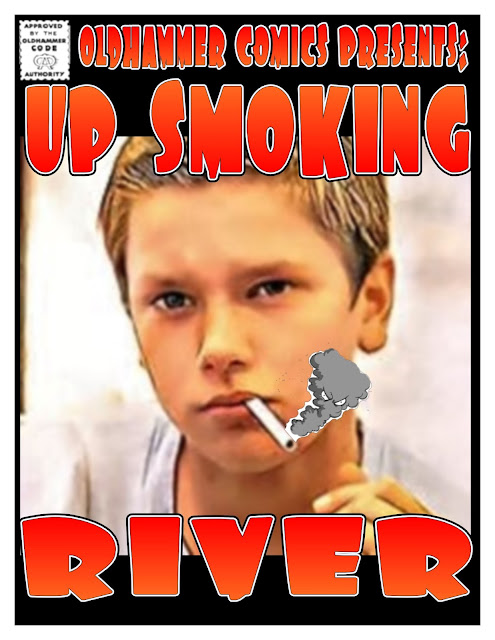 So first off, yes this comic report uses Quindia's own rules Donnybrook.  Let me tell you these rules are a blast!  More of that after the report. ;) 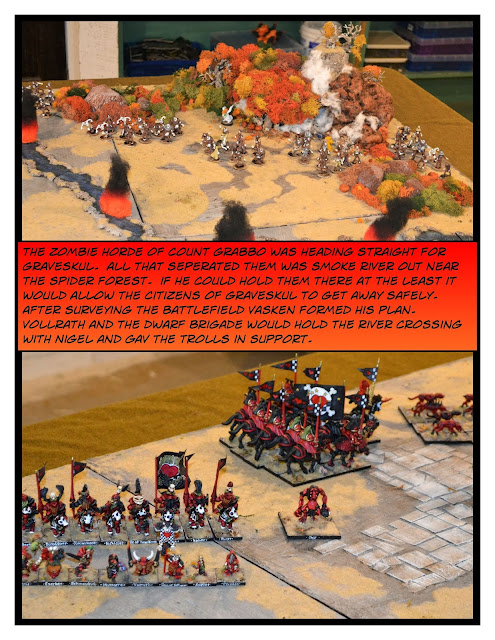 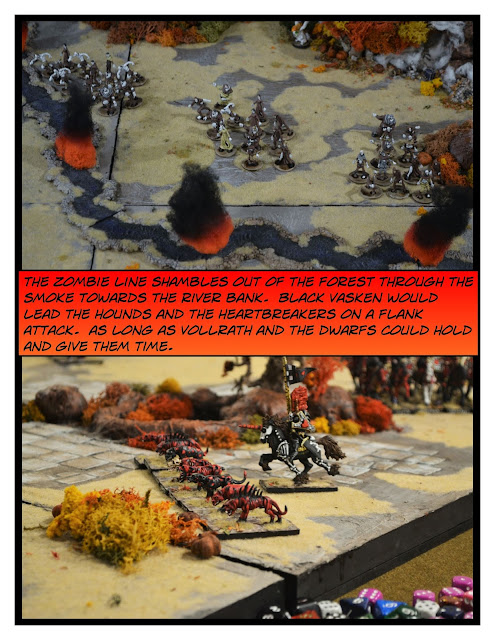 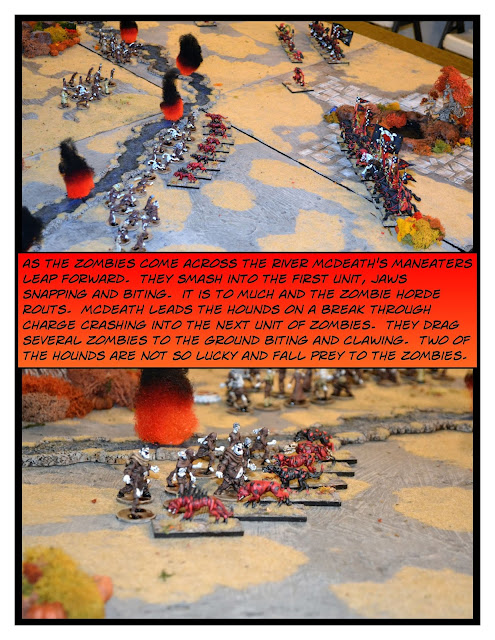 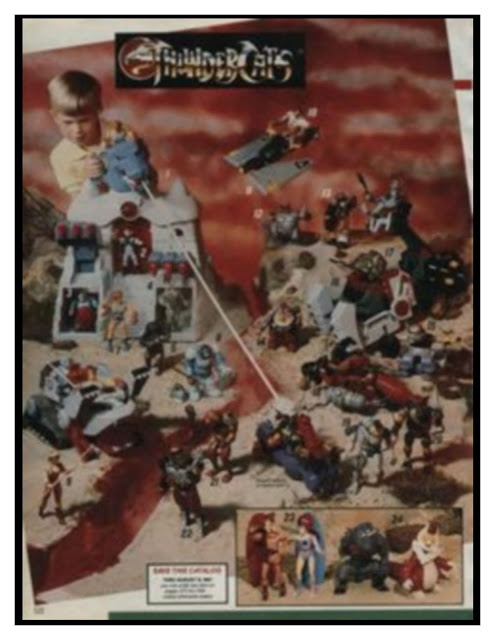 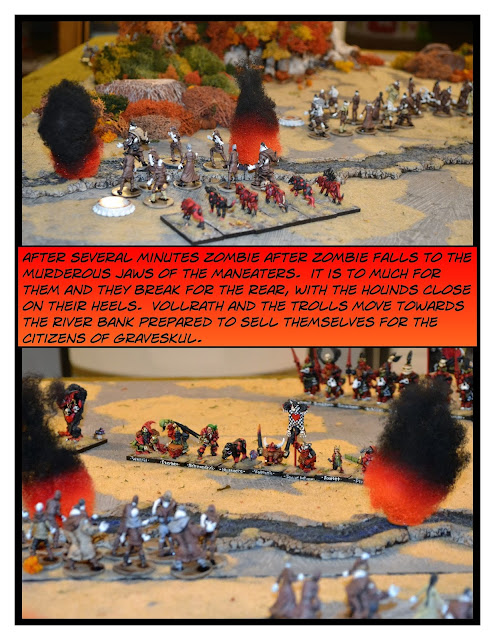 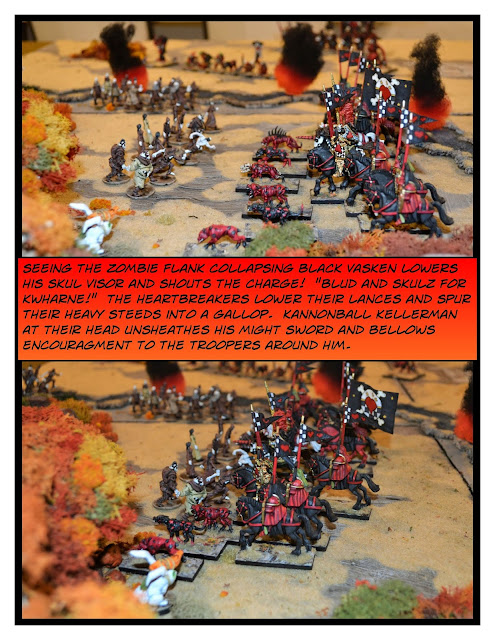 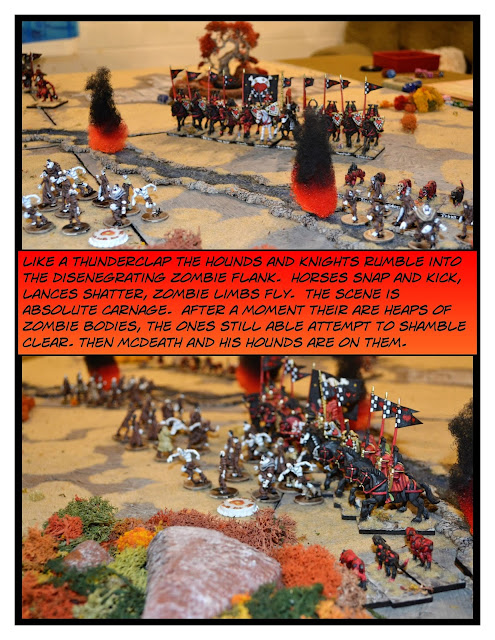 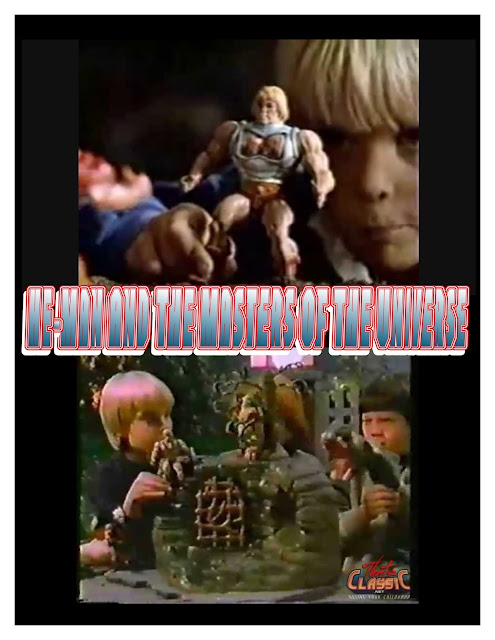 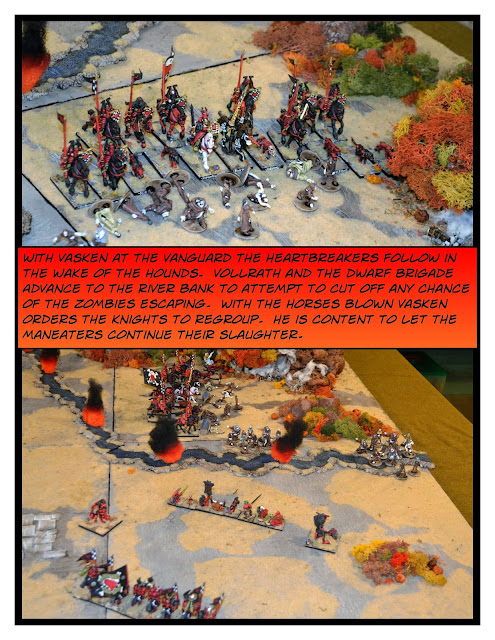 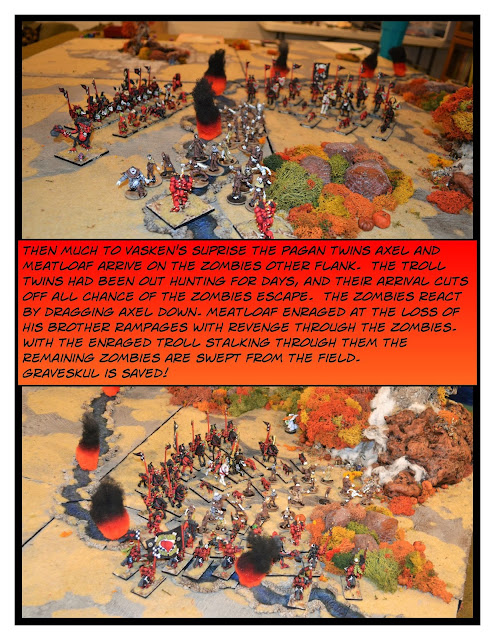 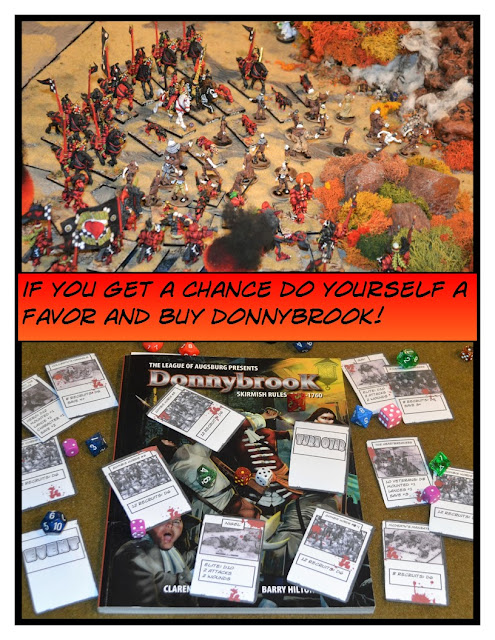 So a little about Donnybrook.  The rules are simple and effective.  I had been trying to homebrew something very similar for the past several years and just could not get it right.  Fortunately for me Quindia did!

Units have several different ratings that give you complete control of what you want in your force from a small elite force to a horde of rabble peasants.  So very Oldhammery there. With each different rating having a different type of dice ranging from D12-D6.  I'm going to have to get more funny dice...I was a little short on D8's Doh!

The really awesome part for me was how the turn goes.  Each unit gets it's own card.  You can see I made some custom ones for the scenario...I'm such a nerd.  With the deck being shuffled you don't know who will go next.  Perfect for a solo gamer.

I also played with the turn over card, and event card with this game, and both worked perfectly.  I had 3 turns end abruptly which really swayed the momentum, and actually made for some nail biting turns.  Also wildly entertaining was the use of the events.  Which are rolled on a random table, and may be used by either side depending on the event and possibility of a roll off.

I played 7 turns solo over two hours, with two turns ending after one or two cards, and also three turns that had events.  So as you can see very random, but very smooth.  Which I think is the real charm of the rules.

Also of note for Oldhammers like us is the announcement for a Dark Ages supplement which I have heard will be out around the end of the year. Either way these rules are easily self hacked and modified for your fantasy or sci-fi needs.

If you have played these rules or go out and buy them I would love to hear what you all think of them as well.  Also if you would like to know more about a certain part of the rules ask away.  Either way do let me know in the comments.  ;)

Also if you were wondering about the title page...yes that's River Phoenix from Stand by Me smoking.  When I typed in Flaming river it gave me a search option for smoking river, and the first 20 pics were you guessed it River Phoenix smoking. LOL  Had to do it.