So for those of you not in the know me and Bulldoglopez planned to meet up at Historicon for 4 days of rampaging Oldhammer madness!  We lasted three days before we were told to go home.  LOL  Actually more like the 12 hour drive home that said go to sleep Grove!  Doh 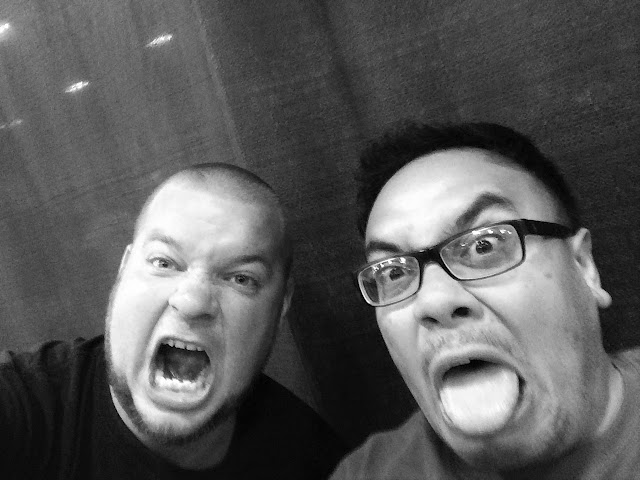 I was a total geek and got these shirts made up for Lopez in honor of being Banned from the Oldhammer Facebook page. LOL

Got to meet some other New World Oldhammerer's...some wearing our swanky 2016 shirt.  I think on Saturday there were a total of 4 shirts on the vendor floor.  Good work boys, it made it easy to identify you.

Finally got to meet Rob O, talked to Nigel and Rusty in the vendor hall.  Hung out with Kober Thu. and Fri.  Met Steve Severino and Ben White as well both wearing the Old Bean shirts!!!

Of special note I finally got to visit with Clarence Harrison in person and got to see his gorgeous table in person as well as some awesome minis. Do yourself a favor and check out his wonderful blogs.

Me an Lopez got a chance to play some 3rd edition Warhammer Thu night with 2 reports incoming.

One an open battle, the other a city fight. 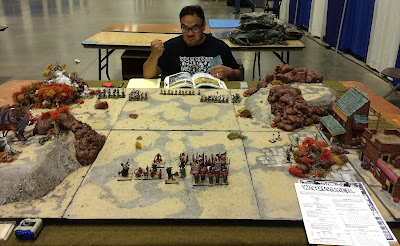 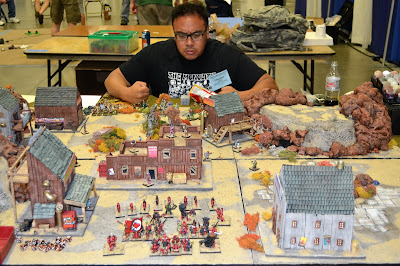 Those games were quite a hit with those passing by, especially three very nice gentleman visiting from Argentina. 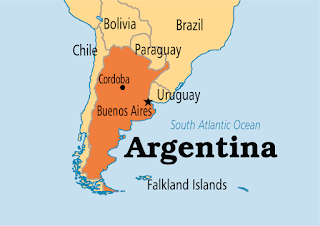 Fri was Rogue Trader or Rouge Trader by your Ebay searches, with Lopez working on two reports. A pirate duel, and what turned into a pig slaughter. LOL 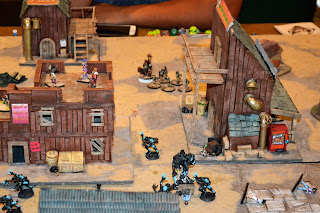 Fri also saw me making a ghost ship at the HMGS terrain building table. This ship really inspired me, and I had to have one kinda like it.  Still needs a little more work.  Will update that project with it's own post. ;)  Yes you read that right Ghost Ship! 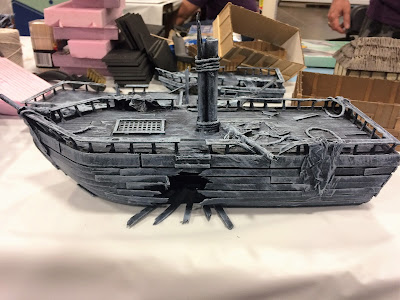 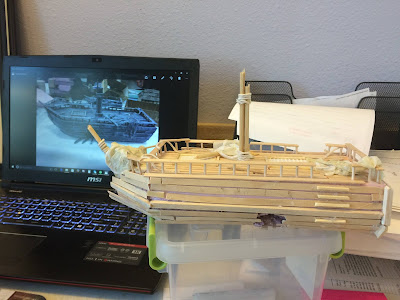 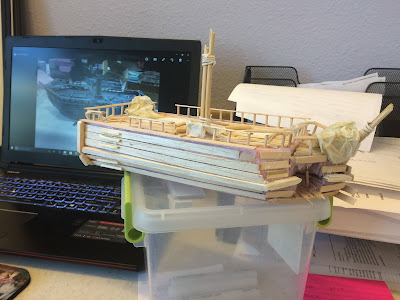 Sat was a lot of last minute shopping an awesome Space Hulk game which will have its own comic report shortly and a bit of Blood Bowl!  Which was new and fun, and after I got the hang of things I think it is something I could get into. 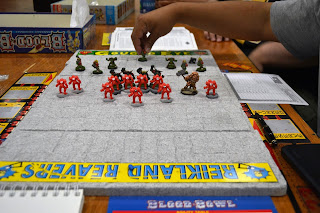 Oh and I almost forgot we got to take a selfie with Jeremy Vetock.  He was very kind in allowing it. LOL 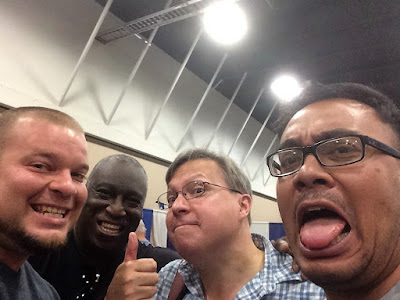 Historicon was a great time, and am hoping to attend next year.  So fellow Oldhammerer's and Followers mark your calendars so you can be in attendance and have an awesome time with us the Bad Boyz of Oldhammer...we Banned of Brothers!

Stay tuned for more action comic reports in the near future!