It's that time of year again!   He of Three Names, BlueinVT, Squires and Maj. Guiscard descend on Castle Grayskull to battle it out over a weekend of Oldhammer.  This year being the third year topped the charts as the best one yet. 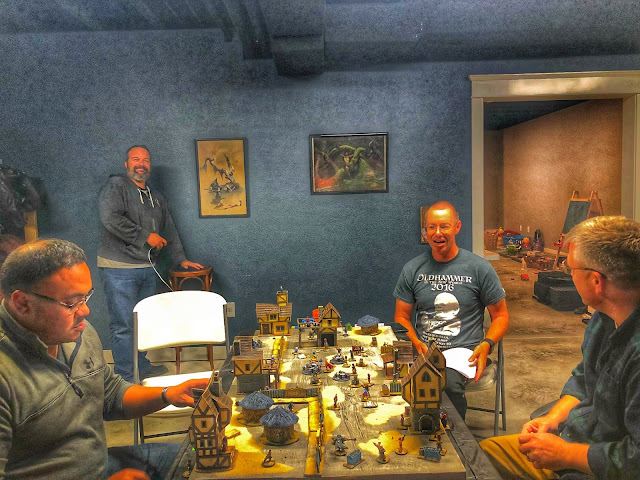 You couldn't have asked for a better weekend with friends and nonstop gaming for 48 solid hours. 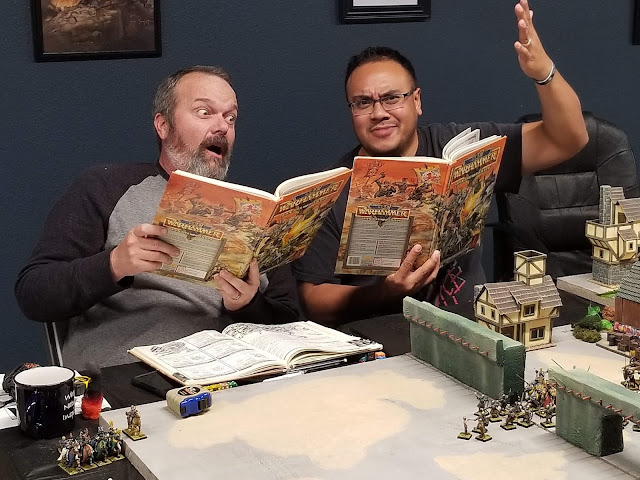 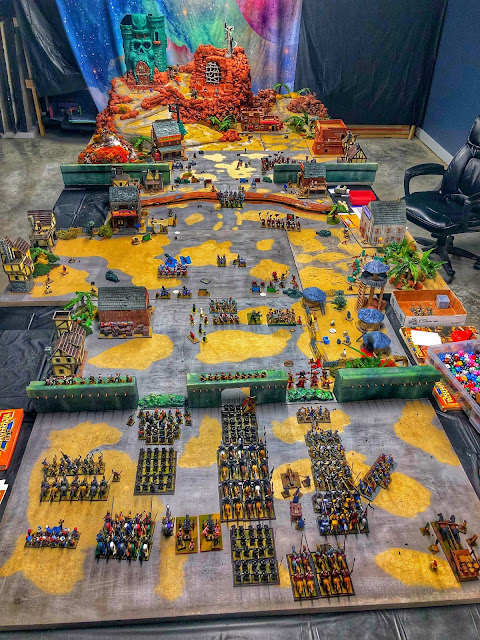 The main event was the siege of Graveskul...more on that next week when I get the comic sorted.  I can tell you this game was a 10 hour slugfest and the five of us enjoyed every minute of it.  I think we used every special rule in the book from Chaos Vortex spells to Booby trapped goblin fanatics in the form of a White Rabbit. 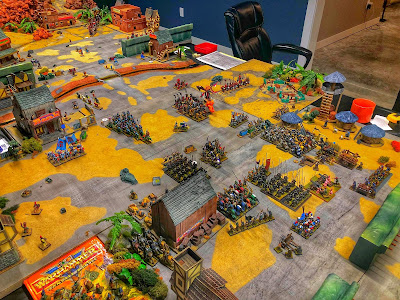 Lopez showed up a day early to help set up the siege.  So we had some free time to get in a couple games of 3rd ed. to get a nice narrative going for our armies.  I now have nice grudge matches going on against his Dark Elves and Blue's Dwarves. 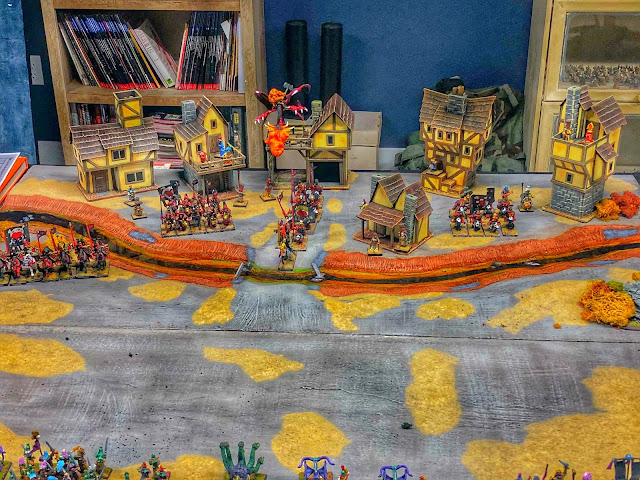 We also got a chance to have Squires run his Ambull Safari which is always a fun time. 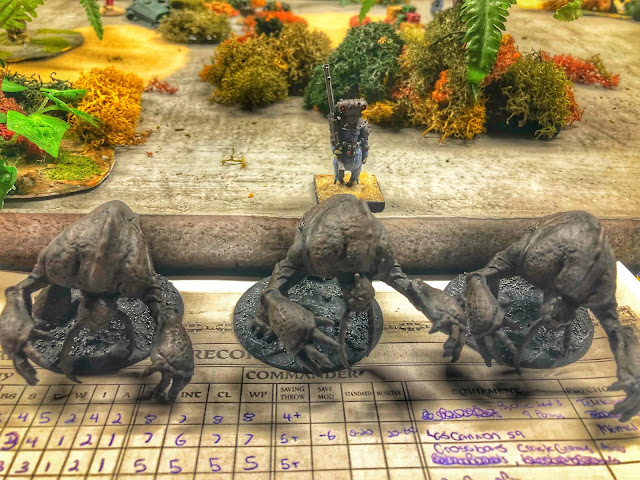 Blue and I finally wrapped up our on going campaign started way back in 2014 at the first USA Oldhammer weekend.  Over the past 4 years we have managed 3 games and fought the campaign to a conclusion...or have we.  The comic report is in the making as well. 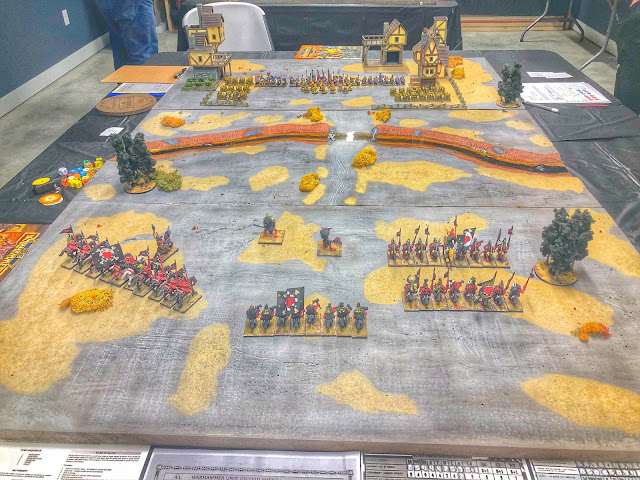 Blue and Lopez got in a nice game of Rogue Trader with Marine on Renegade action. 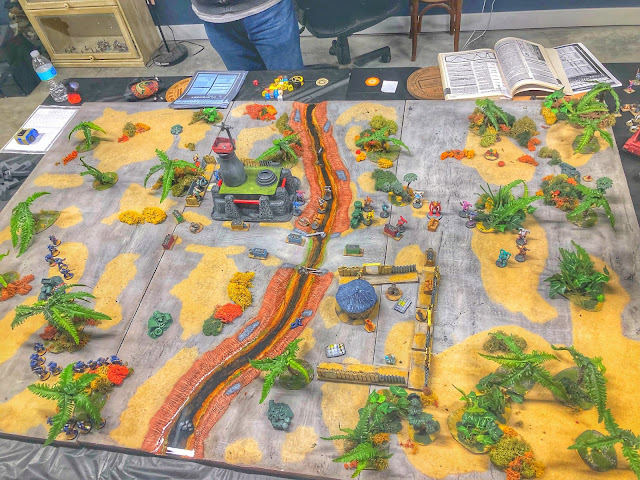 Then I ran Axioms Bounty hunter game for myself, and it was just as much fun as when we played it at Boyl. 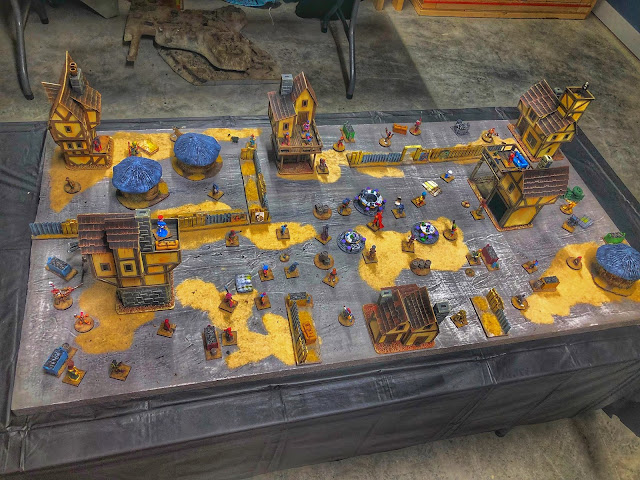 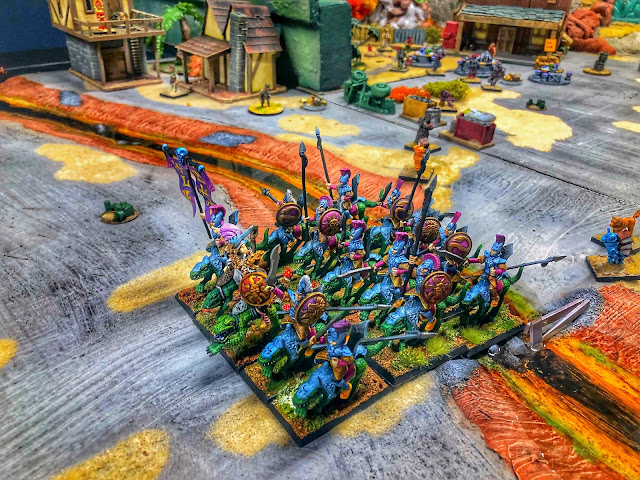 Stay tuned for Comic Reports...the will trickle in over the next couple weeks.
Posted by airbornegrove26 at 1:42 PM