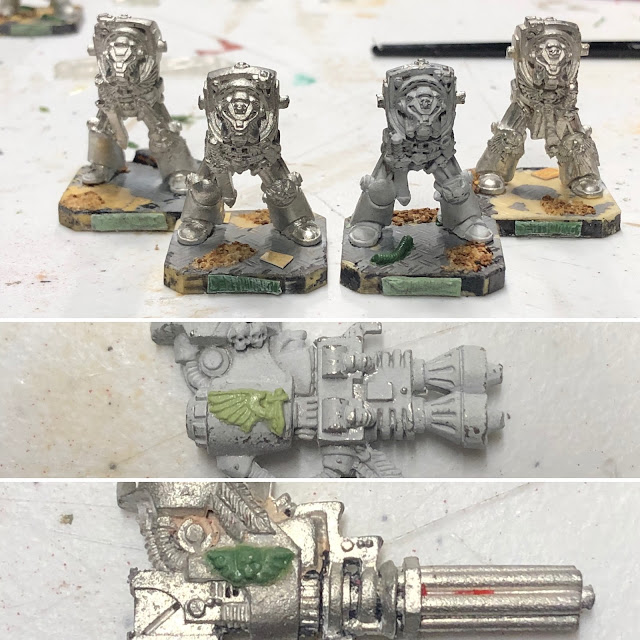 After Nico spiced up his Blood Angel's I had to rise to the challenge!  I set about making some press moulds and rolling tiny balls of greenstuff.

The Deathwing Terminators come with a feather adorned knife, so made one for the Chaplain.  It also made sense to give him the a Deathwing Sergeant Crux shoulder pad. 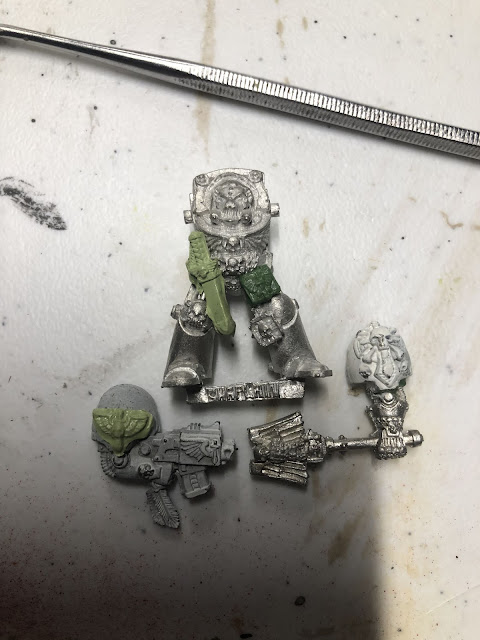 I added in a tome off Ezekiel, a Deathwing Stormbolter arm, and some feathers off his crozious arcanum. 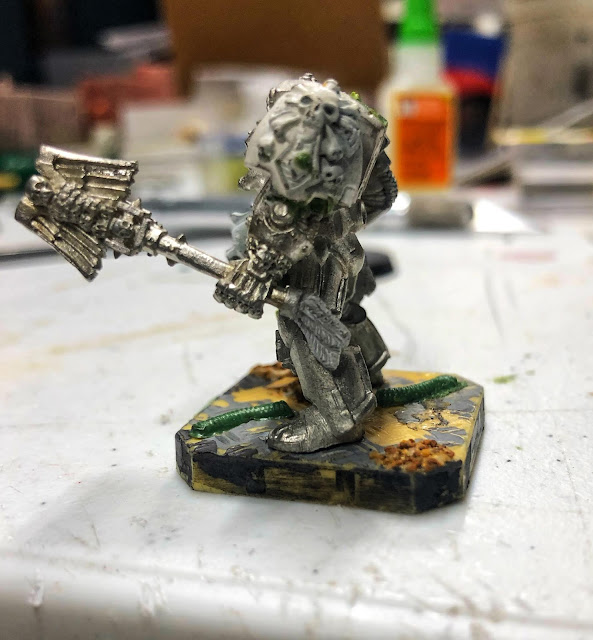 I'm really quite taken with the idea of the Chaplain leading the squad and the uber nerd in me wanted  a historical Chaplain I could base him off.

Unfortunately White Dwarf is rather thin on Dark Angels Chaplain outside Asmodai, and when they appear in battle reports none of them are named outside the uber heroes. 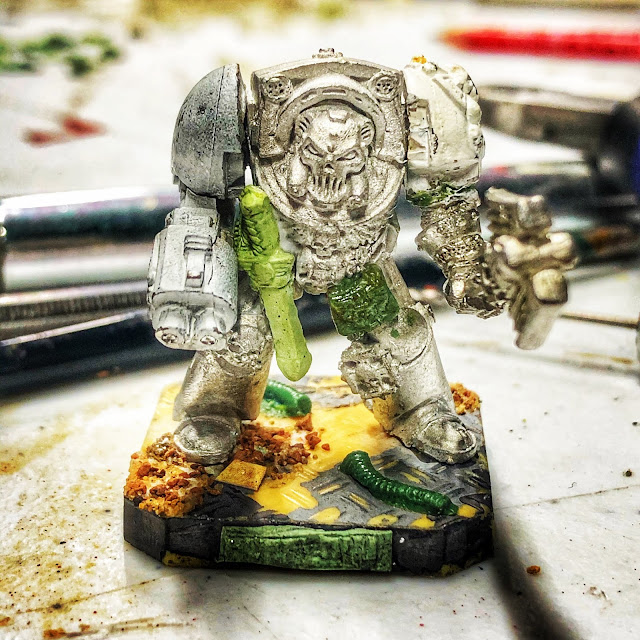 I happened upon Andy Chambers "Chamber of the Horned Rat" Articles were he created the Piscina Campaign which then turned into Storm of Vengeance.  Even better there is a prominent Chaplain named Boreas who would fit as the Chaplain I'm looking for. 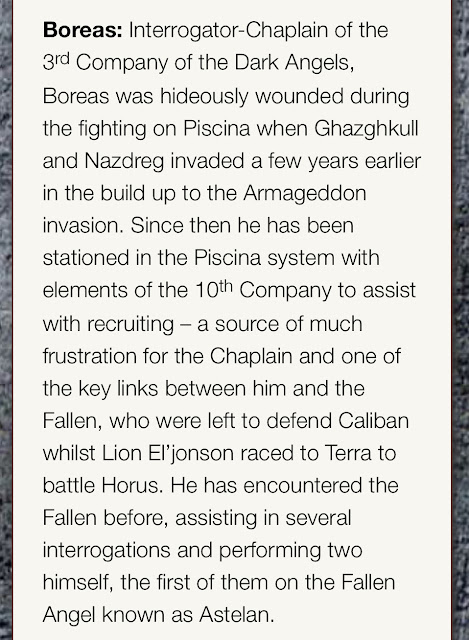 Frustrated with his position and hideously wounded what better spot for him then fully enclosed in terminator armor and the excitement of leading a squad to clear space hulks!

The rest of the squad needed a Deathwing icon for the shoulder pads as well as an icon for their power gloves.  I also made one extra terminator so I could switch between the heavy weapons if needed. 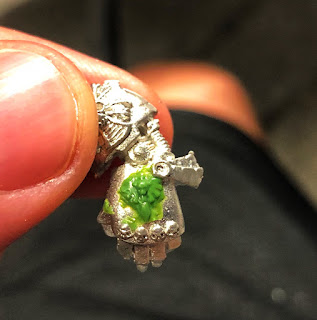 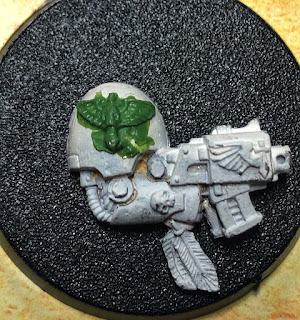 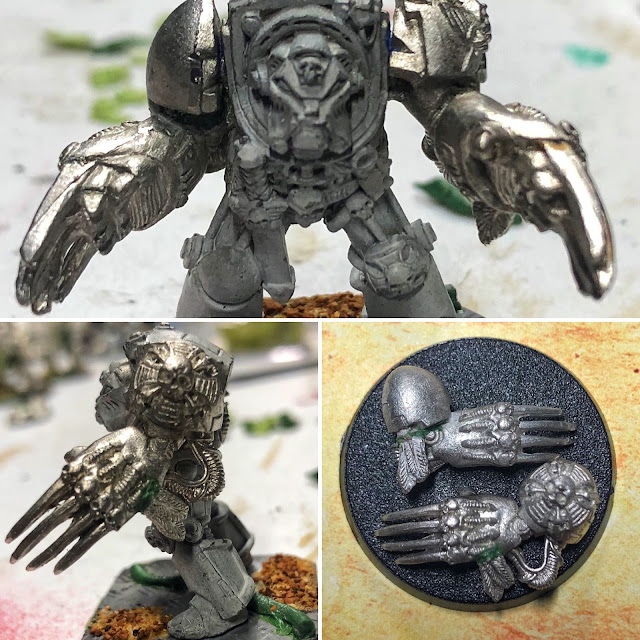 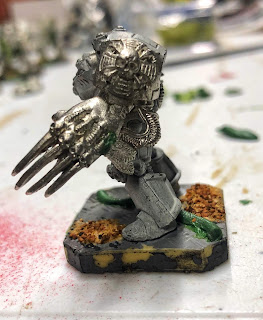 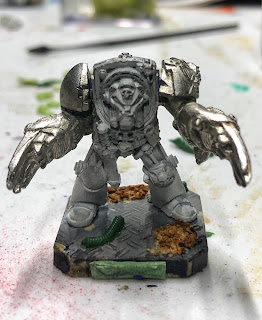 So there you have it.  Squad prepped and ready to paint! 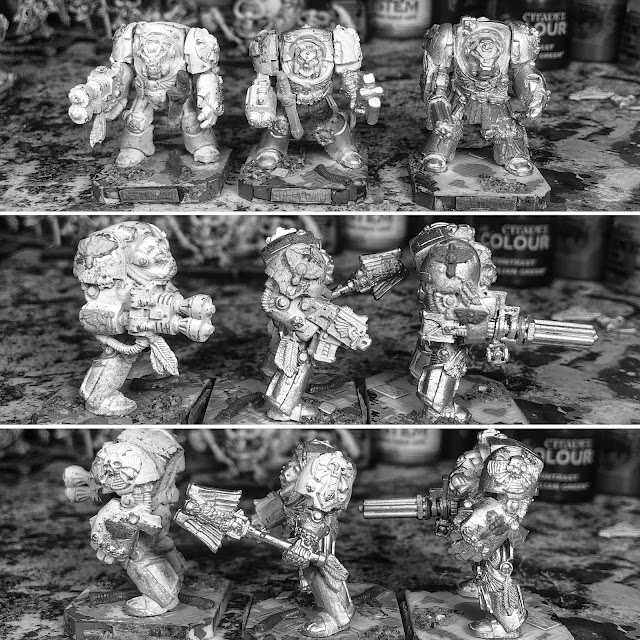 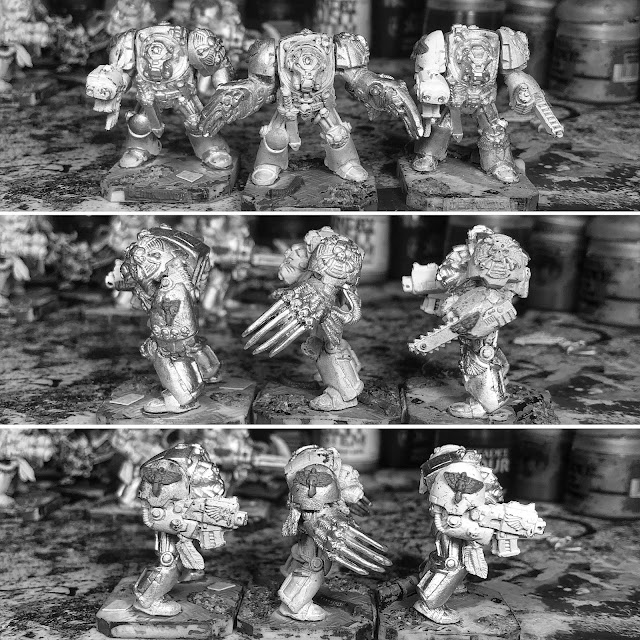