I got inspired by Clam and Sjoerd as they painted through the Marauder Miniature MM90 Chaos Dwarfs.  I decided to hunt some down and get cracking on them as well!

Luckily I have a good friend in Nigel Wood who was able to help me out with the bulk of the Marauder dwarfs. 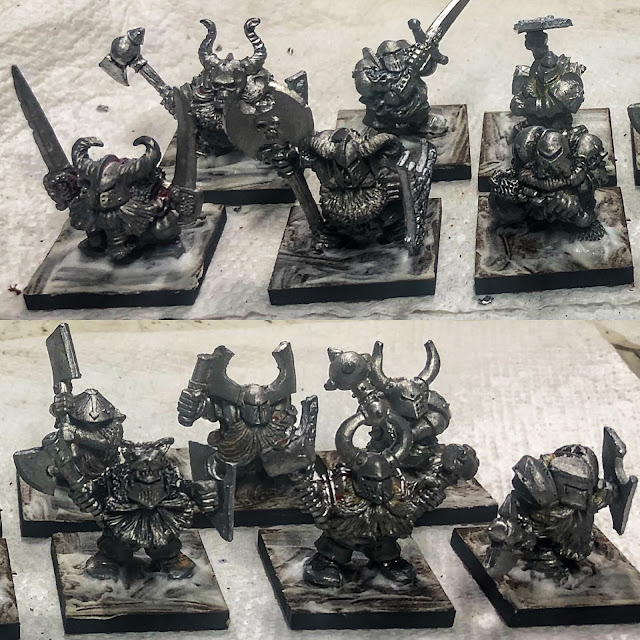 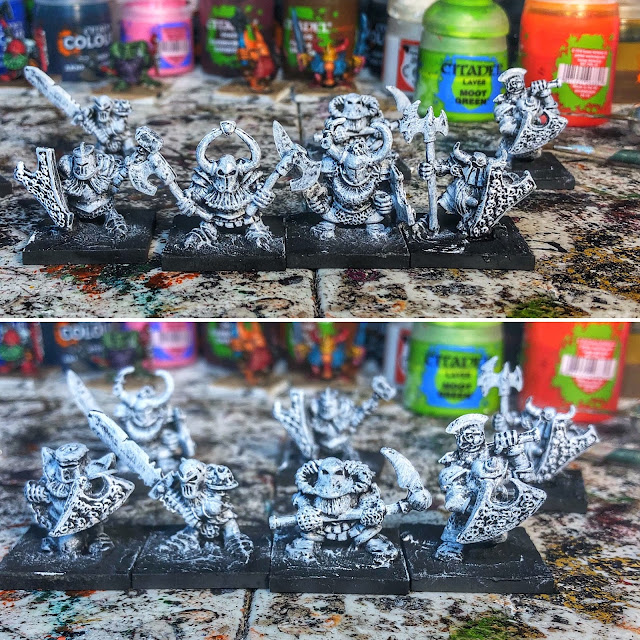 Once complete I should have a robust 32 little bugger's running around and chopping people at the knees.

I decided to paint the Sorcerer first since he is the first mini in the range and the fact that he has a grenade next to his spell scroll was to fun to pass up. 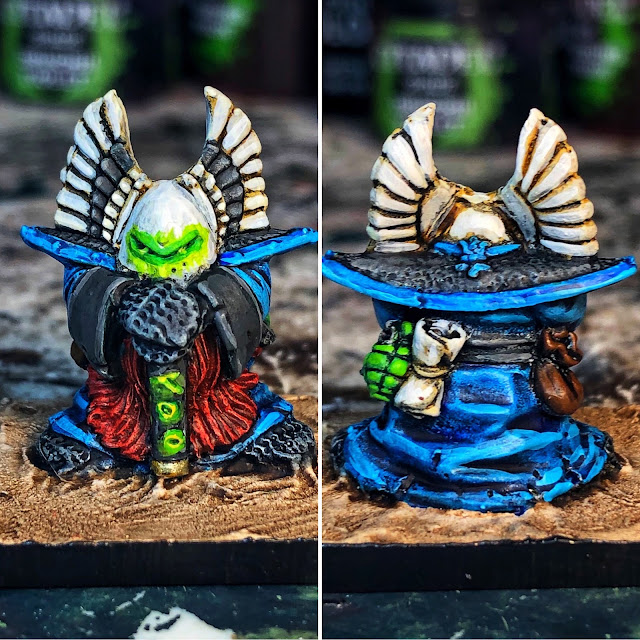 I also wanted to a paint up one of Sjoerd's so decided on this chap with the big sword (must be over compensating his stature I think)  I really fell in love with this sculpt and plan on him being the leader of the warband. 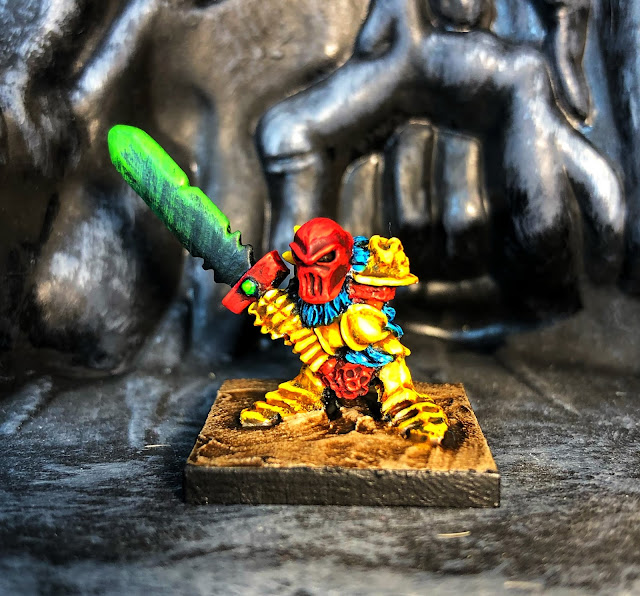 I still need to track down 6 of the MM90's but there is time for searching while I work through the others.  Over the next several posts I will showcase one Marauder and one of Sjoerd's  hope you enjoy tagging along!
Posted by airbornegrove26 at 6:24 AM