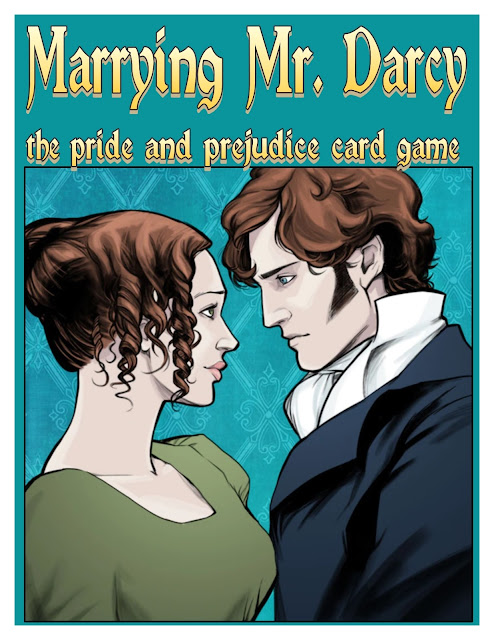 This is actually a pretty fun card game I got for my Wife...since she did all the hosting duties for Monolith-con us boys decided we could play a game she would enjoy.  We chose to play with the Zombie expansion...Lydia found an old basket hilt broadsword to fight zombies with.

Marrying Mr. Darcy is a strategy card game for 2-6 players based on Jane Austen’s classic novel “Pride and Prejudice.”  and also comes with a Zombie Expansion.

The Marrying Mr. Darcy: Undead Expansion adds the threat of the walking undead to the heroines' attempts to build their character and marry well. Why not spice up the humdrum of social pleasantries and chasing suitors with the very pressing need to barricade the doors of Pemberley with the piano forte? Find the love of your life, but make sure they're not afflicted with a curse of the undead in this quirky 20 card expansion to Marrying Mr. Darcy!

The game involves two groups of people from the book.

The Heroines are the unmarried female characters from Pride and Prejudice who are searching for the best possible husband. In the beginning of the game, each player will choose a Heroine which they will play for the duration of the game.  Each heroine has a defining characteristic or special ability that allows for different strategies during play.

The Suitors are the six potential husbands in Marrying Mr. Darcy. Each suitor has different ideas of what sort of wife they are looking for. You must meet a Suitor's requirements before he will consider proposing to you. 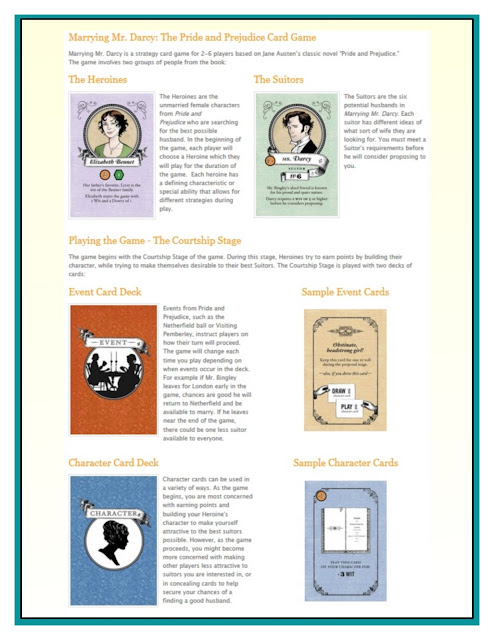 The game begins with the Courtship Stage of the game. During this stage, Heroines try to earn points by building their character, while trying to make themselves desirable to their best Suitors. The Courtship Stage is played with two decks of cards: 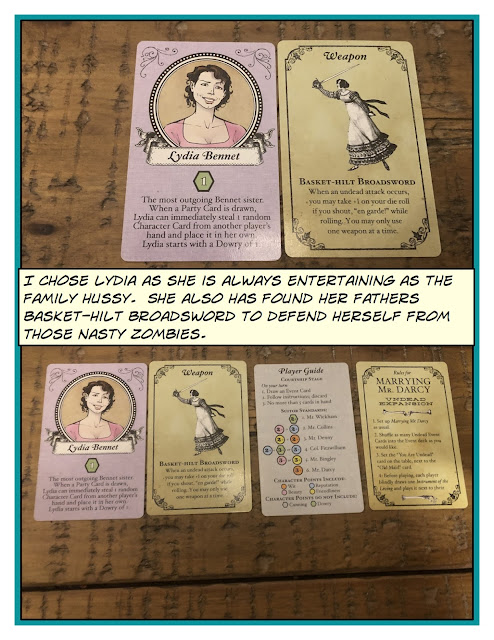 Events from Pride and Prejudice, such as the Netherfield ball or Visiting Pemberley, instruct players on how their turn will proceed. The game will change each time you play depending on when events occur in the deck. For example if Mr. Bingley leaves for London early in the game, chances are good he will return to Netherfield and be available to marry. If he leaves near the end of the game, there could be one less suitor available to everyone.

Character cards can be used in a variety of ways. As the game begins, you are most concerned with earning points and building your Heroine's character to make yourself attractive to the best suitors possible. However, as the game proceeds, you might become more concerned with making other players less attractive to suitors you are interested in, or in concealing cards to help secure your chances of a finding a good husband. 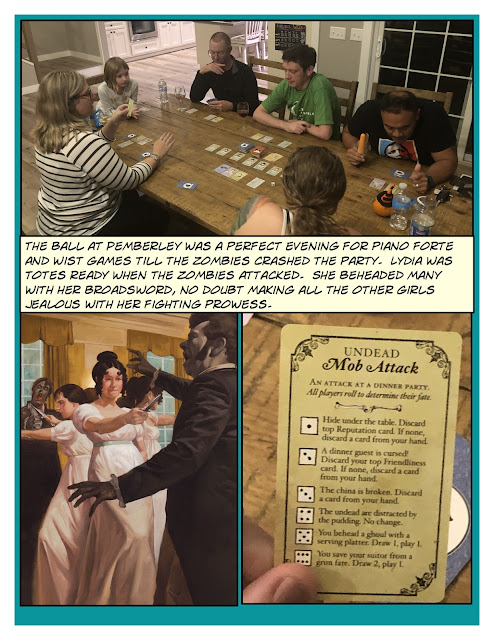 When all Event Cards have been played, the Proposal Stage begins. In this stage, players will roll a dice to see which Suitor proposes to them, decide if they will marry them, and calculate their final score. The winner is the player who has the highest sum total of Character Points from the Courtship Stage, and Marriage Points earned by marrying the best Suitor. 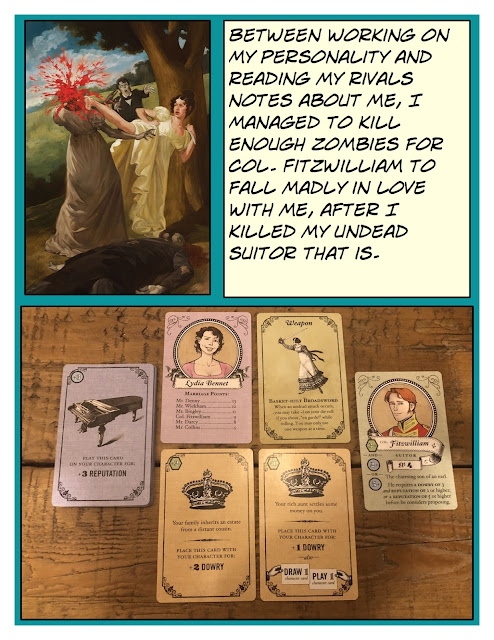