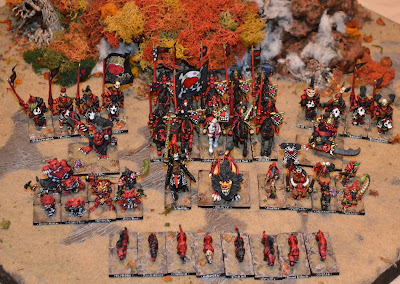 G'day M8's  I'm here today to showcase my chaos army as I field it now.

It has gone through some growing pains since we last looked at it.

I'm finally quite happy with where it is and will call it finished...
for the most part. ;) 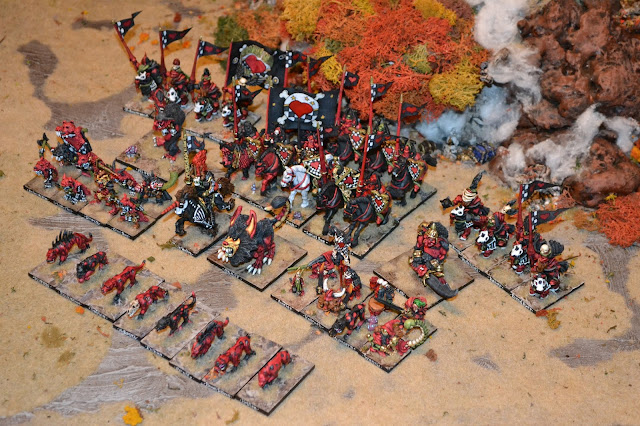 As you can see the army has changed a bit.  With Vasken leveling up and getting rid of his curse, the army has gone through some changes.

I got rid of the chaos foot knights.  After playing a couple games with them they just did not feel part of the army, well I pretty much got rid of that whole division.

What we have now is a trimmed down murderous horde.

At the head is of course Black Vasken on Kringer with his new pet Snarf the manitcore.

The army is built around Kellerman and his Heartbreakers.  I field these both as Marauders and Thugs depending on how big of a game is being played.

Then we have one of my favorite units the chaos dwarf cavalry lead by Three Names.  He has a habit of presenting heads to Vasken.  Yup just tosses them at his feet....like all the time. 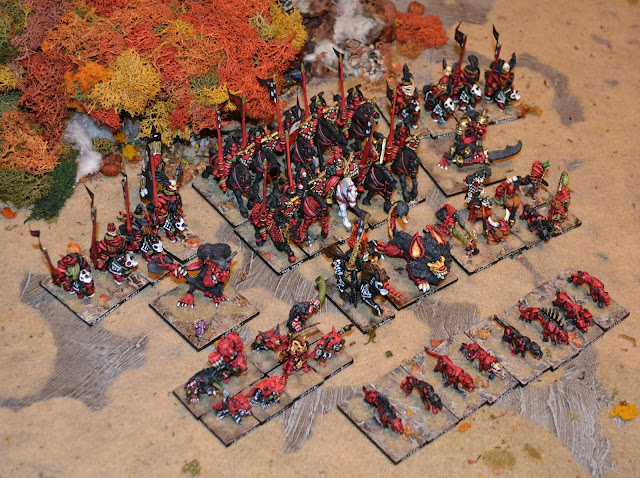 Then there is Nigel and Gav you might have noticed Gav got a bit of an upgrade.  He now has some armor and a giant sword.  The armor knocks out his regeneration and just gives him a normal armor save.  Just a fun way for me to try out different things.

Next is Vollrath and his unit of armored chaos dwarf infantry.

Then another new addition Tomohawk and his feral chaos berserkers.  These guys are completely wild and have fully embraced the bone warpaint of their general.

Then lastly is Mcdeath and his man eating hounds.  Every army should have pets.  LOL

If I get into a really big game I can field more trolls with the Pagan Twins and Sloth my dragon. 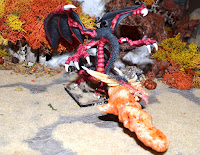 Hope you like the new army.  I'm ready to get it out on the table and see what they can do!
Let me know what you think of the progress in the comments. ;)
Posted by airbornegrove26 at 11:39 AM