I give you Sloth the Foul Dwimmerlaik, Lord of the skies and keeper of the dark depths of the underground!

To quote Tolkien, “His armor is like tenfold shields, his teeth are swords, his claws spears, the shock of his tail a thunderbolt, his wings a hurricane, and his breath death!” 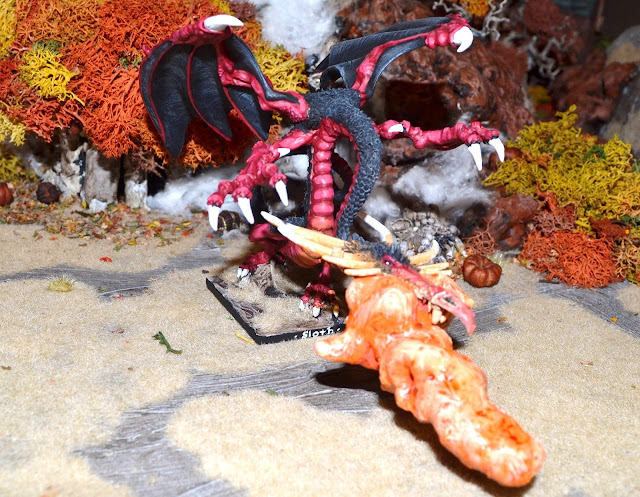 Inspired by Smaug from the Rankin Bass Hobbit cartoon, I gave him some ample amounts of flock on his cheeks and back.  The idea also matches some of my hounds and Nigel the Troll from the rest of my chaos army. 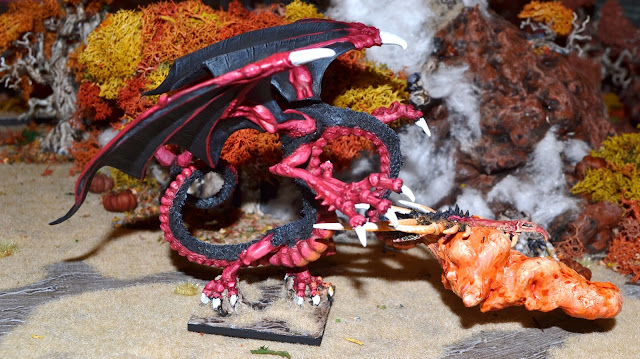 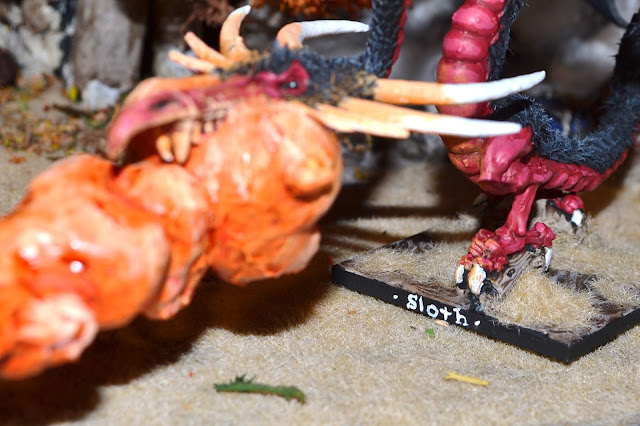 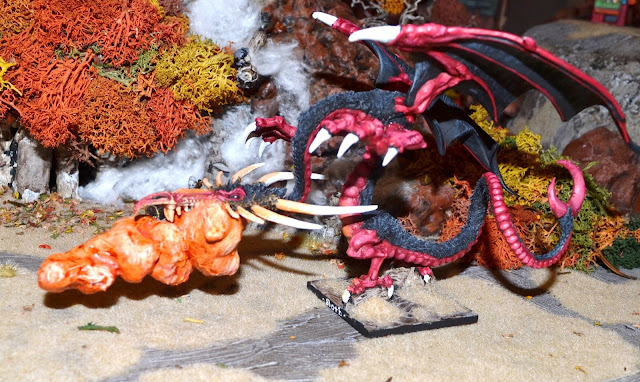 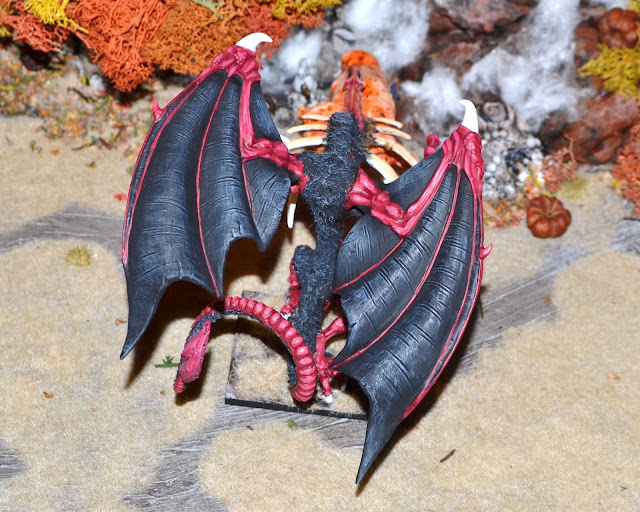 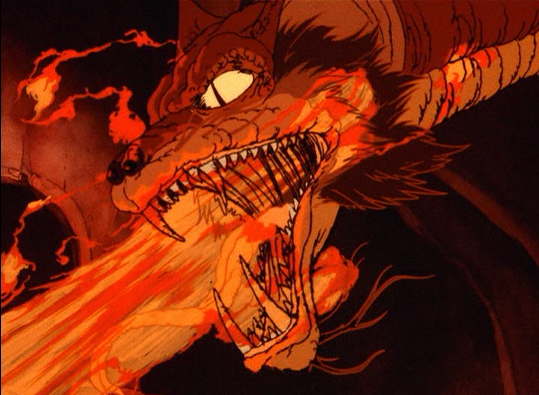 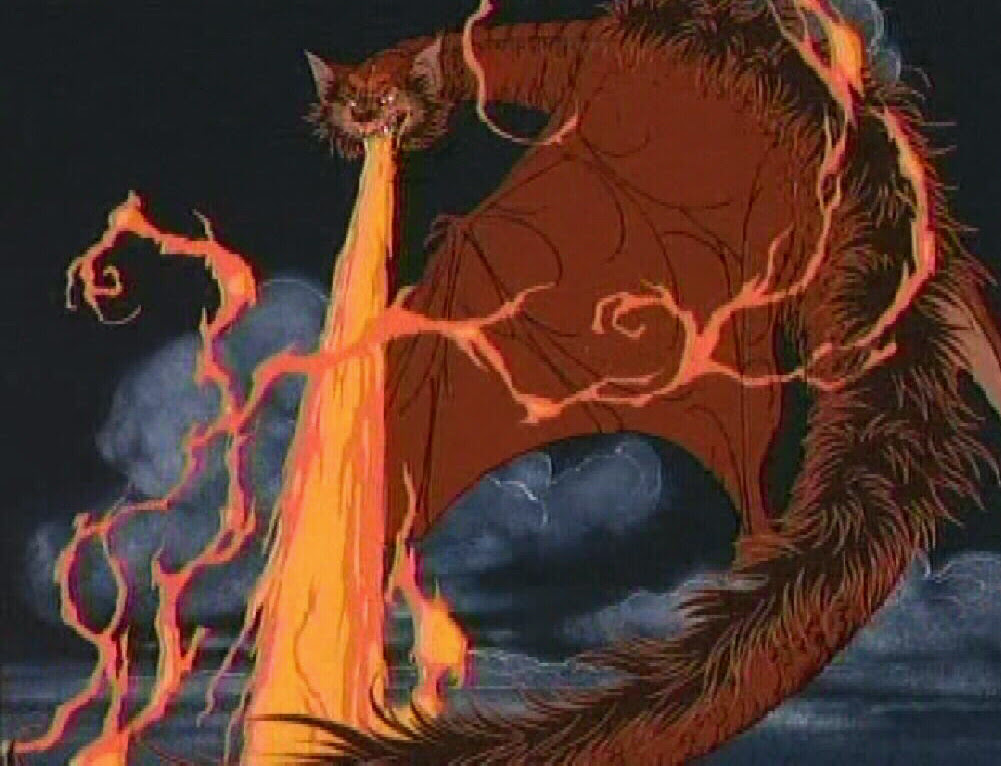 I also decided to give Ol' Sloth flames shooting out of his mouth.  I have had loads of fun with expandable spray foam, and decided to keep it going.  Also through countless searches I have not been able to come up with another single person who has done this online.
What?  No one puts flames on their dragons?!?  Well I think it's a cool look and I hope you do as well. 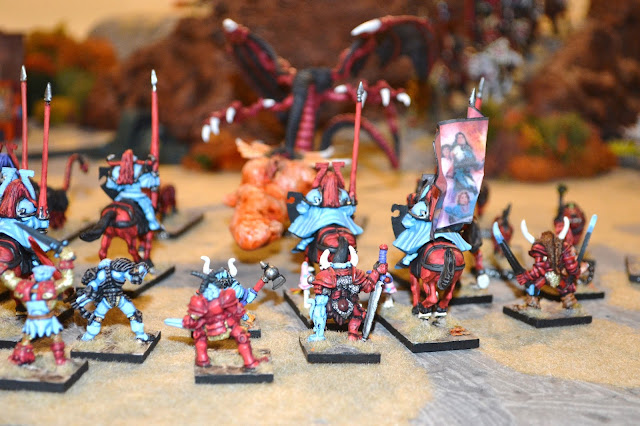 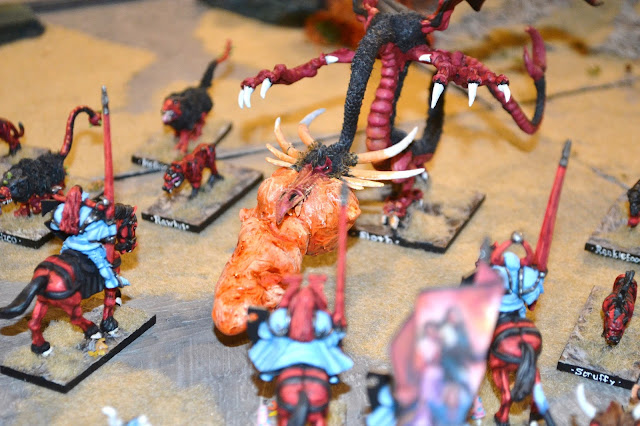 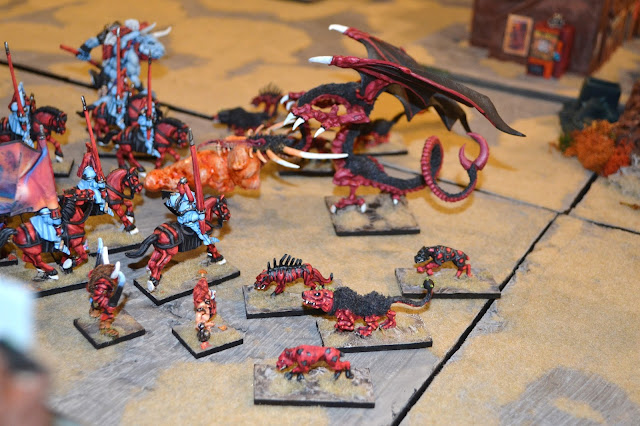 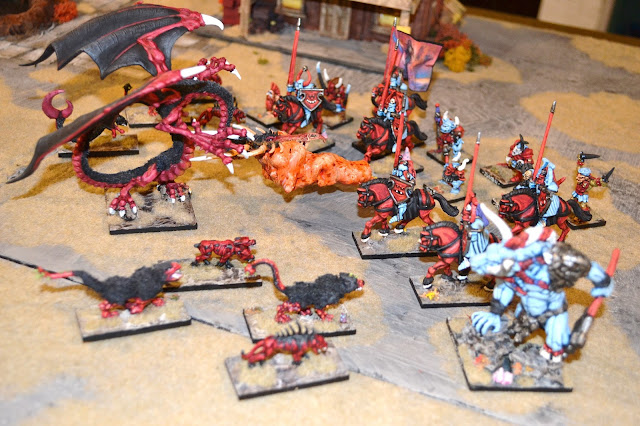 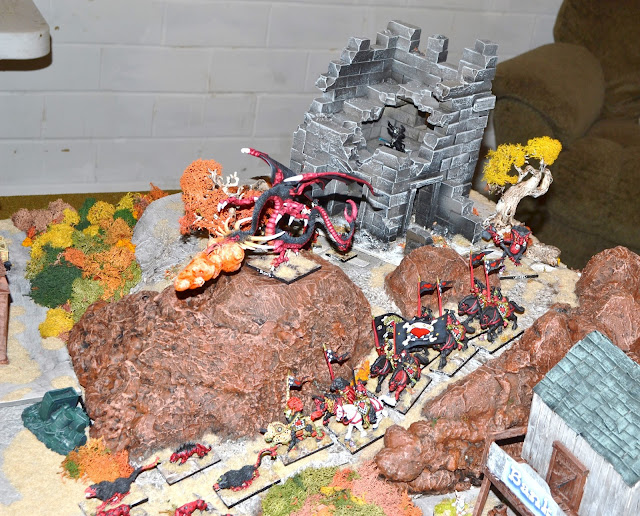 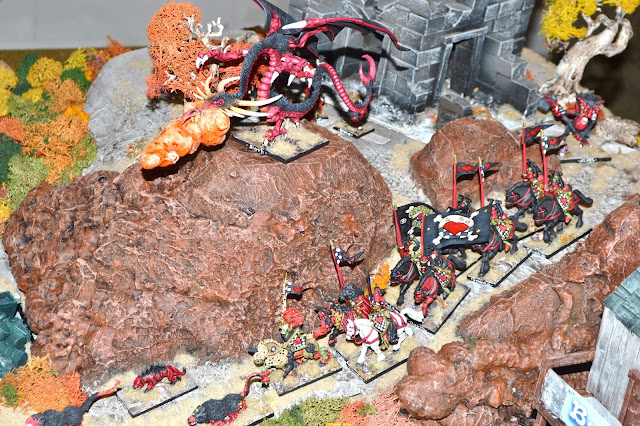 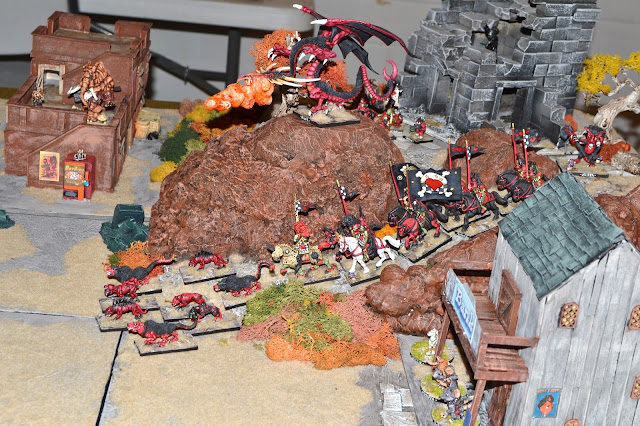 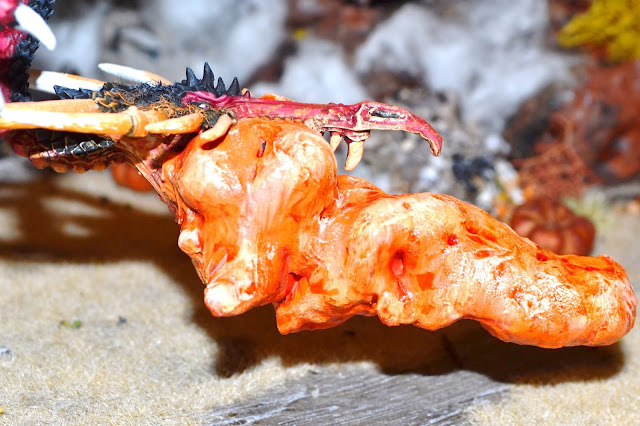 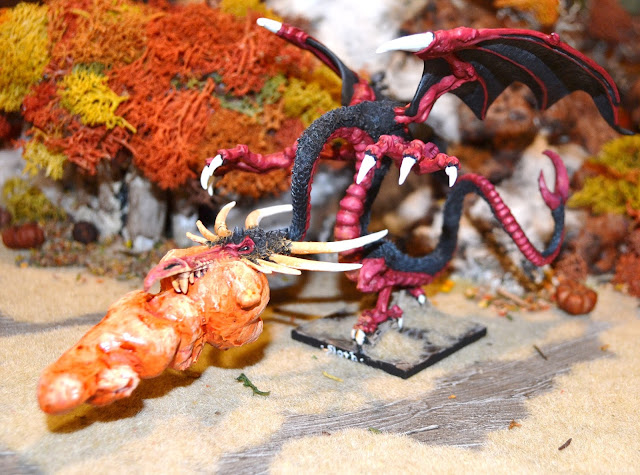 So Sloth will be joining my chaos army mainly for 4th Edition,  I haven't crunched the points yet for him in Third, so we will see.  Rest assured though he will be a regular character in the comic reports from now on.