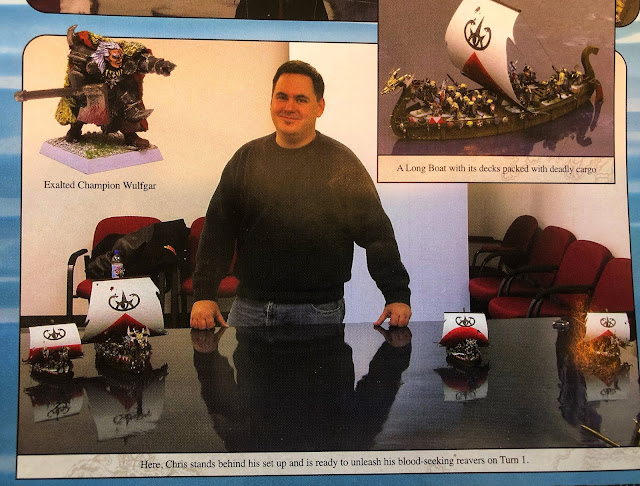 For those of you around the world that didn't get US White Dwarfs I thought I might highlight them so more people can enjoy looking at this army. 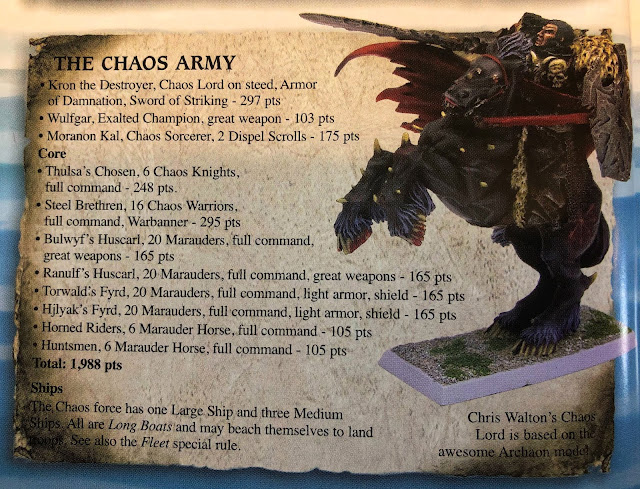 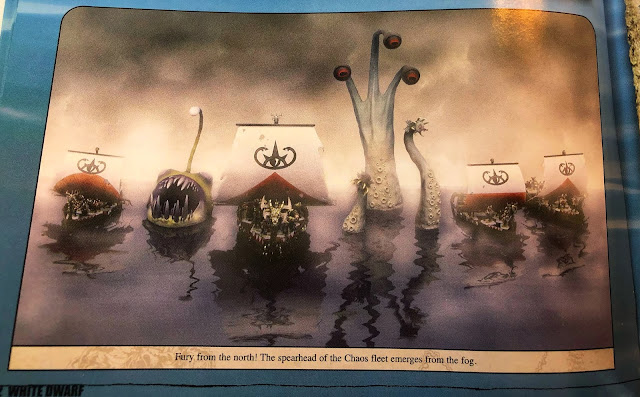 They got featured in one of my favorite battle reports a viking raid on an Empire village in WD 290. It included a naval assault with sea monster rules from the General's compendium. 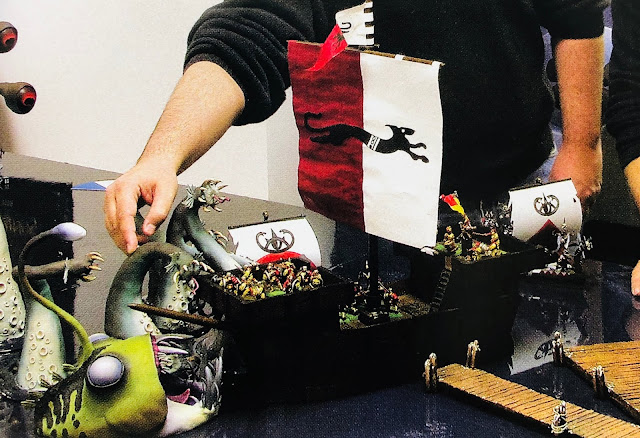 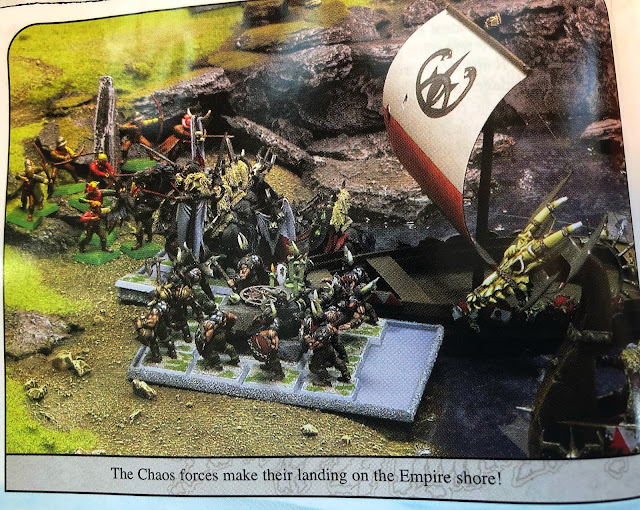 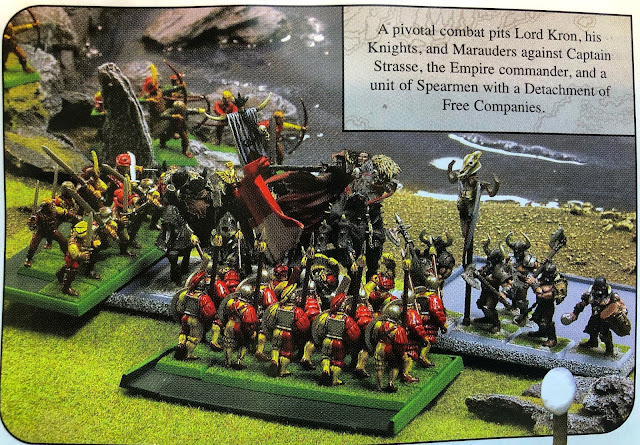 Kron the Destroyer is a simple conversion off the Archaon model by just doing a headswap with a Space Wolf. 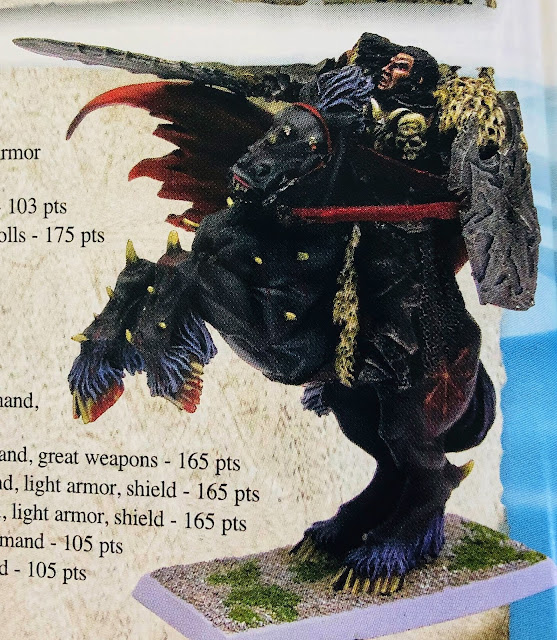 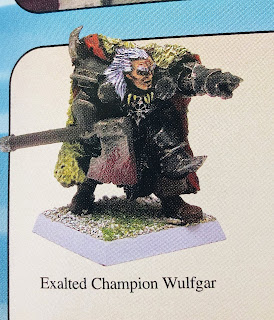 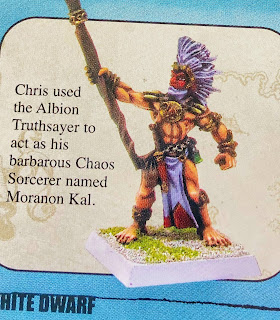 I love the idea of warpainted marauders!  They even managed to hold the horses still long enough. 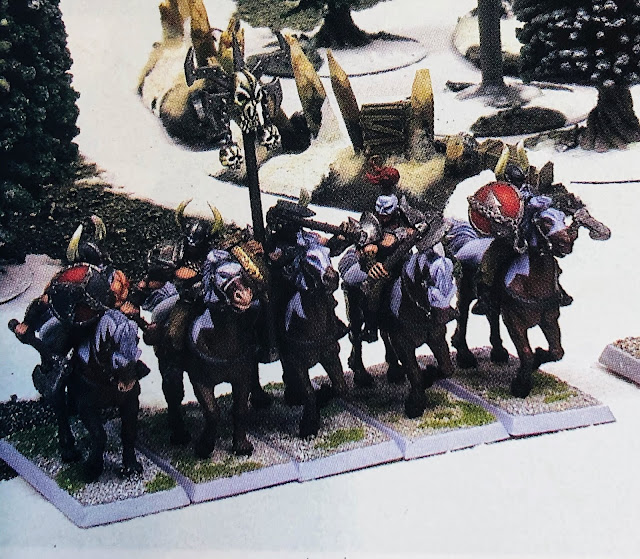 Looks like the Trolls are coming down for a new coat of warpaint too...or maybe they are just hungry. 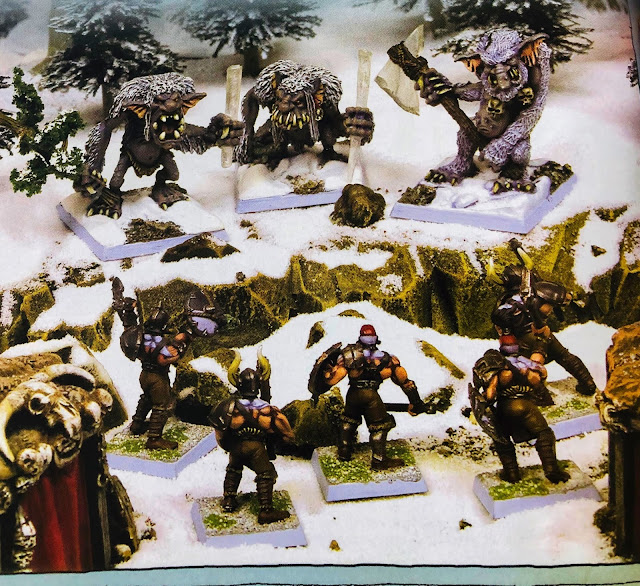 He also had a hobby article where he winterized his chaos chariot into a sleigh chariot. 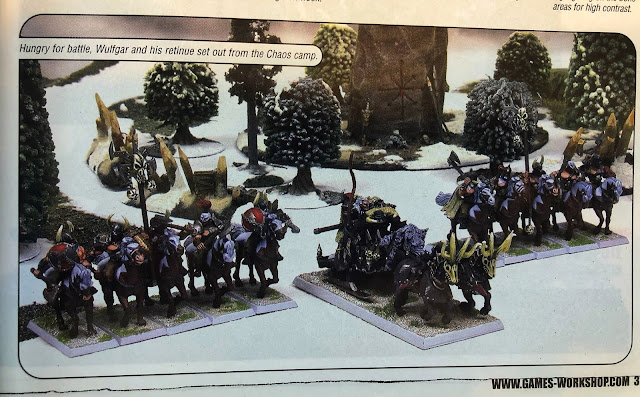 Or should that be "Slay Chariot".  LOL  I'll be here all day folks. 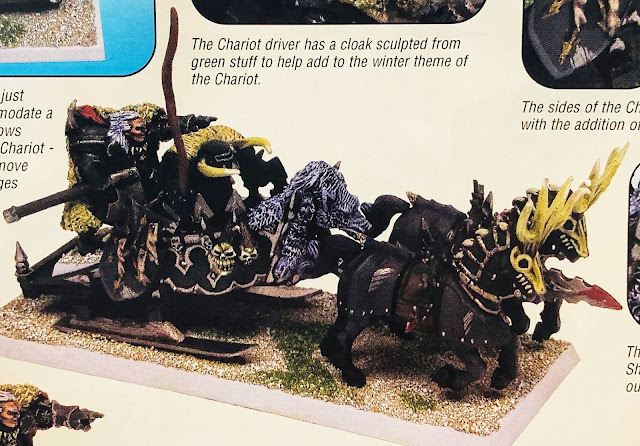 I hope you enjoyed this highlight of a fantastic army, and I'm keeping an eye out for other great armies to highlight next time.
Posted by airbornegrove26 at 9:26 AM