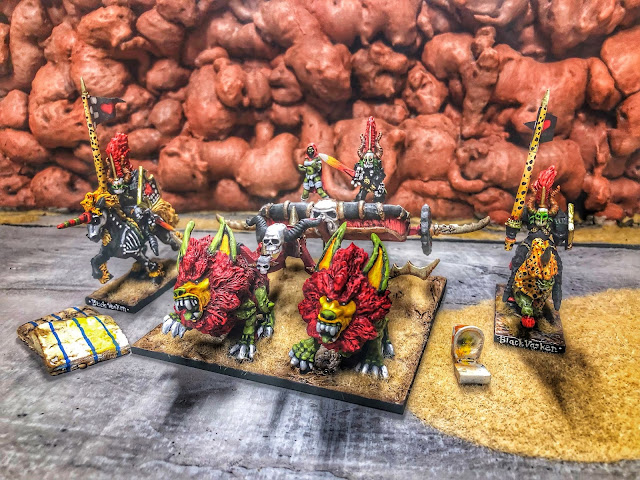 The idea for foot Vasken came from an earlier post on Eternal Champions.  Schmendrick just did not become the army leader I had orginally hoped.  Black Vasken on the other hand has risen through the ranks and has several versions already. 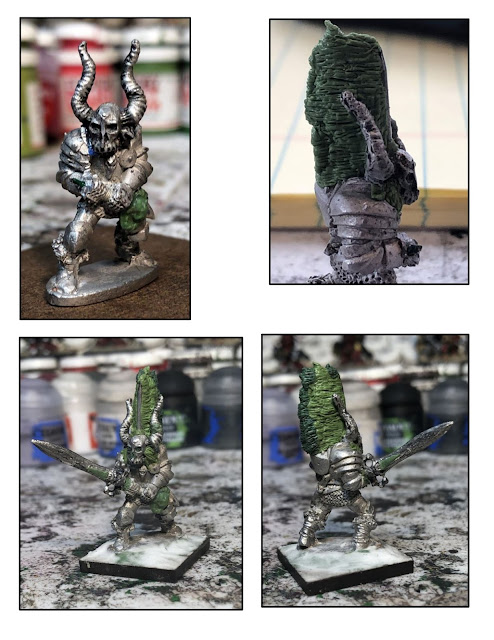 I thought it time for him to have a foot version, and what better time then right after my paint a Trish entry of a rearing Marauder Unicorn conversion.


As you can see I've used a grenadier chaos warrior body, chaos knight head, and the sword from a 4th ed Necromancer.  The frill and any embellishments have all been sculpted with green stuff. 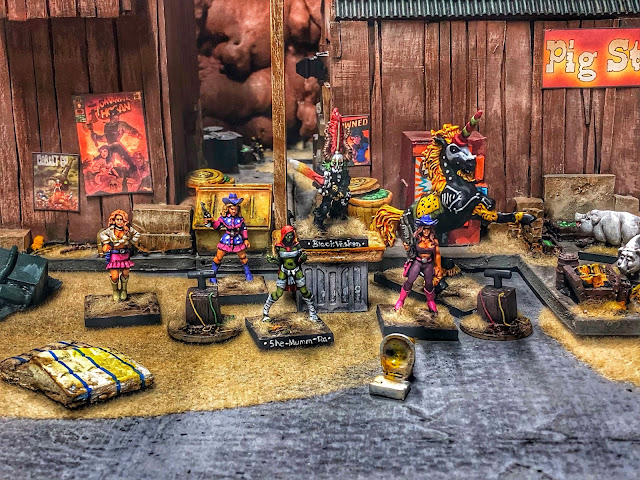 Here we have black Vasken atop his back alley throne. 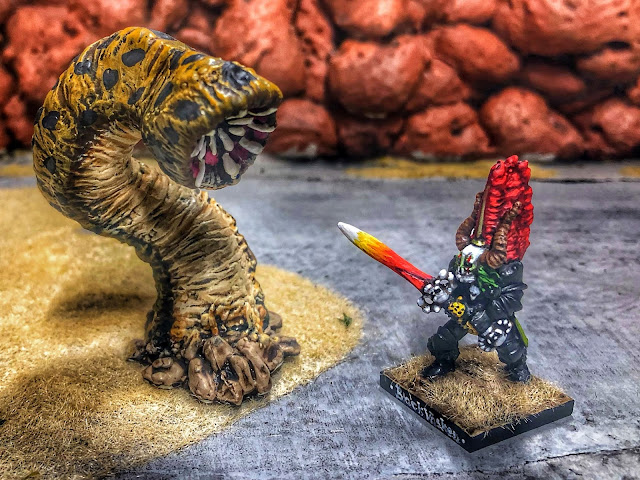 When he is not doing that he is usually wrestling with giant worms. 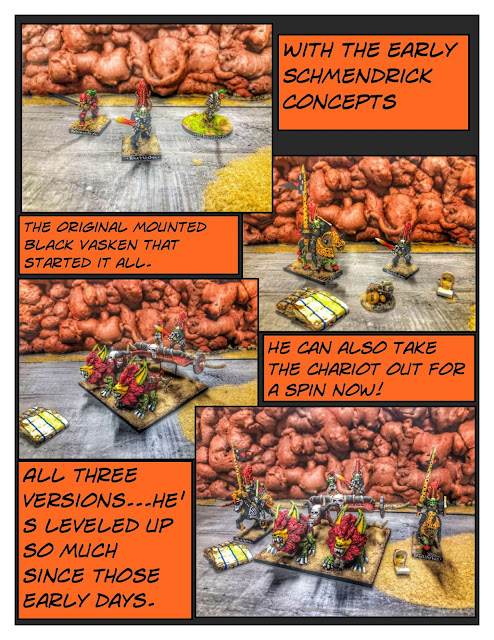 And finally with his trusty mount Kringer 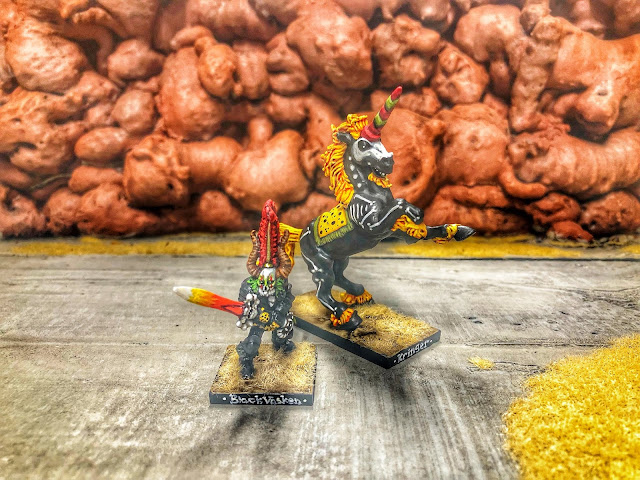